Tips to help you succeed

Do the grammar gods make you quake in your boots? The ACT is an equal opportunity crucible of stress—we've yet to meet somebody who feels equally confident about their skills in every section. But not to worry, we've got you covered.

The ACT English Test is a multiple-choice exam, designed to measure some important writing and language skills. Technically, you've got 36 seconds to spend on each question, since there are 75 multiple-choice questions you'll have to answer in 45 minutes. Here's our suggested plan of attack for this section of the exam:

If it helps, think of the questions on the ACT English Test like an experiment or equation gone wrong—your job is to find and correct the errors. Our job is to ease all of your worries before test day.

If you could analyze data sets or graph parabolas all day long, but the idea of locating a comma splice makes you sweaty, we're here for you. Here are some common concerns from people who think of themselves as strong on the other side of the brain. 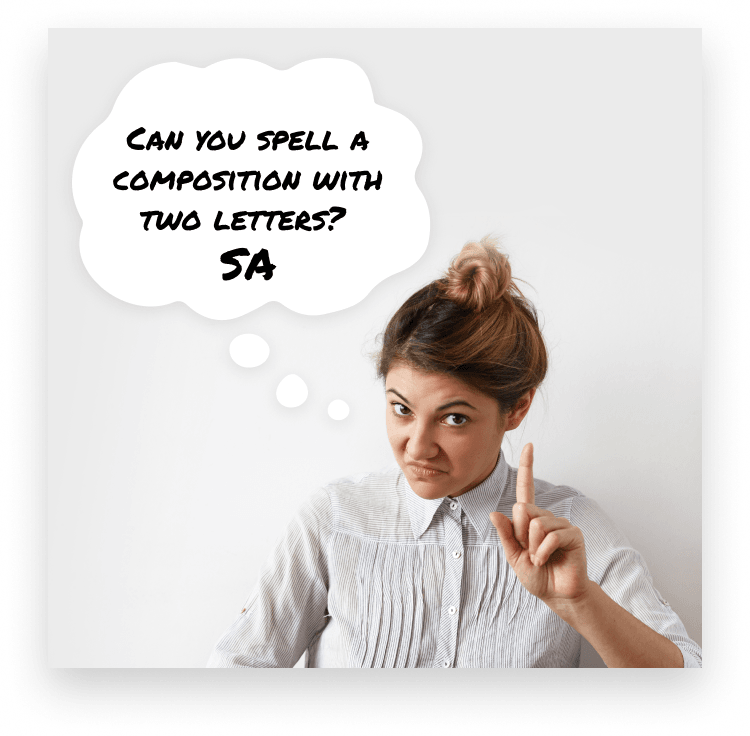 You're in luck! Spelling errors are not tested on the ACT English Test unless they're also grammatical errors—think than/then, its/it's, their/they're/there, etc. For more on those types of errors, check out our list of commonly confused words.

Concern #2: What if I get stuck on a question?

With only 45 minutes to cover 75 questions, that should break down to 36 seconds per question. Thankfully, these questions aren't as in-depth as the ones you'll see on the Math/Science tests. While solving for x or setting up an experiment both take some time, many questions on the English Test simply involve choosing the best word for a sentence or eliminating a comma splice.

If you find yourself hemming and hawing on a grammar or punctuation question, bubble in a random answer and mark it in your test booklet to come back to it after you've answered the remaining questions. Spending too much time agonizing over one answer might force you to rush and make careless mistakes on the rest of the test. In the grand scheme of things, it's much better to miss that one tough question and ace the rest.

With that said, there are some questions on the English exam that might take a little longer, particularly the ones where you're asked to identify the best place to add a sentence or determine whether the author should remove a certain paragraph. Good news: Since more than half of the questions are those super-quick grammar/punctuation ones, you'll be able to devote more attention to the difficult questions.

Concern #3: What if it seems like there's more than one right answer to a question?

We applaud your scientific powers of observation: It's supposed to seem that way. The English Test is full of question stems asking for the best choice, the most effective transition, the clearest description, and so on. This caveat means that more than one choice may technically work in the sentence—but don't start calculating permutations on the answer sets just yet. Those keywords (best, most effective, clearest, etc.) will become your new best friend on this test. They serve as giant red flags yelling, "Hey! Don't just rush through and pick an okay answer for this question!"

Beyond that, these phrases also generally precede an important clue to the right answer. For instance, say a question asks you to choose the "clearest transition from Paragraph 2 to Paragraph 3." In this case, re-read each paragraph, have a DTR (define the relationship) chat with both paragraphs, then select the transition word that makes this relationship crystal clear.

Bonus Tip: If you've done all you can to eliminate answer choices and are still stuck, remember that one of the ACT's favorite things to test on is economy —not the stocks and bonds kind, but the precision and concision of writing short sentences. This "short but sweet" preference means that a good guessing strategy is to choose the shortest answer choice. Even if it's only shorter by one word or includes one less comma, the very fact that it's shorter is music to the parsimonious ears of the ACT graders.

Concern #4: What if I don't do as well on this test as I do on the Math/Science Tests?

First of all, don't count yourself out yet. With some targeted studying and efficient work on test day, your English score may end up surprising you. In the event that you really don't score as highly as you had hoped on the English Test, try not to freak out about it! Everybody has their strengths and weaknesses. For every budding Einstein who's stressing about the ACT English Test, there's a future Hemingway who's sweating bullets over the Math and Science Tests.

Plus, keep in mind that the ACT uses composite scoring—so if your target score is a 26, that should be the average of all four of your test scores. Even if you strike out on the English Test, you still have a shot to achieve your target score by knocking it out of the park on the Math and Science Tests.