If it's not being the fastest across the monkey bars, then what makes an organism fit? It simply comes down to whatever helps an organism survive long enough to reproduce. You're only as fit as your hand-me-down genes.

There are three types of natural selection:

Let's start by talking about the phenotypic spectrum. We know…sounds all mysterious to us too, but it's all about to become clear with the magic of example.

Take a population of not-so-cute, completely fictional, wiggly earthworms and give them two extreme and opposite phenotypes. Some earthworms in this population are thin skinned and can't take a joke. They're also super wiggly since their thin exteriors allow greater flexibility to slither their way through mazes of grass and rocks. Other earthworms in this population have thick skin. Not only can they survive a range of insults, these worms are more likely to survive being stepped on by pedestrians. They might not be very flexible, but surviving the assault of a high heel is obviously a desirable trait if you're an earthworm. 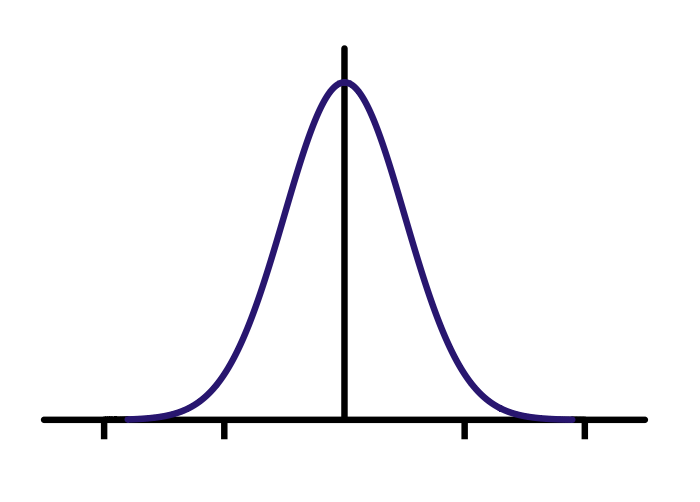 If we measure the skin width of our imaginary worms and plot it out, it'd look something like this. (Source)

Very thick and very thin. These are the two extremes of skin width in our earthworm fairy tale. Most earthworms in the population have skin that is somewhere in the middle. Maybe some on the thick side, a hair on the thin side, and so on.

The majority of skin width falls in the middle of the two extremes, at the mean. This distribution of a particular trait is called the phenotypic spectrum. Now carefully pick up a few of these wigglers and test their fitness in different environments. How might the environment of an earthworm affect its natural selection? 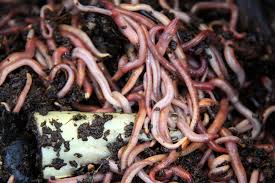 Imagine we put the earthworms in an environment where they would need to be very agile as to avoid being killed by a pair of running spiked feet. Sounds like a scene from Indiana Jones, if Indiana Jones were a worm. But we're thinking more like a baseball field, with cleated athletes running the bases.

Natural selection that favors the mean of the phenotypes, or the traits right in the middle of the two extremes, is called stabilizing selection.

So when this population of stabilized earthworms reproduces, the next generation is going to look a lot like the previous. We'll still have a bell curve and the majority of the population is not too thick, not too thin, but just right—the Goldilocks of earthworms. Now we have less variety in the population, and the two extremes wouldn't be as extreme anymore.

If stabilizing selection means the middle of the road is favored, then directional selection is when one extreme or the other is the phenotype of choice.

In this case, our earthworms might be in an environment where there is a lot of foot traffic but no real need to slither quickly away through grass. Maybe our wiggly friends are on the sidewalk outside the baseball stadium. Those earthworms are going to need some pretty thick skin to survive the rush of fans leaving the game, especially angry ones from the losing team.

These thicker-skinned earthworms survive more stampedes and are then able to reproduce, making more thick skinned wigglers. The result is that the next generation also has thicker skin. After several generations, the mean of the phenotype has changed, favoring one side of the bell. Now we have a shifted curve, and there is less variety.

Disruptive selection is really disruptive, hence the name. In this example, we'll pick up these slimy guys and put them in an area where both phenotype extremes are favored, like a place where there are two extreme environments.

So let's relocate our worms to an area outside the baseball stadium with a few concrete paths dotted with a few grassy sections. Most people can read the signs telling them to keep off the grass. Although there is only one population of earthworms here, there are two environments for them to hang out in. Thicker skin is favored near the pavement while thinner skin is favored on the green. There really is no place for our Goldilocks worms here; the porridge is just too hot or too cold.

The result? A bimodal pattern where there's greater variety at both extremes of the phenotype.

Bottom line: directional, stabilizing, and disruptive selection change the mean and variety of a phenotype within a population.

Okay. Earthworm experiment finished. Feel free to throw them in your bait and tackle box and try them out as fish food.

Natural selection can do the craziest things. An insect called the South American Fulgoroidea evolved a head that looks like a scary multi-toothed alligator to avoid being eaten.