Mechanisms of Evolution - The Origin of Species

The Origin of Species

Stop us if you've heard this one:

There once was a man on the Beagle
This Darwin, studied finches and seagulls
Species that he collected
Hinted they were naturally selected
An idea some thought quite illegal

When Charles Darwin started his studies on the H.M.S. Beagle in 1831, he wanted to study what made nature tick…or maybe he was just looking for an opportunity to buy a sweet backpack and fill it with tons of composition books. Either way, Darwin was a naturalist who spent five years traveling by ship to chart the world. While traveling the ocean blue, he kept a detailed diary of the organisms he saw at each pit stop, often collecting specimens to take home with him to England. His most famous specimens were finches. Bet his crew was glad he didn't choose to study spiders.

Darwin took birds from South America and the Galapagos Islands, off the coast of Ecuador, back to his naturalist buddies at home. They confirmed that the birds Darwin collected were different species of finches to the ones they had in England.

But what makes Finch A (we'll call him Jeb) a different species from Finch B (Irene)? A species is a group of animals that can exchange genes (aka go ask your dad). So if Jeb and Irene can't make baby finches, that means they're part of the finch family, but distinct from one another. 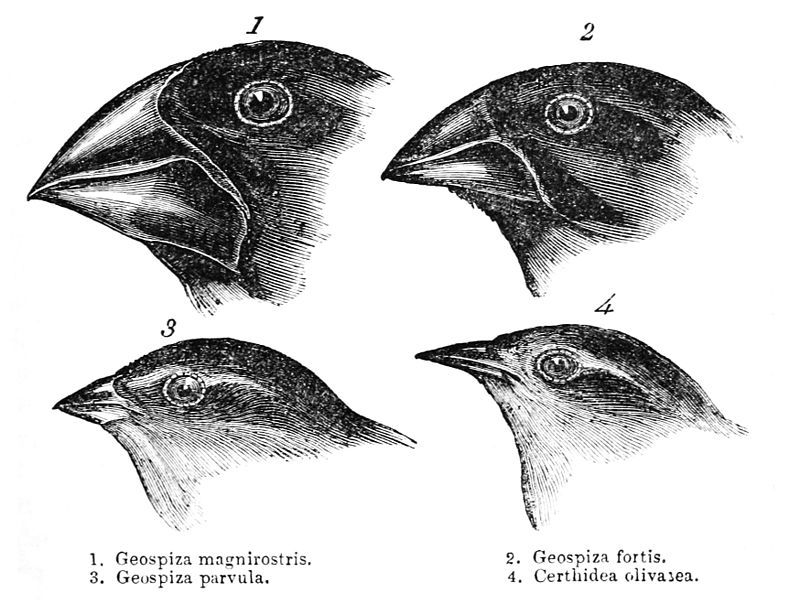 Darwin kept meticulous notes and drawings on the species he encountered. (Source)

What made these species different? Was it possible they were ever the same? Darwin believed a few South American finches must have flown off to the Galapagos. Boy, their arms must have been tired. Over time, they had become a new species of finch. Time and space had resulted in their evolution.

It occurred to Darwin that the driving force behind evolution of new species was a process he called natural selection. If a certain trait helped the finches survive in the Galapagos, then those finches lived long and prospered. That new beneficial trait would then be passed to their offspring.

Say what? Basically, Darwin thought that all organisms were originally derived from the same ancient ancestor. If we trace this way back to the beginning of life, this was probably a single-celled organism. 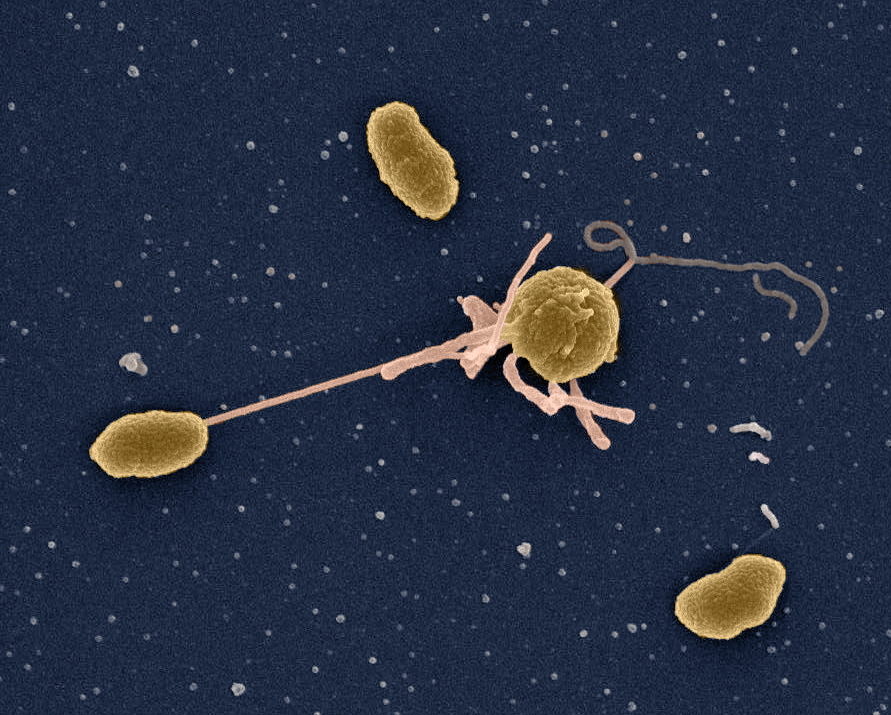 Darwin wrote gazillions of pages detailing his ideas about the organization and evolution of life. This page from his notes famously describes different species labeled "A" through "D" as branching off from a common ancestor, marked as "1." Darwin called this concept, "common descent with modification." 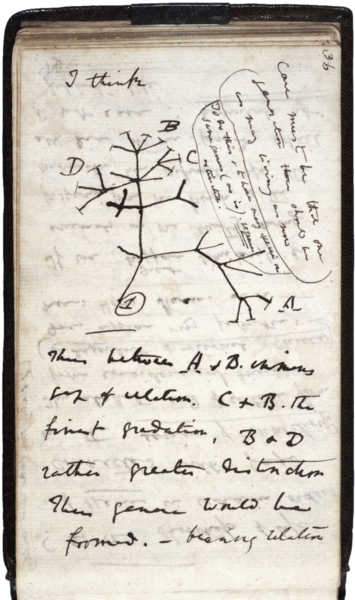 We wonder if even he could read his handwriting. (Source)

You can think of natural selection as putting a population on a black licorice-flavored diet. Not everyone can handle such a strong taste all day long. Those that can will stick around and fill up on the twisted candy—eventually having lots of licorice-loving kids. Eventually, we'll have naturally selected a room full of people who can't get enough licorice. Darwin's novel and controversial ideas on evolution, unfortunately licorice-free, were published in his book, On the Origin of the Species by Means of Natural Selection.

As smart as Darwin was, there were a few things he didn't know. It would be a long time before DNA, a heritable material, was discovered. Once DNA was discovered, we could explain that finches sport differently shaped beaks because they possess different genes for their snazzy bills. The physical traits Darwin described, or phenotypes, were influenced by an organism's genetic makeup, or genotype.

For example, take a species of finches with small beaks that are perfect for eating teeny tiny seeds. Some members of the population might have a range of beak sizes, but they are all small compared to the beak sizes of a different finch species. The small-beaked finches can reproduce with each other regardless of where they fall in this range. Since they can make cute little baby birds together, they are still the same species. These guys just have different alleles, or variants of the gene that code for beak size.

Think of dogs. An Irish wolfhound and a Chihuahua are the same species of animal, but they are sporting a mighty different set of alleles. And if the Chihuahua can figure out how to woo the wolfhound, they could have weird

Just to complicate things further, some phenotypes are influenced by multiple genes. We call this a polygenic trait. Like, a trait that's so popular, all the genes want to be a part of it.

Darwin's hobby was his work. When he wasn't studying organisms for his research, he was breeding fancy-shmancy pigeons in his backyard. Sheesh…enough with the birds already.