That's a Fine Pair of Genes You're Wearing

Don't judge a book by its cover. Everyone's heard that, right? Everyone but the peacocks, that is. Peacocks can be totally judgmental. After all, a junky paperback book is filled with words a peacock can't read. Peacocks generally aren't interested in books. Peacocks are interested in other peacocks—especially the fancy-pants ones. Do they judge another bird by its looks? You bet your plumage they do. Although this is the antithesis of what we're taught as kids, it's actually a pretty common concept in nature. It's the basis of sexual selection.

Evolution is all about the ability of a species to reproduce. What's the purpose of life, if not to make babies and pass on your genes? Sexual selection describes when an organism chooses a mate based on some phenotype that makes it more attractive. It throws random mating right out the window. Bye-bye, Hardy-Weinberg principle. Hello, evolution.

An organism can't choose a mate based on its genotype. Not even the best X-ray vision allows us to know someone's DNA just by looking. Phenotypes, however, are the physical consequence of genotypes, and these are fair game.

When it comes to choosing a mate based on looks, a female peacock is picking a mate with better genes. A male peacock with brighter, fuller feathers might be healthier, stronger, and disease-free. A peacock with the most bling for plumage will attract the most mates and pass on its genes to a greater majority of the population. Its alleles will therefore increase in frequency. 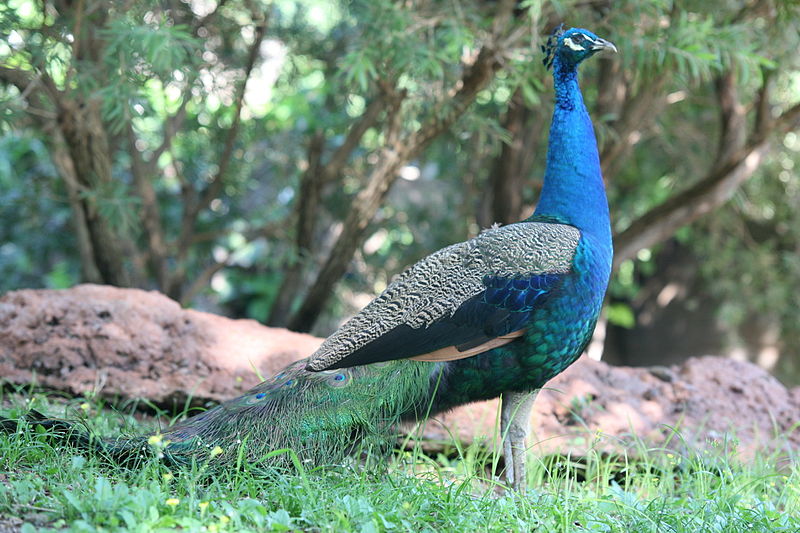 A male peacock's plumage attracts a mate. The prettier the plumage, the more likely a female will take notice. (Source)

In a species of dance flies, the males court their partners by bringing them delicious bite-size gifts or pretty tokens of affection. In this example of intersexual selection, mates are chosen not only for the quality of the morsel, but also for its size. When it comes to picking a mate, the female prefers smaller flies carrying smaller gifts. Surprisingly, she may be choosing the most sensible mate who doesn't try to carry gifts too large for it to handle. Indirectly, what these females are really doing is choosing mates with the best ability to fly.

Sometimes the girls are impressed when a peacock struts it stuff, sometimes they're not.