Chemistry can seem a lot like a foreign language. It's all about learning the lingo. Let's jump right in and get a little terminology out of the way. 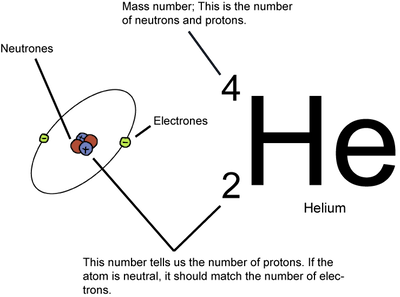 In most cases, atoms of a given element do not all have the same mass. Atoms that have the same atomic number but different mass numbers are called isotopes. In other words, isotopes are elements that have a differing number of neutrons. We knew there was more to being a neutron than just being neutral.

Isotopes of the element Hydrogen (H).

Check out the diagram above. Notice the changes in the symbols of the three hydrogen isotopes. The only difference is the mass number which is located at the top to the left of the elemental symbol. This is just another way to rephrase what we've already said: Isotopes are the same element with differing numbers of neutrons. Don't you love how chemistry makes sense sometimes?

Check out this website daily for NASA'S Daily Astronomy Picture of the Day. Check out the archives for some incredible and unbelievable images of all things space.