A non-scientific person might think a molecule is a fuzzy furry rodent, but we know better. A molecule is just a combination of two or more atoms. Easy peasy. 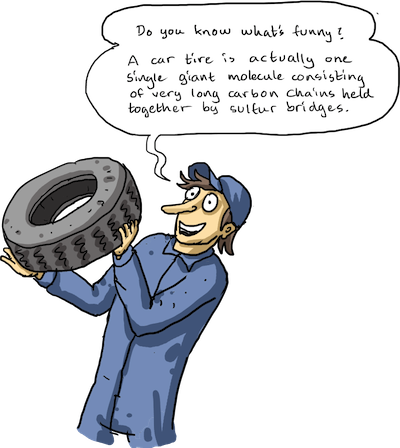 A molecule can contain atoms of the same element, or a molecule may contain two or more elements joined together in fixed ratios. Remember the Law of Definite Proportions? It says that different samples of the same compound always contain the same elements in the same proportion by mass. In other words, water molecules are always made of one oxygen atom and two hydrogen atoms bonded together. It's all coming together.

A molecule is not necessarily a compound, which by definition is something made up of two or more elements. Say what? Consider hydrogen gas, H2, which is a pure element. It consists of molecules made up of two H atoms bonded together. H2 is therefore a molecule but not a compound. If we're going to get all technical, H2 is a diatomic molecule because it contains only two atoms.

There are several elements that exist in nature as diatomic molecules. We've already discussed hydrogen, but did you know that nitrogen (N2), oxygen (O2), fluorine (F2), chlorine (Cl2), bromine (Br2), and iodine (I2) also exist in nature as a diatomic? A diatomic molecule can also contain atoms of different elements. A few examples that come to mind is hydrogen chloride (HCl) and carbon monoxide (CO). 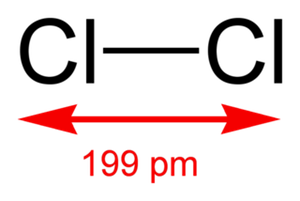 Chlorine is a Diatomic Molecule. (Image from here.)

Water (H2O), on the other hand, is a molecular compound because it contains hydrogen and oxygen bonded together in a ratio of two H atoms and one O atom. Two hydrogen atoms bonded to one oxygen atom is also known as one molecule of water. 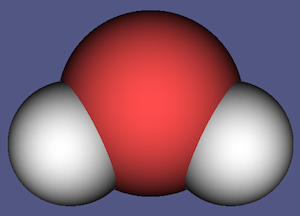 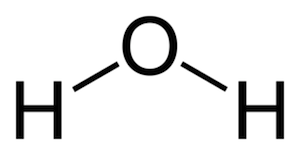 Water (H2O) is a compound and a molecule. (Image from here and here.)

The majority of molecules contain more than two atoms. They can be atoms of the same element such as ozone (O3) which is made up of three oxygen atoms, or they can be combinations of two or more different elements. Molecules containing more than two atoms are called polyatomic molecules. Water, yet again, falls into this category. H2O contains two hydrogen atoms and one oxygen atom, which makes three atoms.

What is the chemical formula for a type of candy? CHoCoLaTe.