Take a minute and look around the room. Those six-month-old jellybeans are still sitting on the desk, the pile of junk mail is still building in the corner, and the sad inkless Sharpies are still hanging out in the pen cup. (Don't worry; we'll never throw those markers away. They're safe with us.) Things seem to be in relative order, right? Nothing is falling apart or floating around the room? We hope not. What is it that keeps the universe ordered?

There are several answers to this question, some more complicated than others. On the simpler side of things, we can consider chemical bonding to be a big reason for why the matter around us stays organized and in the correct place. In a way, chemical bonds act as a type of organizer; only we can't customize chemical bonds to fit wherever we want. What exactly are these chemical bonds, and how do they work?

One of the simplest chemical bonds is an ionic bond. Ionic bonds hold two molecules together using a simple principle: opposites attract. Consider your refrigerator door and the souvenir magnet you bought on your last vacation. Upon arriving home from your travels, you most likely took your new souvenir magnet, which is positively charged, and stuck it to your negatively charged refrigerator door.

Atoms, called ions when they possess a charge, act in the same way. Using the example of the magnets on the fridge, we'll look at this phenomenon using the case of sodium (the souvenir magnet) and chlorine (the refrigerator door). 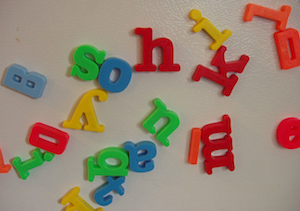 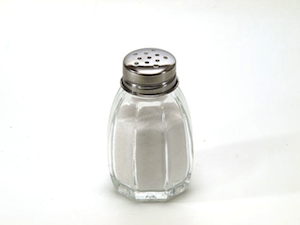 Like "A Boy Named Sue," ionic bonds have unique characteristics that distinguish them from other types of bonds. Ionic bonds are most often between a metal and a non-metal. A rule of thumb is that the further apart atoms are in the periodic table the more likely it is that they will form an ionic bond. Substances containing ionic bonds will dissolve in water, and this solution will be able to conduct electricity. (Shocking.) Finally, ionic bonds cannot happen unless ions are involved. Unfortunately for ionic bond enthusiasts, not all matter exists as ions. What's a non-charged atom to do? Rely on the covalent bond, that's what. Covalent bonds differ from ionic bonds in that covalently bonded atoms actually share electrons. That's right; atoms involved in covalent bonding must really like each other. In order to be stronger, they agree to happily share electrons with each other. Covent bonds continue to be the yin to ionic bond's yang. Since covalent bonds occur between non-metallic atoms, they are not soluble in water and they cannot conduct electricity.

Woof, there it is! These dogs know a thing or two about bonding.