Stuck in a Structural Rut? It's Time to Rearrange.

The endless possibilities of hydrocarbon configurations are oddly similar to the pantry competition on Top Chef. In this competition, chefs are given access to the same supplies in the pantry and are asked to create a meal. Contestants are judged on their creativity and, even though they all start with the same ingredients, no two meals ever come out the same.

Isomers, compounds that have the same molecular formula but different structural formulas, work in the same way. All the atoms (ingredients) are the same, but the arrangement (meal) is different. And, like the way the different cooking methods of the chefs will change the appearance of the ingredients, the order of atoms will change the physical properties of the final molecule.

Take, for example, pentane and isopentane, both of which have molecular formulas of C5H12:

These molecules have the same number of carbon and hydrogen atoms; they are just arranged in a different order. Look at how a simple movement of atoms changes the melting point:

Why does this happen? Think about pasta, specifically spaghetti and macaroni. 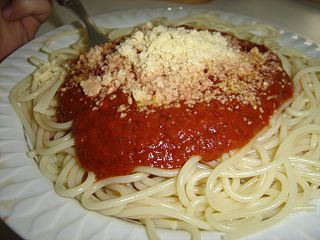 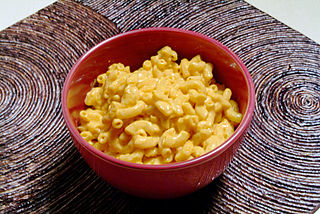 Spaghetti is long and thin, and easily stacked upon itself. Macaroni is small and compact, and doesn't stick to itself that much. Molecules that can stack, like spaghetti, are subject to Van der Waals forces, and it takes more energy to separate them (higher boiling point). Molecules that are compact, and able to slide past each other like macaroni, do not have as many Van der Waals forces acting on them, making it easier for them to separate (lower boiling point).

Now, back to carbon. The reason carbon is so versatile and able to bond with so many other atoms (similar to The Bachelor?) is that it can participate in four different covalent bonds at the same time. The ability to bond to four different molecules allows carbon to become chiral, meaning it is a molecule not identical to its mirror image and cannot be superposed onto it.

Basically, carbon can have the same four atoms bonded to it, but the order of these atoms can drastically change the property of the molecule. Take the example below:

As you can see here, as the molecules approach each other, the blue and black side groups do not match up. Mother Nature gave us the gift of chirality and we don't even realize it. Take your left and right hand and hold them next to each other. They are mirror images, right? Now, try to superimpose them on to each other. Just like trying to touch your left elbow with your left hand, this is impossible.

Now imagine side chains coming off of each carbon so that they are all chiral. Imagine the possibilities for isomers. Definitely more isomers than Jay Z has problems.

It's not often we find a Disney-themed chemistry lesson: under the sea and chirality.