Our Spirit Animal is the Mole

Atomic mass units provide a relative scale for the masses of the elements. (Not to get all "Einstein" on you or anything.) When we say "relative," we mean helium is smaller than carbon, whereas silicon is larger.

This is useful because it's not easy to measure things on a microscopic level. It might seem easier to quantify One Hundred Years of Solitude. Okay, maybe not. We're just saying we're used to dealing with things on a macroscopic level—things we can see and directly measure.

We need some sort of unit to describe a very large number of atoms. Truth is, we love to give cute names to quantities of objects. Think about it. We call 12 eggs a dozen, 2 shoes a pair, and 144 items a gross. Chemists are no different than the rest of us. (Well, maybe they're just a little different.) Chemists measure atoms and molecules in moles.

Here's the technical definition of the mole: the amount of a substance that contains as many elementary entities (atoms, molecules, or other particles) as there are atoms in exactly 12 g of the carbon-12 isotope. Lucky for us, some smart scientists have determined that this comes to exactly 6.023 x 1023 atoms. We call this Avogodro's number (NA) in honor of the Italian scientist Amedeo Avogadro. He looks like a snazzy dude. 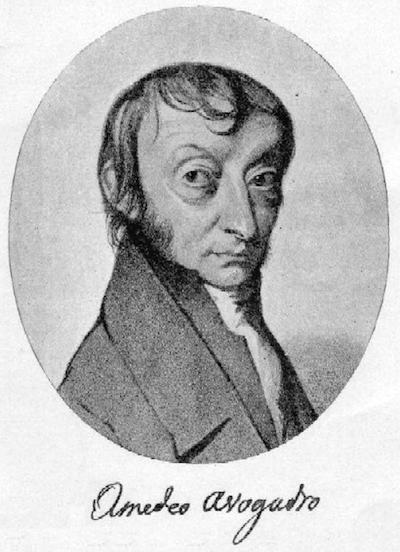 The mole is just a number, nothing to fear. Don't get bogged down by the technical definition. It's just a quantity we use to measure a large collection of tiny things. Just as one dozen oranges equals 12 oranges, or a pair of shoes equals two shoes, one mole of hydrogen atoms equals 6.023 × 1023 hydrogen atoms. Easy peasy.

The enormity of Avogadro's number is difficult to imagine. Twenty-three zeros? No thank you. Think of it this way. About 500 grapefruit will fit in one cubic meter. That means a mole of grapefruit would be approximately fit inside the Earth.3 If you had a mole of pennies, you could give out enough money to everyone in the world so that they could spend a million dollars every hour, day and night, for the rest of their lives.3 A mole is crazy huge.

We have already said that 1 mole of carbon-12 atoms has a mass of exactly 12 grams, containing 6.023 x 1023 atoms. This 12 g mass of carbon-12 is its molar mass, which is defined exactly as it sounds. The molar mass is the mass of 1 mole of units of a substance.

Knowing the molar mass and Avogadro's number allows us to do a magic trick. We can calculate the mass of a single atom. Bibbidi Bobbidi Boo. A swift wave of the magic wand and a few quick punches into the calculator and we can determine that a single carbon atom weighs 1.993 x 10-23 g. Check it out:

Okay, but how many atomic mass units are there per gram? Because the mass of every carbon-12 atom is exactly 12 amu, the number of atomic mass units equivalent to 1 gram can be determined with the following calculation:

If a unit appears both above and below the fraction line they cancel each other out. It helps to cross out the units that cancel as you go. In this case we can draw a line through the units of carbon-12 atoms. This means our final units are amu/g.

Following the units is super useful when working on difficult problem. The key to any problem is to first determine the final units we need. Write down all of the pieces of information that can help solve the problem. Think of them like pieces of a puzzle. Finally, all you have to do is arrange the pieces in a way to give the final units you need.

Let's try a word example. We are going to solve it using stoichiometry. There are 4 yo-yos in every box. Each case of boxes contains 32 boxes. A truckload of boxes contains 1230 cases. How many yo-yos are contained within four truckloads?

First things first—we need our final answer to be in units of yo-yos. Let's write down all of the information we know in fraction form:

Where do we begin? In each stoichiometry problem we're asked to go from point A to point B (with a couple stops along the way). Carefully read the problem and figure out what point A is. Don't get distracted by numbers and fractions. The problem asks to convert from truckloads to yo-yos, so truckloads is our point A. N
All we have to do is start with 4 truckloads and work our way through the pieces of information we have:

Notice we flipped the information upside down to arrange the units in a manner in which they would cancel out. The lesson of the day is this: when you follow your units carefully, difficult problems become easy. Always let your units be your guide.

National Mole Day is celebrated every year on October 23rd.