The action taken by an appeals court when it agrees with and confirms a lower court's decision.

A request made to a higher court for another review of a case decided by a trial court; the losing party in a case has the right to file a notice of appeal to an appellate court, and that court may affirm the original ruling, reverse the decision, modify it, or send the case back to the trial court. If the appellate court upholds the lower court's decision, the losing party may take its appeal to a higher court, but only if that higher court agrees to hear the case.

The power held by a court to review cases decided by lower courts and to reverse, affirm, or modify those decisions.

A Latin phrase meaning "friend of the court"; a person or organization that is not a litigant in a case but is interested in presenting arguments on behalf of one party. Usually, both this party and the court must agree to invite the amicus curiae to participate. The NAACP Legal Defense and Educational Fund, Inc. has served as an amicus curiae throughout the last century, filing legal briefs and litigating on behalf of plaintiffs who have claimed that their civil rights have been violated.

This is the portion of the US Constitution that establishes the judicial branch of government, although it provides only a rough outline of its organization. Section 1 vests judicial power in one Supreme Court and an unstated number of lower courts, and it authorizes justices and judges to be fairly compensated though does not specify details about pay or proposed length of service. Section 2 outlines the subject matter over which federal courts can have jurisdiction, including cases involving questions of constitutionality, cases dealing with federal laws, disputes between states, and disputes involving a foreign government, but gives Congress ultimate authority in deciding which cases can be heard by the Court. Section 3 defines treason and offers a brief directive for the method by which suspects can be tried and convicted.

A written legal document that argues in favor of one party.

One of twelve federal courts of appeals based in various regions of the country. The judge of this type of court holds sessions at various times and locations throughout his or her circuit.

A case dealing with civil matters, such as family relations and accidents, rather than with criminal law. In the federal court system, civil cases originate under bankruptcy, copyright, tax, civil rights, and other federal statues.

A court that operates independently of the military establishment. The Court of Appeals for the Armed Forces, which reviews court-martial convictions, is a civilian tribunal.

The power held by federal and state courts to try a single case simultaneously. For example, a case involving a crime in which stolen goods were transported across state lines may be prosecuted concurrently by the state(s) involved and by a federal court.

The opinion of a judge or justice in support of the court's majority opinion, but offering a different set of reasons for reaching that decision.

Inferior courts of the federal judiciary established under Article III, Section 1 of the United States Constitution to wield broad judicial power. They include twelve geographically-based Courts of Appeals, the Court of Appeals for the Federal Circuit, 94 District Courts, and the Court of International Trade.

The accordance of an act, law, or procedure with the provisions of a constitution. In the US, only the Supreme Court has the right of judicial review; that is, the authority to review and take action against any legislation—local, state, or federal—it deems to be unconstitutional.

A military court in which military officers serve as both judge and jury in cases involving violations of US Armed Services rules and regulations.

Any case dealing with crimes against an individual or the public; those convicted in such cases are sentenced and can be imprisoned. In the federal court system, a criminal case is defined as one in which the defendant is tried for something that Congress has designated as a federal crime, such as mail fraud, counterfeiting, or bank robbery.

In a legal case, the party against whom a complaint is brought or charges are filed.

The opinion of a judge or justice that disagrees with the decision reached by the majority of the court.

The principal trial courts in the federal court system. District courts, which have original jurisdiction over most federal cases, were originally created by Congress in the Judiciary Act of 1789. Currently, there are 94 District Courts in the US.

A court's agenda; that is, a schedule of cases to be tried.

Legal procedures deemed fair under the Fifth and Fourth Amendments, which guarantee that no individual can be denied the right to life, liberty, or property.

The exclusive right of a particular court to review and take action in a case; for example, the Supreme Court has exclusive jurisdiction over disputes between states.

Court actions that appear to violate traditional or reasonable interpretations of the law. Judicial activism often refers to incidents in which judges allow their own political opinions and biases to influence their decisions in a case. Proponents of judicial activism believe it is important for judges to consider ongoing changes in social conditions and values when interpreting and applying the law.

Proponents of judicial restraint believe it is important for judges to act on the basis of the original intent of the framers of the Constitution and the authors of legislation and with respect to previous decisions in similar cases.

The right of the Supreme Court to review and take action against any legislation—local, state, or federal—it deems to be unconstitutional.

Authority to implement and enforce the laws of a region; also, a region or zone where certain laws apply

A type of military court in which military officers have the power to charge, prosecute, convict, and sentence enemy forces during wartime. Because Military Commissions operates outside the scope of conventional judicial rules and its decisions can only be appealed with the approval of the president, critics charge that its trials violate protections guaranteed by the US Bill of Rights.

Spoken presentation by one party in a case or a lawyer representing that party, explaining its side in a legal dispute. Each side delivers its arguments before the judge or judges and, if present, the jury.

The power to review a case before any other court. The Supreme Court has original jurisdiction, as defined by Article III, Section 2 of the Constitution, in disputes between states or between a state and the federal government.

To reverse the ruling of a lower court; occurs in an appellate court.

The sewer. Or rather, the one with the complaint, the tattler, the one who took it to the judge. 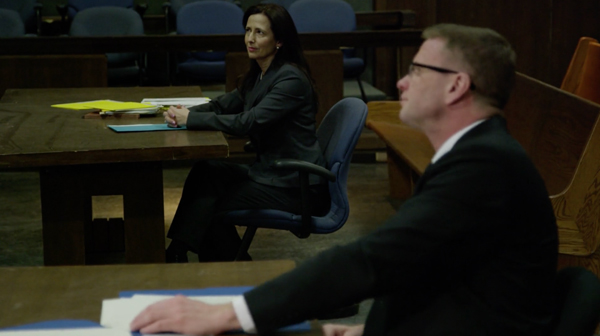 An appellate court judgment from one case that establishes the rule for deciding similar cases.

Compensation for loss or injury.

A Supreme Court policy that allows four of the nine justices to grant a writ of certiorari; in other words, only four justices must agree to hear an appeal from a lower court.

Special Courts (aka Legislative Courts or Article I Courts)

Inferior courts in the federal judiciary created by Congress under Article I of the US Constitution "to constitute Tribunals inferior to the supreme Court." Their power is more limited than that of Constitutional Courts. Special Courts include the US Court of Appeals for the Armed Forces, the Courts of the District of Columbia, the US Court of Appeals for Veterans' Claims, the US Court of Federal Claims, the US Tax Court, and the Territorial Courts located in Guam, the US Virgin Islands, and the Northern Mariana Islands.

Courts that have jurisdiction over cases involving state law and disputes involving parties living in the state or those that conduct business, own property, or use roads within its borders; they do not have the power to decide cases involving federal law. State courts are often divided into various types of judicial bodies, including criminal courts, family courts, and probate courts.

The highest court in the United States and the head of the federal judiciary. Its nine justices—the Chief Justice and eight associate justices—are appointed by the president, confirmed by Congress, and serve life terms. The Court functions primarily as an appellate court, but has original jurisdiction over disputes between states and between a state and the federal government.

Legislative courts established in United States territories. Currently these courts, which have jurisdiction over local cases and those dealing with federal law, are located in Guam, the US Virgin Islands, and the Northern Mariana Islands.

United States Court of Appeals for the Armed Forces

An appellate court that reviews court-martial decisions for members of the armed forces; it is composed of five judges, each appointed by the president with the approval of the Senate for a fifteen-year term. It was established as a judicial body independent of the justice department, but its decisions are subject to direct review by the US Supreme Court.

United States Court of Appeals for the Federal Circuit

An Article III court established in 1982; among the thirteen US Circuit Courts of Appeals, it alone has nationwide jurisdiction in cases including international trade, government contracts, patents, and veterans' benefits. (The other twelve Circuit Courts are geographically based and have the authority to hear appeals from district courts located within its circuit). The Court of Appeals for the Federal Circuit is composed of twelve judges, each appointed by the president with the approval of the Senate for a life term.

An Article I court that has exclusive jurisdiction to review cases decided by the Board of Veterans' Appeals. Its decisions can be appealed to the Court of Appeals for the Federal Circuit. The Court is composed of seven judges, each appointed by the president with the approval of the Senate for a fifteen-year term.

A federal court that reviews cases involving monetary claims against the US government; the Court is composed of sixteen judges, each appointed by the president with the approval of the Senate for a fifteen-year term.

Formally the United States Customs Court, the US Court of International Trade is an Article III court that reviews international trade cases and disputes involving customs law. Appeals from this court are heard by the Court of Appeals for the Federal Circuit.

Established under Article III of the United States Constitution to serve as the primary appellate courts of the federal judiciary. There are currently twelve geographically-based Courts of Appeals, one for each judicial circuit.

The USMS is the law enforcement agency for all branches of the federal government. Its marshals are particularly involved in the operation of the judiciary; they apprehend federal fugitives, protect federal witnesses, transport prisoners, and provide security for court officials.

Federal trial court responsible for deciding disputes between taxpayers and the Internal Revenue Service (IRS); established by Congress under Article I of the US Constitution.