Mr. and Mrs. Spirit in The Absolutely True Diary of a Part-Time Indian 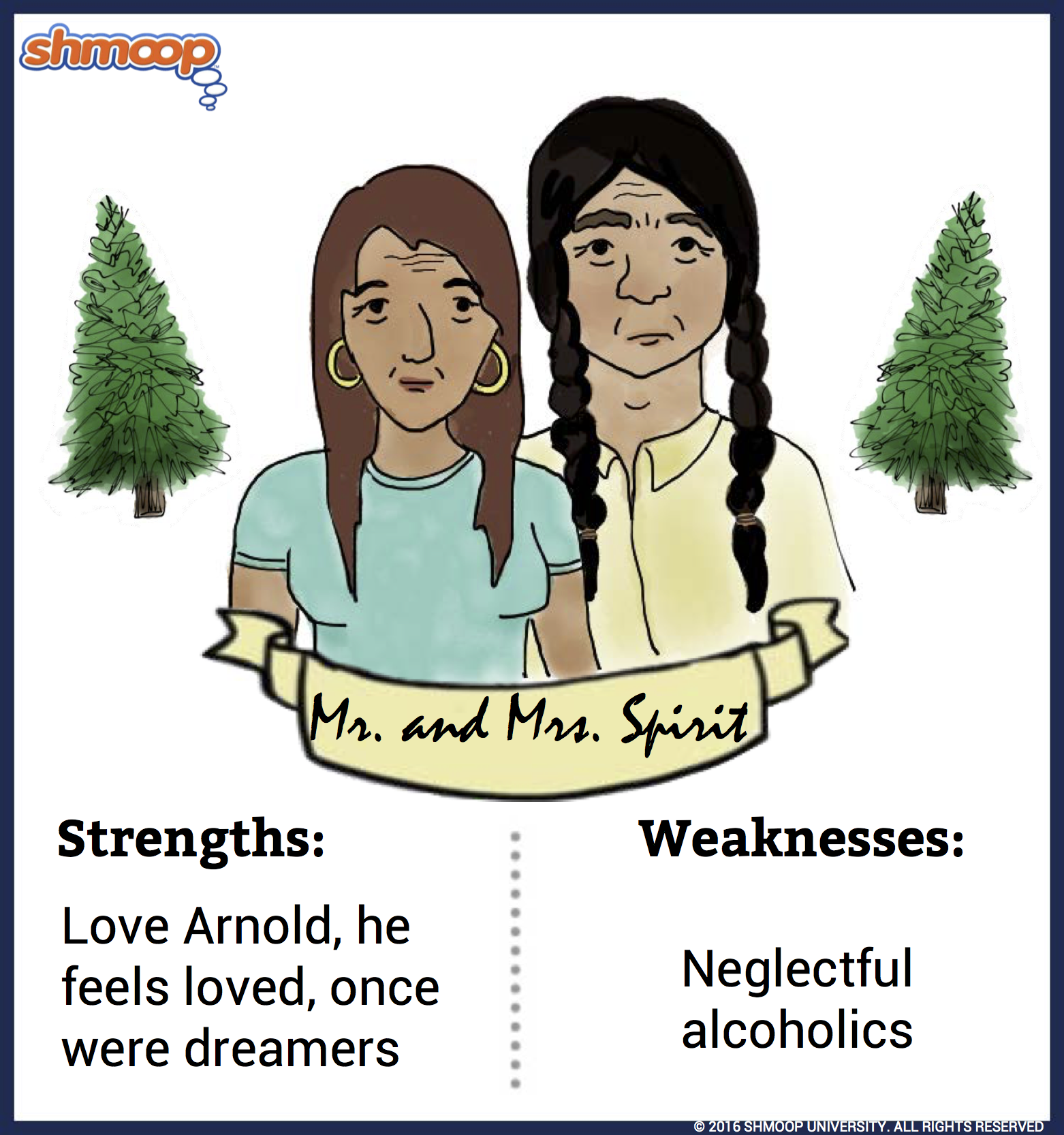 Unfortunately, no one listened to their dreams. Arnold's parents are both alcoholics, though they are always encouraging of their son, and they're not abusive like Rowdy's parents. They're just... really sad:

My mother and father are drunks, too, but they aren't mean like that. Not at all. They sometimes ignore me. Sometimes they yell at me. But they never, ever, never, ever hit me. I've never even been spanked. Really. I think my mother wants to haul off and give me a slap, but my father won't let it happen.

He doesn't believe in physical punishment; he believes in staring so cold at me that I turn into a ice-covered ice cube with an icy filling.

But even considering his parents neglectful behavior, Arnold not only loves them, but also feels loved by them. At the end of the book, he states that he is part of "the tribe of beloved sons" (29.41).