Protagonist in King of the Bingo Game 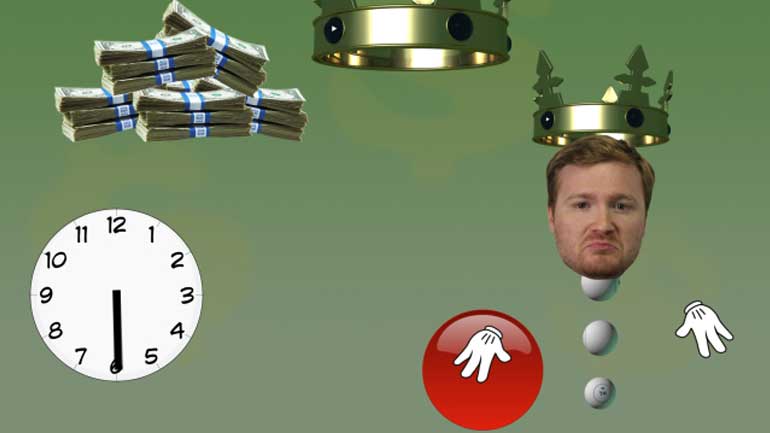 When we first meet the protagonist, he is in an awful situation. He is broke, hungry, and the woman he loves is about to die. He is also far from home. "King of the Bingo Game" is focused on this single individual who is trying to win a bingo jackpot.

Through the lens of this man, Ellison is able to make a broader point about race, particularly because this protagonist lacks a name. Without a name, he could be almost any of the millions of African-Americans who traveled north during what is known as the "Great Migration" out of the South. While it's true that Ellison is telling us one story about one individual, we can safely think about the ways this individual might represent a broader collective. Our protagonist could be any African-American man. (Whenever you're dealing with a nameless character, it's usually a safe guess to think along these "broader implication" lines.)

You might have noticed that the story does not talk about race in an overt way. Instead, white dominance in society is subtly understood through dreams, metaphors, and occasional comments from the protagonist. Check out the story's nightmare sequence, in which the protagonist runs away from a train only to find it directly behind him and "all the white people laughing as he ran screaming" (9). Specific incidents of the cruelty he has experienced as a black man do not need to be articulated; we know enough American history to extrapolate what the vaguely alluded to "suffering" might mean for the protagonist.

OK, back to our individual. We don't know his full history, so we don't actually know how much his (or Laura's) misfortunes can be attributed to race. It's established beyond any doubt, however, that he is an unfortunate individual who has suffered, and – more importantly – that the bingo game represents a means of escaping his situation.

Check this out: "He felt a profound sense of promise, as though he were about to be repaid for all the things he'd suffered all his life. Trembling, he pressed the button" (42). If we connect his suffering to his race, we can understand the bingo game as means for the protagonist to transcend, overcome, and rise above his awful situation. He discards his old name – a name originally bestowed upon his grandfather from a white slave owner – and becomes instead a king, the "King of the Bingo Game."

Our protagonist experiences only short-lived hope, however. Policemen rapidly wrestle the button away from him and beat him over the head. Despite being a king, the king of the game, the protagonist is still subject to the unfair world and system in which he lives. The wheel lands on the supposedly winning "double zero," but that's unfortunately exactly the amount of money he is going to get. He certainly won't have enough money to pay Laura's medical bills.

By the end of the story, the protagonist is in an even worse position than where he started. This ending leaves us with a sense of frustration and a nagging lack of resolution.