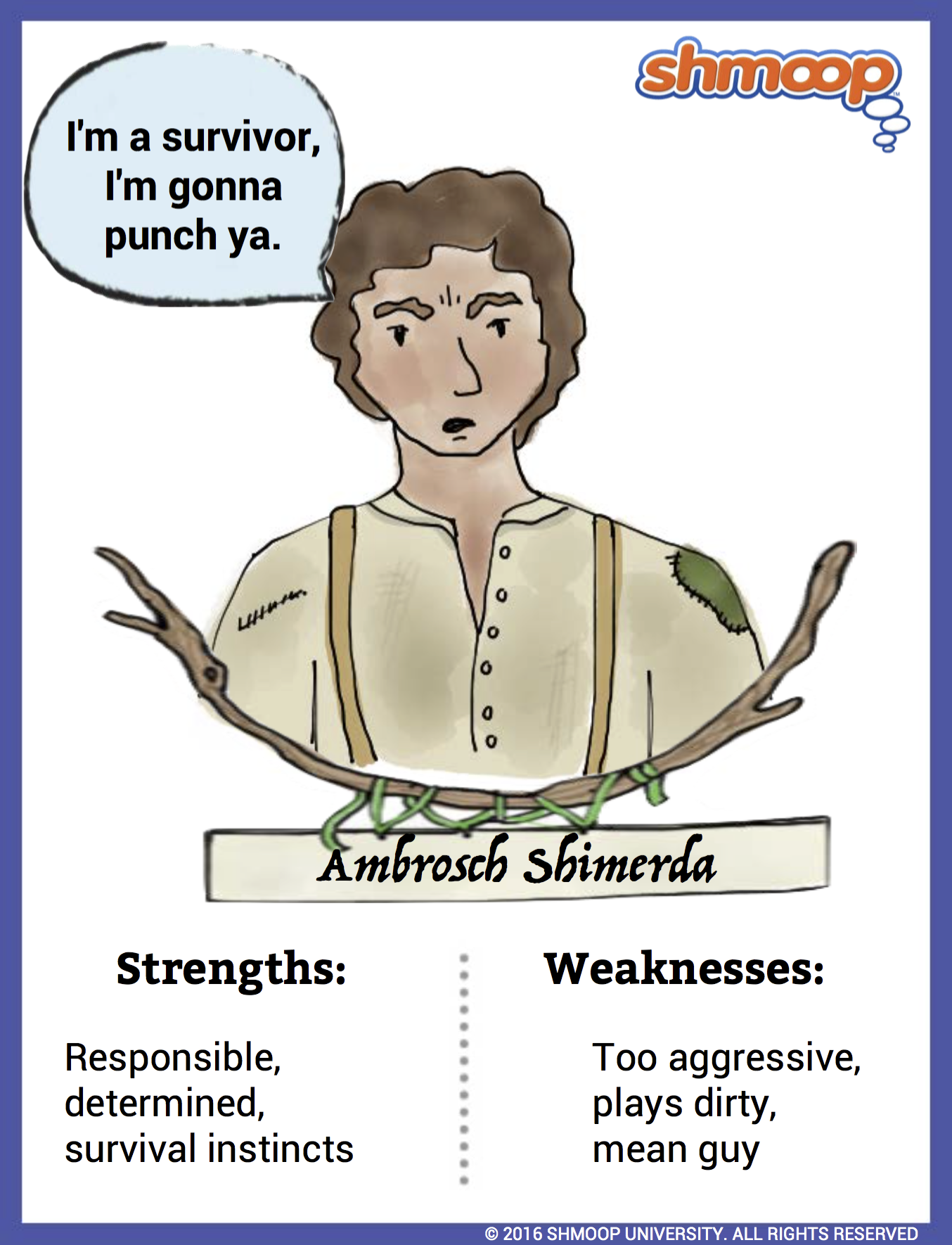 Ambrosch is Ántonia's oldest brother, and not the nicest guy you'll ever meet. Jake says it best: "He's a worker, […] and he's got some ketch-on about him; but he's a mean one. Folks can be mean enough to get on in this world; and then, ag'in, they can be too mean" (1.10.33). Ambrosch has to be mean to some degree. Let's not forget that he is the oldest son in an immigrant family with no money and that he's responsible for making sure they survive in this new country. He can't afford to be taken advantage of. But he takes it too far. In looking out for himself and his own, Ambrosch ends up taking advantage of others – in particular the generosity of the Burdens.

We're talking specifically about the incident with the horse-collar. After Jake lent Ambrosch a horse-collar in good condition, Ambrosch tries to give him back a collar that's all beat-up and worn. Instead of owning up to the difference, Ambrosch fights with Jake. What bothers Jake is that Ambrosch doesn't just fight, but fights dirty – he kicks at Jake's stomach. As Jim explains, "this was not the sort of thing country boys did when they played at fisticuffs" (1.18.7). Again, Ambrosch is looking out for himself, even at the expense of honor.

Ambrosch's determination to survive also ends up costing Ántonia her freedom. He has her help him work in the fields after their father dies, even though it means a certain amount of shame for her as a woman. While we might be tempted to criticize Ambrosch, we have to realize that he's doing what he's doing for the sake of his family's survival.

We notice, though, that the women of the novel (and probably Cather, too) have the last laugh when it comes to Ambrosch. He ends up marrying "a very fat wife" who "had a farm of her own" and "who bosse[s] her husband" (5.1.88).