Rukmani in Nectar in a Sieve

Rukmani is a hard-working and supportive wife, daughter, and mother, who grows and develops over the course of the novel. She is our sole narrator, and as such she exercises tremendous power over the reader. What is perhaps most interesting about her is that in spite of the fact that she has full control over the narration, she seems to be a fairly honest narrator. She admits her failures and weaknesses.

It is through seeing Rukmani’s shortcomings, that we realize her strengths: her honesty gives her a true grace and humility. Ultimately, we realize Rukmani is faced with a world that is beyond her control and understanding. She does her best to endure, for her family and for herself. She provides support to Nathan and cares for her children, but she is also engaged in a project of learning. She breaks caste restrictions when she allows her sons to work at the tannery, and she becomes immune to the realities of poverty when she sees three women around her involved in prostitution. When she returns home to her modest village life at the end of the novel – with one more mouth to feed, but strong as ever in her faith to survive – we see she has come a far way from being the little girl who quaked at the possibility of living in a two-room mud hut.

Throughout the novel Rukmani has learned to be more generous, less judgmental, and to identify the things that really matter to her. Ultimately, she proves the wisdom of the advice Nathan gave her early on – to not break, but to bend like the grass.

As a result of her endurance and faithful commitment to keep going on no matter what, Rukmani is like the character Sita, the wife of Rama in the Indian epic, the Ramayan. Sita was noted for being a faithful and loving wife, and she withstood rumors about her fidelity (as Ruku does) and incredible hardship (as Ruku also does). Ultimately, also like Ruku, Sita returns to the land from whence she came: Sita is swallowed up by the earth, the way Rukmani faces death after returning to the place she most loves. 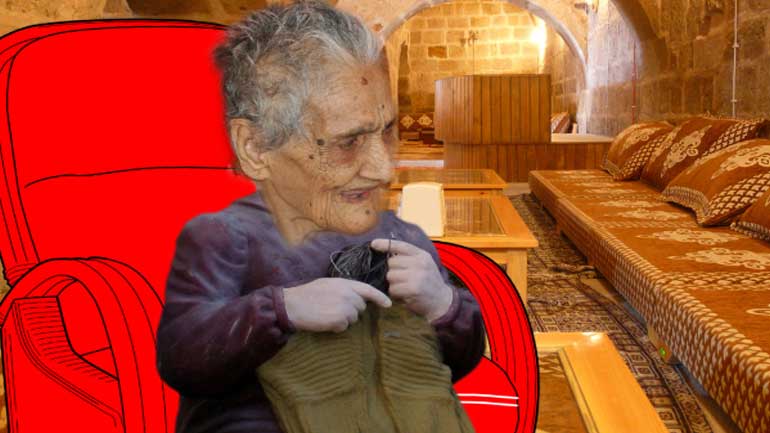