Daisy, our favorite track star, is learning how to throw discus via Youtube videos. She wants to know exactly when to release the discus so that it flies off in the right direction.

She learns that, at the point where she releases, the discus flies off tangent to the same point. It flies off in a straight line relative to the point that she releases it. She's not only awesome at track, but she rocks at calculus. She dreams in tangent lines, and knows she can master this event. 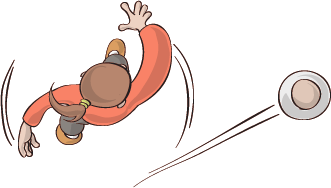 We aren't all track stars, but everyone can appreciate tangents.

Previous Next
More on Derivatives Navigation