Logic and Proof - The Quality of Equality

The Quality of Equality

Understanding equality, or sameness, is a universal theme in all areas of mathematics. When mathematicians say, "2 + 2 = 4," they mean that the two things on either side of the equal sign are literally the same thing: they are two ways of describing the same object. They're equal. 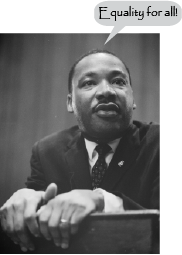 In mathematics, the objects we work with are usually numbers. The thing is, we can't usually see them (talk about imaginary numbers, huh?), and we're forced to make do with looking at their descriptions instead.

Previous Next
More on Logic and Proof Navigation