Okay Shmoopers, let's begin by getting the basics out of the way. This is the stuff you might already know. To be sure everyone is on the same page, let's do this thing.

Exponential expressions have two basics parts: a base and an exponent. So if we consider the expression 35, 3 would be the base while 5 is the exponent. In this example, we can think of 3 being multiplied by itself 5 times.

For those of you playing at home, this does not mean that you need to multiply 3 times 3 times 3 times 3 times 3 on your calculator every single time you evaluate an exponent. Instead, most calculators have a button that either looks like y x or ^ that you can use to evaluate exponents. This makes life much, much easier. The ^ thing is called a "caret," by the way. 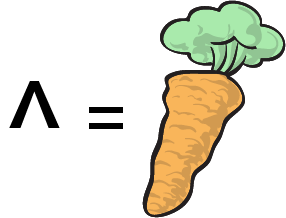 Now that you know what these things are, let's simplify 'em. Here are a few rules to get you started:

If you multiply like bases, add the exponents. This is the product rule.

If one exponent is raised to another, you multiply the exponents. This is the power rule.

If you understand the product rule, the power rule really isn't too terrible. In this case, x3 is squared. This means we have two x3's multiplied together: x3 · x3. Using the rule we've already established, we can get our answer.

And just in case you need these rules in rap form in order for them to make sense, we've got your back.

This is a pretty basic sample problem to get things started. First we'll use the product rule by adding exponents in the parentheses.

No big deal. Let's see what else we have in our bag of Shmooper dooper tricks.

Multiple variables, eh? Not so bad. We just need to remember to keep the x's with the x's and the y's with the y's. We can start inside the parentheses by adding the exponents of the terms with like bases.

Are the exponents big? Yes. Are they correct? Yes.

A few coefficients never hurt anyone. Just like we dealt with the different variables individually, we can do the same for the coefficient. A coefficient is nothing more than a constant in front of or multiplied by a variable.

To solve, we must follow the good ol' PEMDAS order of operation rules. Since everything's already simplified in the parentheses, we head to the exponent. Remember to treat 24 like the rascal of a regular number it really is.

Now, we multiply coefficients and add the exponents…

Just one more challenge before we send you packing. This time there's a lot going on, so we'll start by simplifying in the parentheses. Pay special attention to the x0 in there.

Next it's time to take care of the coefficients and multiply those exponents.

Finally, we  multiply our two coefficients while adding our exponents wherever our bases are the same.

Previous Next
More on Radicals, Powers, and Roots Navigation