When you condense the idea of a circle down to its very essence, its most basic form—the ur-circle, or urcle if you will—you get the unit circle. It's a unit because it has a radius of 1. 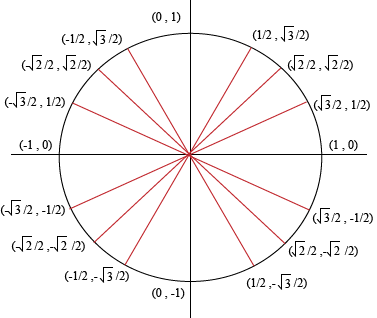 That circle is crammed with more points than a winning game of Tetris. We'll need to know all these points to solve trig equations.

Don't go trying to memorize the whole unit circle just yet, though. We've got all kinds of tricks and tips that make working with the unit circle a cinch.

So, for now, you have our permission to let your eyes glaze over while looking at it. Not that you waited for permission, did you?

In preparation for this unit, the angles we know and love have taught themselves a new trick: to play fetch.

That may not sound impressive to you, but they're rather proud of themselves, so let's play along. 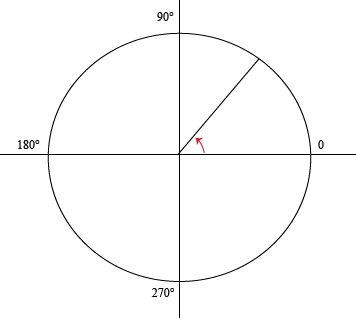 The starting line for the game is the right side of the x-axis of the graph. That is now ground zero, or 0 degrees. When we throw the stick, it lands on the edge of the unit circle. The angle rushes out counterclockwise around the circle.

The angles are still the same size as they've always been, though. For instance, the angles 90, 180, and 270 each fall on one of the axes when going clockwise around the circle. This is one of the few times that it's okay to fall on an axe. 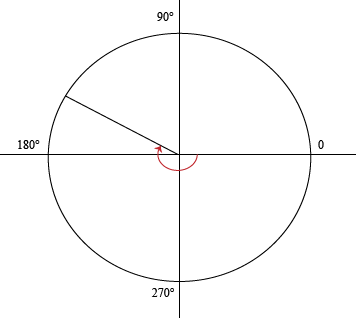 Sometimes, just to shake things up, we'll have negative angles to deal with, like -200 degrees. They stomp around the unit circle in a bad mood, moving clockwise instead of counterclockwise.