4. Use Snell's law and what we know about total internal reflection to derive the formula for the critical angle, θcrit.
5. Draw a ray diagram demonstrating why objects submerged in water look to be a lot closer to the surface of the water than they really are. Hint: Think about what happens when rays of light coming from the object move from water into the air.

6. Why can a cosmetic mirror generate right side up magnified images as well as upside down images?

7. We want to send messages to our friend who lives down the street. We have a very bright flashlight but it is very small. Our friend complains he can only see a tiny little bright dot and it's hard to see it blink. What kind of a lens might help this problem?

9. Fiber optic cables send emails and pictures across continents in the form of light. The light doesn't go straight through the cable. Instead it bounces off of the cable walls always moving forward and barely any light (or information) is lost, but there are no mirrors in these cables. Describe what happens in these cables and what we know about them from what we learned in this chapter.

10. Stick a pencil into a glass of water and observe it from the side. What do we see and why? Draw a ray diagram to illustrate.

1.Diffraction is light being bent around the edge of an object. This causes a wave front to be round out at the edges instead of remain straight. Interference is what happens when two waves interact. They can either combine constructively, if the waves meet peak to peak and form a new, bigger wave, called constructive interference, or they can combine destructively, if they meet peak to trough, and cancel each other out. This is called destructive interference.

2. A diffracted spread of light without an interference pattern. The slit still diffracts the light and spreads out the wave to an area larger than the slit but there is no second slit with which the light from the first slit could interfere constructively and destructively.

5.The box appears to be where the two refracted rays meet.

6. The type of image generated depends on where you stand relative to the mirrors center of curvature and focal point.

7. A diverging lens in front of your flashlight would spread out the tiny focus of bright light into a broader, dimmer focus that may be easier for your friend to see.

8.To capture an image on film and it has to be a real image and a smaller image than object, to fit it on the film. A virtual image doesn't leave a mark on the film because no light rays pass through the virtual image. It thus has to be a convex lens focused such that the building or other object is farther away from the lens than 2F, and the camera produces a smaller, inverted, real image.

9. Fiber optic cables take advantage of total internal reflection. Light hits the walls of the fiber optic cables at just an angle higher than the critical angle so that none of it escapes into the air (or any other material with a lower index) and all of it reflects. This way none of the light or information is lost to refraction and almost all of it makes it from one end of the cable to the next. 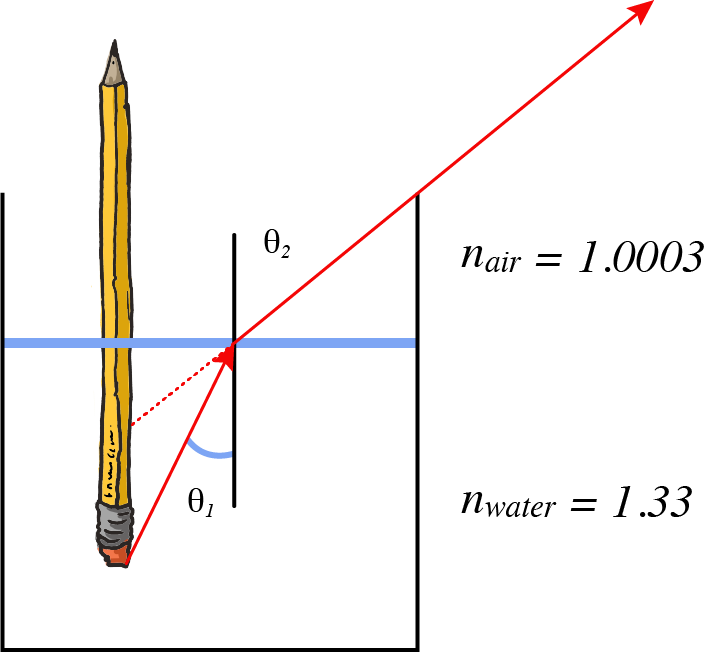 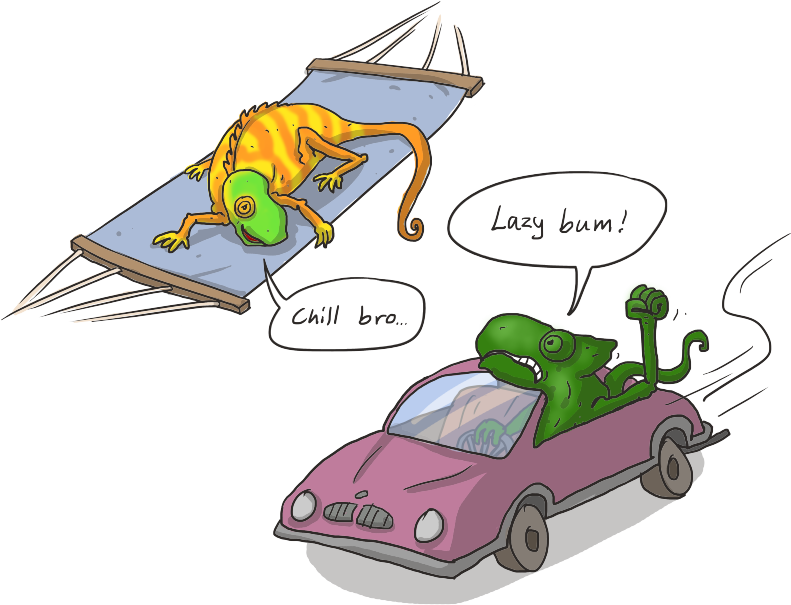 From the side of the glass, the pencil appears bent at the air-water interface because of refraction. If we stand the pencil upright the "bend" disappears.
From the top of the water the pencil looks shorter, also from refraction. Because water has a larger index of refraction than air, the light is bent away from the normal and appears to be coming from somewhere closer to the surface of the water.