When it comes to translational motion, the idea of mass is fairly straightforward: heavy objects are harder to push. That's true in rotation too—a heavy object is harder to turn—but there's more to it than just heft. Both the shape of an object and the point it's rotating about are critical in figuring out how easy or hard it is to spin.

In a nutshell, the more mass an object has far away from the axis it rotates around, the more work it takes to turn it. 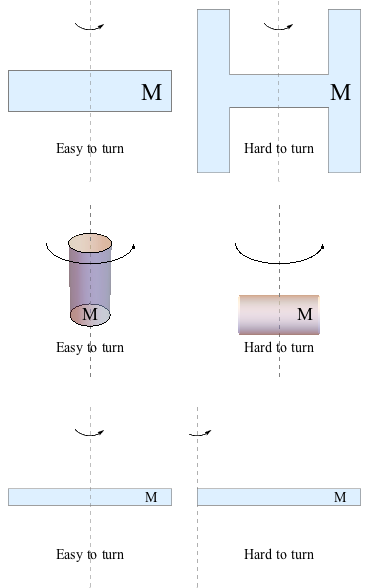 For a point mass orbiting a point a distance r away, its moment of inertia is: 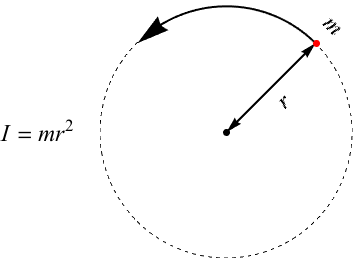 We measure moment of inertia in kg · m2, a weighted assessment of mass by distance.

If there are a whole bunch of point masses rotating, their collective moment of inertia is just the sum of all the object's individual moments of inertia:

By applying some calculus magic, we can take this sum-of-its-parts aspect of moment of inertia and figure out I for complicated rigid bodies, such as spheres or cylinders. Case in point for even the non-calculus inclined: the hula hoop. 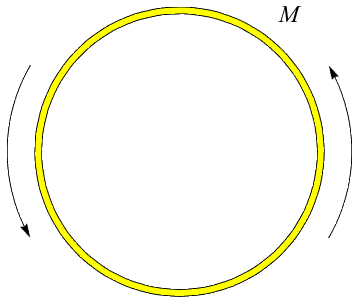 Imagine the hula hoop as made of very, very small chunks of hoop, each of mass m, and glued together: 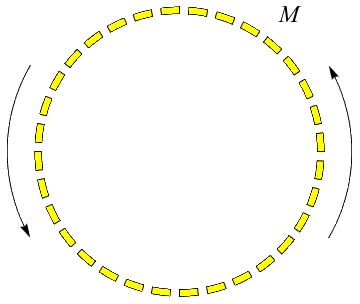 is the overall mass of the hoop. The same process works for disks, rods, cubes—but the summation process is a little more involved. Here's a breakdown of some common shapes: 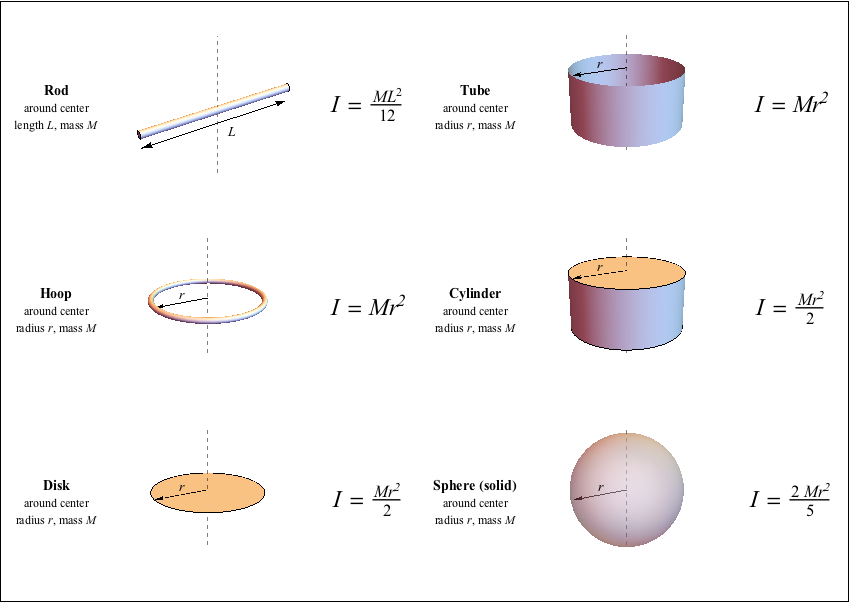 If you remember all the way back to our discussion of momentum, you may have noticed that all of these moments of inertia are calculated around an axis of rotation that goes right through the object's center of mass. For a different rotation point of an object—say a rod rotating around one end, like a turnstile, instead of around its center—we use the parallel axis theorem to find the object's moment of inertia. The one catch is the new axis of rotation must be parallel to the axis through the center of mass. If that's the case, then:

While the parallel axis theorem has done a great job explaining moments of inertia for many simple and complex shapes, the one object's motion that has always eluded explanation by even the most astute physicists is Mick Jagger's gyrations around the axis of a microphone stand.

Previous Next
More on Rotation Navigation