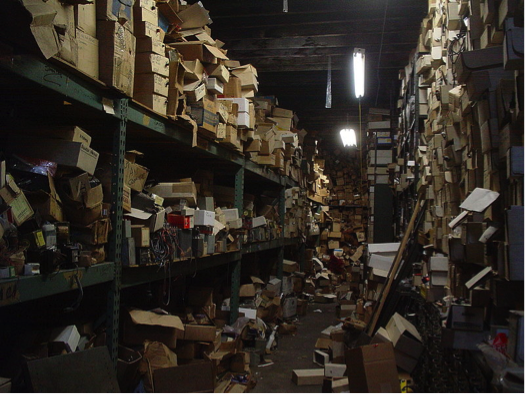 High entropy gets us in trouble.

It might not have a booth at the county fair, but thermodynamics still has a booming fortune-telling business. Rather than reveal titillating news about who likes whom, thermodynamic's laws identify what processes will (and won't) happen. It's all thanks to the Second Law of Thermodynamics.

Imagine we show you some pictures and ask you to put them in order. Picture 1: a sandcastle. Picture 2: a pile of sand. Or how about Picture 1: a puddle of ice cream. Picture 2: an ice cream sandwich. We think all of us would pick the same order—the ice cream sandwich came before the puddle and the sandcastle before the pile of sand. Even preschoolers know that, being the astute observers of the natural world that they are.

There's a natural order to things and an "arrow of time." Sandcastles don't build themselves and ice cream doesn't unmelt itself. The Second Law describes this reality as entropy. For irreversible processes the disorder, or entropy, always increases over time. Or in the words of Chinua Achebe (using the words of Yeats): "Things Fall Apart". And then they don't put themselves back together.

Houses, left to their own devices, fall apart. Ice melts. Bedrooms approach pigsty status. The very best we can do is keep the amount of entropy the same. And to keep entropy the same we have to put in work—we have to clean that bedroom, refrigerate the ice, and renovate our homes. Or if you're rich, you hire someone else to get rid of your entropy for you.

The most efficient engine, the Carnot Engine, holds entropy constant. That's from its reversibility. This leads us to a third (and we promise, last), way to state the Second Law of Thermodynamics: The entropy of the universe never decreases.

We calculate entropy as the measure of disorder. In an isothermal process, it's defined as