The Second Law of Thermodynamics and Heat Engines 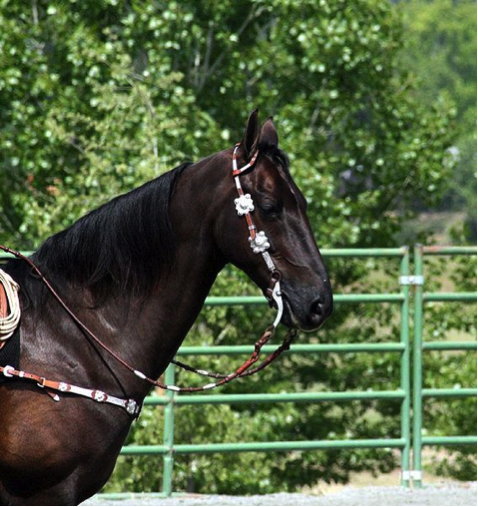 Rein it in, Second Law of Thermodynamics. We have enough horse power as it is.

The First Law of Thermodynamics had a lesson for us—everything is even and fair. No matter what happens, at the end of the day, our energy is going to be conserved. We haven't made any gains, sure, but nothings been lost, either. It's all pretty zen, if you think about it.

The Second Law comes along and reins in the First, crushing our hopes and dreams. It says that when we try to apply the First Law in the real world that (1) energy—in the form of heat—always flows from hot to cold, and (2) that even though energy is conserved, we can never turn all the heat energy into work. That first part doesn't sound too bad, but the second means we're always falling further and further behind on our work. Whelp, there goes our zen.

Let's look at both of these statements in a bit more detail.

We've Got The Hot Stuff

Statement (2) makes sense when we consider heat engines. "Heat engine" is a catch-all term physicists and engineers use when they talk about a system where the transfer of heat is used to perform work. A car motor is a heat engine; so is a steam engine on one of those riverboats on the Mississippi River, along with an old-school whistling tea kettle..

A steam power-plant is a kind of heat engine too. Heat is transferred from a furnace or boiler to make steam. The steam rises, blows off some, well, steam, and turns a turbine to perform mechanical work. A condenser turns the wasted heat, or the steam that wasn't used to make the turbine turn, back into water, which is then pumped back into the boiler to be reused. Recycling! 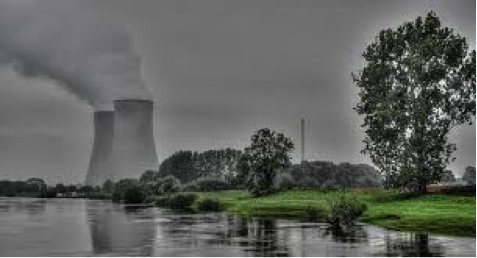 Behold the deceptively peaceful exterior of a power plant.

So how efficient are heat engines? This varies a bunch, but (lucky for us) the efficiency is calculated using a short formula. The efficiency, ε, is the ratio of the work done by the engine, W, to the amount of heat energy that was put into the system from the hot reservoir, QH.

Heat engines, like everything else in the universe, follow the First Law of Thermodynamics: energy must be conserved. If no energy is lost from the system due to, say, friction, the energy put into the system, QH, is turned into work, W, and the waste heat, QC.

Now we can rewrite the efficiency formula in terms of only QH and QC, by taking

and substituting in the equation for QH above to create

, and then reducing that to

In other words, ε is never 1. It can't be. Some of the heat energy QH put into the system is always lost as QC. No heat engine is 100% efficient (not even close) because of the energy lost to QC: doing work by engine requires heat (energy) to flow to the sink, QC, from the heat source, QH In other words, if some heat doesn't travel to QC, there can't be any work done at all.