As any NASCAR fan or fire engine driver can tell you, you've already heard the Doppler Effect. This is the name given to the fact that a moving object emitting a noise with a constant frequency can sound like it's making two different noises as it goes past you: a weee-oooo as the sound shifts from high frequency to lower.

In fact, the Doppler Effect is something that happens to all waves—though sound waves are definitely the most common examples you'll run into if you're not an astrophysicist or radar technician. Or a surfer. Any wave emitted by a moving object will seem, to a stationary observer, to change as the object moves past: sounds get lower or higher, and light gets redder or bluer.

Let's look at a fire truck driving past you. If the truck is stationary, its siren emits sound waves in all directions at a constant frequency. 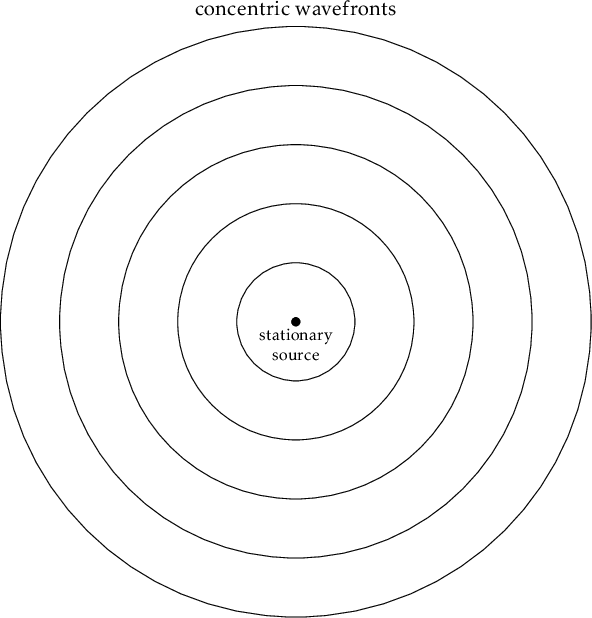 If the fire truck starts to move, its siren still emits sound in all directions at a constant frequency—but since it's moving, it's chasing its own sound waves. 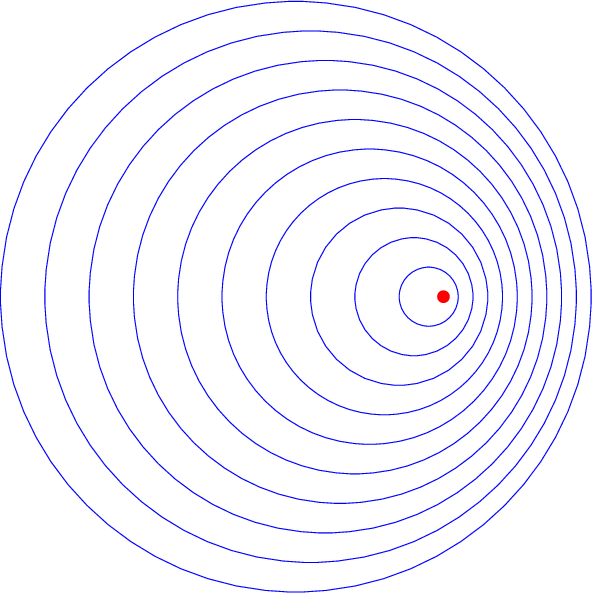 The two new frequencies—when the fire truck approaches and when it drives away—are given by two different formulas dependent on the wave source's speed relative to the observer. As the source approaches, the observer will see or hear the wave's frequency increased:

Here, fob is the observed frequency of the wave with original frequency f and speed v (for a sound wave, v would be the speed of sound in air, around 340 m/s). The value of vs is the speed of the source.

As the source moves away from the observer, the emitted wave's frequency decreases:

One of the coolest uses of the Doppler effect shows up in cosmology. Physicists use the effect to help show that the universe is expanding—as other stars move away from us, their light appears to be a lower frequency than it should be, a phenomena called redshift.