When life gives you lemons, make a Shmoop account.

What do a 4'9'' basketball player, Kanye West's (imaginary) younger brother, and every politician ever's spouse all have in common?

A whole lot of resiliency.

All jokes aside, we can pretty much guarantee that your students are going to find themselves face to face with a tough situation someday, if they haven't already. So we're here to help you prep them for it.

In this teaching guide, you will find

By the time they leave your class, your students will be resilient enough to take on the world—even if they discover they're Kanye's long-lost little sibling.

Teaching students to deal with criticism may seem difficult, but by the time you're halfway through the Illness and Injury lesson, you're going to long for the peaceful days of criticism. Today, your students are going to team up to dissect a piece of pop culture, like a movie or a TV show, identifying not just problems in the work, but also proposing solutions. For homework, they'll apply their freshly-honed critical eyes to a piece of their own work, like an essay or written test, pointing out areas for improvement, and suggesting steps they could take to be more awesome.

The key here is to keep personal feelings out of it. As long as there's a buffer zone between the criticism and the student offering it—as long as the focus stays squarely on the work being criticized—things should stay friendly and no tables should be overturned, Real Housewives style.

NOT HOW THAT GOES

Resiliency comes from having any sort of negative experience. Criticism is the most common of these, since no one's perfect. As soon as you say or do something that anyone thinks you could have said or done better, you're going to hear about it.

"Everyone's a critic" was a saying even before the internet made that literally, terrifyingly true. So you're going to experience criticism. You might have experienced some today. The trick is to harness the useful parts of the criticism, assuming there are some, without letting the bad parts cut you down.

Ever watched a movie or TV show, or read a book and wondered, "Why did that happen? That was dumb." I'd imagine the answer is going to be yes. Nothing is ever perfect, no matter how much you may want it to be.

Once you have whatever it is in mind, you'll then critique it. Figure out where it went wrong, and come up with ideas of how you could fix it. This could be anything from not liking the fact that—spoiler alert!—Darth Vader is Luke's dad, or that Bryce Dallas Howard never thinks to ditch her four-inch heels while she's outrunning a theme park full of dinosaur gone wild. No matter what piece of pop culture you choose to dissect, the important part is that you identify the problems and come up with solutions.

The handout will help you keep track of your changes. You're going to use it identify five problems and propose five solutions.

[Divide the class into groups of three to five students. Go from group to group to answer questions and make sure they're working and not just staring at their phones. When they're done, it's time to share.]

It's time to share your ideas with the class. The class might have a different idea of a fix or not think something's a problem. That's criticism of criticism. We're getting pretty meta here, but it'll be okay. The key thing you should remember is to keep the criticism constructive. You're here to make the work in question—whatever it is—better. You're not trying to cut anything or anyone down. That's even lamer than the end of most M. Night Shyamalan movies.

[Have the groups present their ideas one by one. Take questions and short discussion periods after each. If someone ends up with strange take on the material, explore that. It might be the most interesting thing you hear all day.]

The homework will give you a chance to make your own work better through the power of criticism. Take a paper you have, either due soon or already turned in. A test with essay questions that you've already gotten back works as well.

Go through your own work and see if you can identify three problems and propose three solutions, just like you and your group members did for the piece of culture you popped in class today. Write up your problems and solutions in a minimum of one paragraph. This is the part that you're actually going to turn in.

First, tell us what you're examining and what class it is or was for—like "This was a set of essay questions for my American history class," or "This is the rough draft of an essay that I'm working on". Then, one at a time, identify the problem and explain how you'd solve it.

Additionally, you need to bring in another piece of your past for tomorrow's activity. You need to bring a test or paper of yours with a bad (for you) grade on it. This "bad grade" only has to be bad for you—something below whatever you normally get. So don't forget to throw that bad boy in your folder tonight, too.

We Love you and we want to show it!

Lots of students? No problem! We've determined that one of our brilliant sales elves can save you precious moolah on your order. Drop us a line below and we will get in touch with you about your Shmoopy needs in the flashes of flashes. 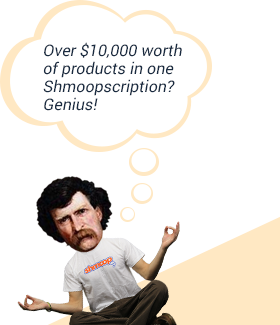 Visit our one-stop shop for all your test-taking needs.

Preparing for AP exams? Advance your placement with Shmoop.

Sharpen your subject skills with our guides to the SAT Subject Tests.

Get ready to get into the independent school of your dreams.