Albert Einstein was one of the twentieth century's greatest thinkers and scientists. His discoveries revolutionized the field of physics and forever altered mankind's understanding of the basic workings of the universe, leading to the dawn of the atomic age. Thrust into unexpected celebrity by the dramatic verification of his theories in 1919, Einstein quickly became an international icon of wisdom and intelligence.

Always a bit awkward in his social relations, Einstein nevertheless resolved to use his newfound fame as a platform to speak out on the political and social matters most important to him. From the early 1920s through his death in 1955, Einstein served as a powerful spokesman against nationalism, militarism, and anti-Semitism—the dark forces that repeatedly marred his upbringing as a German Jew and forced him, on two separate occasions, to renounce his German citizenship. After fleeing Hitler's Germany in 1933, Einstein resettled in America and spent the last 22 years of his life in Princeton, New Jersey, working to his dying day to formulate a "unified field" theory that could explain all the forces in nature in a single equation. Though he did not succeed in that quest, Einstein remains today, half a century after his death, one of our most powerful symbols of pure genius.

Albert Einstein did not learn to speak until age 3.

Albert Einstein's first child, a girl named Leiserl, was born out of wedlock in 1902 and put up for adoption by her parents. To this day, historians do not know what became of her. 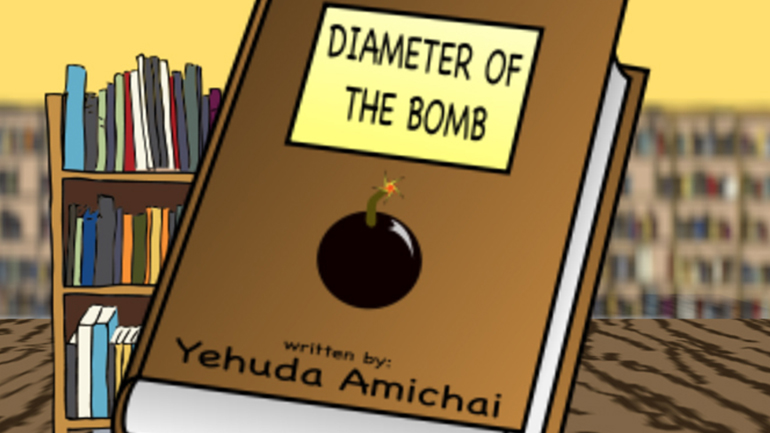 In 1952, Albert Einstein was offered the chance to serve as President of Israel. "I am deeply moved by the offer from our State of Israel," Einstein wrote in reply, "and at once saddened and ashamed that I cannot accept it."

Another fun fact, because Einstein was so influential, Yehuda Amichai wrote a poem about the atomic bomb. Go check it out right here.

Walter Isaacson, Einstein: His Life and Universe (2007)
One of America's preeminent biographers offers the closest thing we have to the definitive biography of Albert Einstein. The content is rich and the prose is clear, though (warning!) the book weighs in at a massive 700+ pages.

David Bodanis, E=mc2: A Biography of the World's Most Famous Equation (2000)
Bodanis offers a rich but accessible exploration of Einstein's famous equation, E=mc2. Bodanis explains the mind-bending concepts of Einstein's work by situating them within the broader historical, scientific, and biographical contexts of Einstein's life. The book, an effective work of both popular history and popular science, reaches out effectively to a non-scientific audience.

Albert Einstein, Relativity: The Special and General Theory—A Clear Explanation Anyone Can Understand (1916, reissued 1988)
Einstein himself attempts to explain his famous concepts to a general audience in this 1916 tract. We'll let you be the judge of whether his explanation really is one "anyone can understand."

Alice Calaprice, ed., The New Quotable Einstein (2005)
Albert Einstein may have been quoted (and misquoted) as often as any human being of the twentieth century. Einstein's sayings (not to mention sayings that have been falsely attributed to Einstein) still crop up on t-shirts, bumper stickers, and email sig files even today. The New Quotable Einstein is the definitive source for the sayings of one of our most quotable historical figures. The book's innovative structure—quotes are grouped thematically—provides a kind of shadow biography of the man.

Michael Paterniti, Driving Mr. Albert: A Trip Across America with Einstein's Brain (2001)
When Albert Einstein died in 1955, the doctor who performed his autopsy decided to remove the great thinker's brain so that future scientists could study it to determine the source of Einstein's intelligence. It's been preserved in formaldehyde in a glass jar ever since. This book is the slightly bizarre story of a cross-country road trip taken by the author, the elderly doctor who performed Einstein's autopsy, and Einstein's brain itself. (The brain rode in the trunk, in Tupperware.)

Professor Einstein
Albert Einstein at work in his study, 1920

At the Chalkboard
Albert Einstein in 1921

Fathers of the Bomb
Albert Einstein and J. Robert Oppenheirmer, leader of the secret Manhattan Project that developed the world's first atomic bomb

Dramatic Proof
Photograph of the 1919 solar eclipse that helped to prove Einstein's general theory of relativity.

"Annus Mirabilis"
Albert Einstein in 1905, the year he published a series of groundbreaking articles that revolutionized theoretical physics.

On the Cover
Einstein on the cover of Time magazine, 1929

Goofy Einstein
The famous physicist sticks his tongue out at a photographer, 1951.

Young Einstein (1989)
Albert Einstein's status as a cultural icon has long been just as immense as his reputation as a scientist. This goofy '80s comedy, in which a fictional teenage Einstein invents rock n' roll and discovers relativity while trying to brew beer, won't be of much use if you need to write a paper on the real Einstein. But if you just need a laugh...

Man of the Century
In 2000, Time magazine named Einstein its "Person of the Century," with the great scientist narrowly edging out Franklin D. Roosevelt and Mohandas Gandhi atop the "Time 100" list of twentieth-century greats. The magazine published several Einstein-related articles to commemorate the event.

Einstein — Image and Impact
The Center for the History of Physics, a project of the American Institute of Physics, has built a content-rich online exhibit exploring the life and scholarship of Albert Einstein. Includes an abridged version of Einstein's own essay, "The World As I See It" (1931).

PBS Nova — "Einstein's Big Idea"
Nova, the Public Broadcasting System's flagship science program, has built a substantial website to accompany its broadcast of "Einstein's Big Idea." The site includes a variety of Einstein resources; perhaps most interesting among them are interviews with contemporary physicists, who attempt (with varying levels of success) to explain Einstein's extraordinary ideas to ordinary readers.

Einstein and Friends
Home movie footage of Einstein at a Princeton garden party in 1943.

Digitized Manuscripts
Albert Einstein's papers, both scientific and personal, are now maintained in an archive at the Hebrew University of Jerusalem, which allows worldwide digital access to many of his manuscripts.

Next
More on Albert Einstein Navigation