Communication is pretty freakin’ important in the animal world. It is a way of saying, "hey, want to mate with me?" and "watch out for that lion, it looks hungry!"

Animals (us included) pass information between each other with signals, which are cues that can be picked up by the sensory system and are transmitted from one animal to another. Sounds, songs, words, scents, and waving a hand/paw/claw are all examples of signals. The process of receiving and transmitting signals is called communication.

Sometimes communication is a combination of these forms. Many animals communicate visually through body language and add a sound like a growl, playful bark, or a purr to get a message across.

Most animal communication is used within a species—individuals communicate with their social groups, potential mates, potential enemies, and their offspring. Many animals can tell if females are ready to mate by smelling them, such as the gazelles pictured below. In the case of giraffes, males actually taste the female’s urine to tell if she is in estrus (translation: if she is ready to make babies). 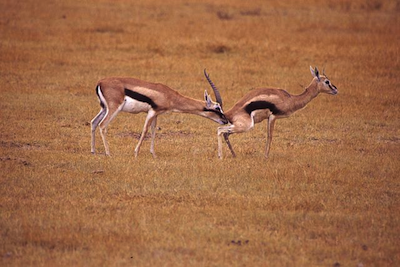 Many birds find mates with both visual and auditory communication. They often do all sorts of crazy song and dance routines to get potential mates interested.

Male manakins produce high-pitched squeals and then moonwalk to impress female birds. They are by far Nature’s best Michael Jackson impersonators. Watch this video of a bird moonwalking and prepare to be amazed.

Male frigatebirds spend 20 minutes at a time puffing out a red pouch on their chests to get the ladies interested. It is a pretty impressive display, and communicates good genes and fitness to the females. 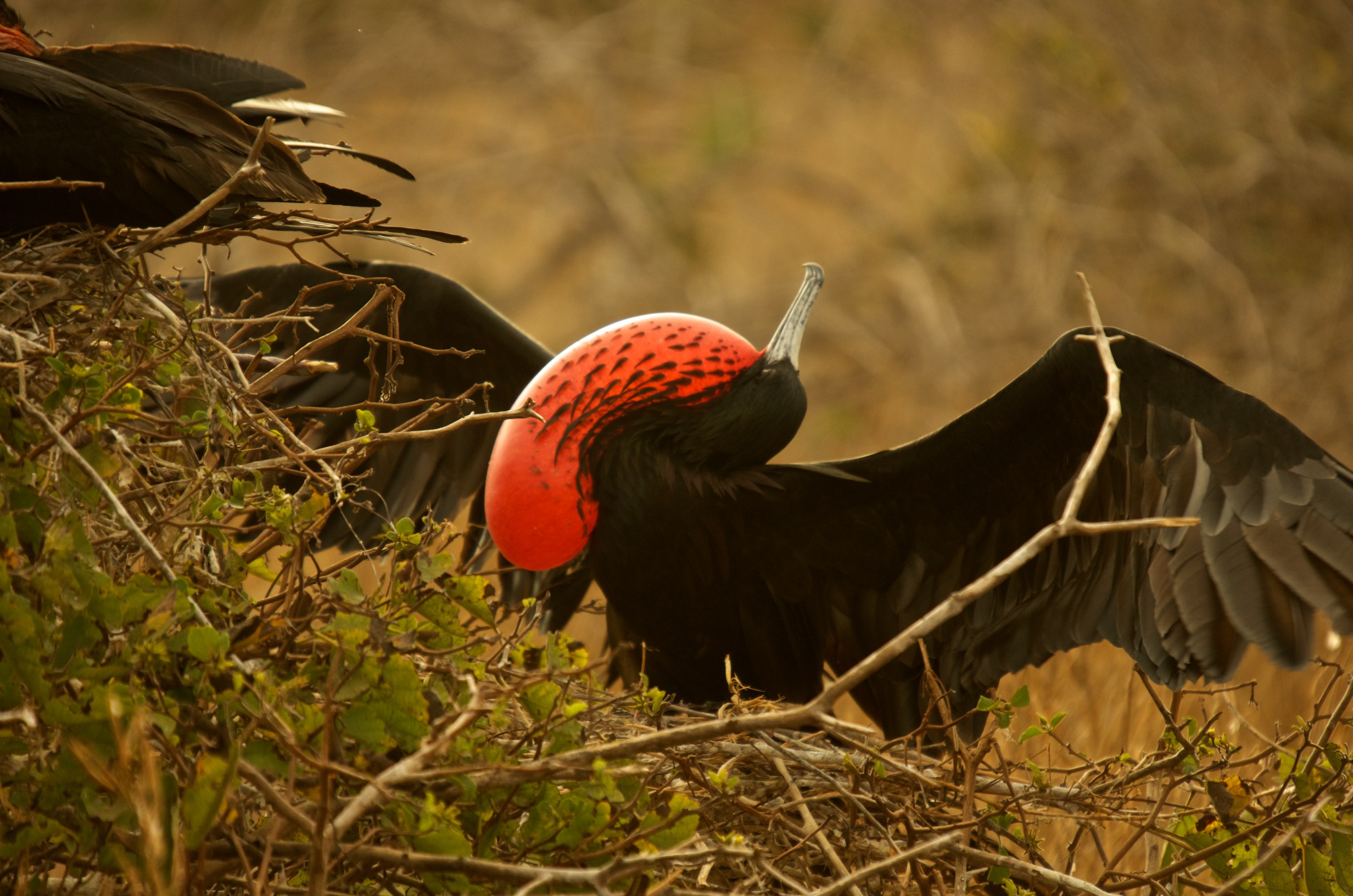 A special type of chemical communication uses pheromones (pronounced fair-uh-moans), which are chemical signals passed between individuals of the same species. Pheromones can be used to communicate alarms, readiness to mate, or to tell others where food is. Ants use pheromones to lay a trail from a food source back to the nest. Then, other ants can follow the trail to food.

There are other ways of alerting your buddies where food is. If you ever thought dance was more than just an art form, you are right. Dance is a form of communication to honeybees. When a worker bee returns to the hive from a foraging trip, it tells the other bees where the food is by doing a dance. Seriously, we didn’t make this up. If food is close, the bee does a round dance—it moves in tight circles. If food is far away, the bee does a waggle dance, consisting of a half-circle in one direction, then a half-circle in the other direction. The directions of the circles tell the bees which direction food is in. Watch a video of the waggle dance here.

In addition to telling other members of their own species important things about their willingness to mate and where to find food, sometimes animals have to communicate with other species. For example, sometimes prey species warn predators not to try to eat them…or else.

Gazelles and pronghorns are tasty animals for predators to eat, and they know it. The poor gazelles want to do everything the can to deter predators from chasing them, but unfortunately they do not have the odorific powers of a skunk and can’t squirt ink like squid do. Instead, when a predator spots them, they jump. They jump up off the ground with all four feet, showing their whole body off to the predator, a move called stotting. Now, you would think this is a dumb idea, right? Usually saying, "Oh hey lion, I’m so tasty I just wanted to show you the delicious dinner you could have if you catch me" does not end well for the one doing the taunting. Didn’t the gingerbread man try that? However, individuals who stot seem to deter predators from chasing them and are safer than animals who do not stot. So what’s the deal?

Researchers believe that stotting is a way for prey species to signal to the predator that they are extremely fit and it’s not worth the predator’s time and energy to chase them. To be fair, gazelles are super fast. And if they say they are fast, we here at Shmoop are inclined to believe them. We are not entirely sure why the predators believe them, but we have never heard of a lying gazelle, so lions probably haven’t either.