Do you ever wonder why your parents worry so much about you? Why do they get angry when you do fun things like skateboard in the street and ride shopping carts down hills? Well, they would say its because they love you and just want to protect you. That may be true, but subconsciously, they really just want you to survive so you can pass on their genes. It is not their fault, exactly—it is their genes talking.

You and any siblings you have are the only descendants of your parents, and therefore the only ones that can keep the genetic line alive. Since your parents have invested a lot of time in raising you already, they want to keep you alive and are going to try to control that as much as possible. If you were a cockroach, your parents wouldn’t care so much since they would have tons of offspring. They probably wouldn’t even remember your name. See, you don’t have it so bad after all. 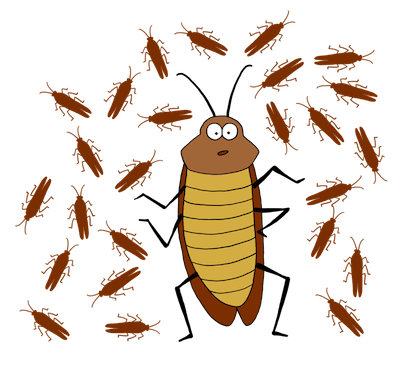 Different animals invest different amounts of effort into raising their offspring. Animals that make lots and lots of babies, like many insects, fish, and reptiles, usually do not exhibit much parental care. Many of these animals do not have high survival rates as babies. For example, sea turtles lay 1000 eggs but only 1 out of 1000 baby sea turtles will survive past the first few weeks of life. Predatory sea birds and other ocean life will claim the lives of the other ones. Sea turtles have high mortality, or death rate, early in life. Animals that live like this—making lots of offspring with high risk of dying—are called r-selected. This means their lives emphasize reproduction over ensuring that their offspring survive. If they make enough babies, at least a few will survive. This type of reproductive strategy is useful in unstable environments, where food is possibly scarce and conditions might change quickly. 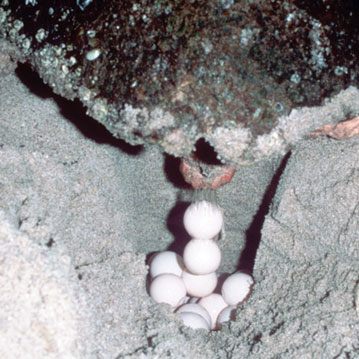 Sea turtle eggs. There are more where those came from.

In contrast to r-selected species, some animals have only one or two babies at a time, and then take care of the babies until they are old enough to live on their own. This is called parental care; basically, one or both parents care for the offspring. Humans and elephants use this strategy, which has a much higher rate of survival of offspring. In this situation, most mortality occurs later in life. In human society, old people die a lot more frequently than young people. This type of reproductive strategy, where parents produce a few offspring and have a lot of parental care, is called K-selected. K-selected species typically live in stable environments.

The point of all this is that some animals invest a lot of time and energy in raising offspring, and some animals are on their own from birth. If you are dealing with an animal that does exhibit parental care, you do NOT want to get in between a mother and her baby. This is especially critical if the animal has claws and sharp teeth, like a bear or crocodile. Crocodiles are unusual reptiles because the mother takes care of her babies.

Killer whales are mama’s boys. Male orcas whose mothers die, even when the male is fully-grown, are much more likely to die in the following year than orcas with living mothers. The daughters of killer whales do not need their mothers around in the same way, and do not show the same pattern.