Animal Behavior - Sensing and Responding to the Environment

Sensing and Responding to the Environment

The animal kingdom doesn't reward the lazy and inattentive. To survive, animals have to sense their environment. Animals sense the environment with body parts called sensory organs, such as eyes, ears, and noses. Sensory organs are vital for animals to find food, locate mates, and avoid danger.

We humans have five senses—sight, hearing, smell, taste, and touch; that's not too shabby a list, if we say so ourselves. Other animals use these same senses, though sometimes in different ways—or theirs are just flat-out than ours. For instance, many animals have much better senses of smell and hearing than humans do.

Some animals even have extra senses that humans don't possess. Many animals can sense tiny vibrations in the environment and use those to find prey or, if they are the prey, detect predators. Some animals, like elephants, can even use vibrations and seismic activity to talk to one another. Electroreception is another sense that some animals have that we humans can only daydream about. Lots of aquatic animals have this skill, as well as platypuses (or is it platypi?), cockroaches, and bees.

To find out more about animals' sensory super powers, check this out.

An animal's desire to survive will dictate its behavior. The chances of survival aren't very good for an animal that can't find food or hide from predators. Generally speaking, there are two main types of animal behavior: innate and learned.

Innate behaviors, or instincts, are those behaviors that an animal show throughout its life, and don't depend on experience. They don't have to be learned, because these behaviors are controlled by genes. They're naturally occurring in all individuals within a species. Spiders know how to weave webs without any other spider pals showing them how. Birds are expert nest builders, no instruction manuals required.

One interesting animal instinct is imprinting. Imprinting is common in birds like ducks and geese. For their chicks, it's vital to their survival to find their mama and follow her anywhere. Baby birds don't know who their mother is when they first hatch, so they imprint on to the first moving object they see after they're born. Usually, this is the chick's mother, but it's possible for a bird to imprint on another species, like a human, or even an object (as long as it's in motion).

Imprinting was first studied by Konrad Lorenz in the 1960s and 70s. He even won the Nobel Prize for Medicine and Physiology for his work, which mainly involved getting ducks to follow him around his lab. 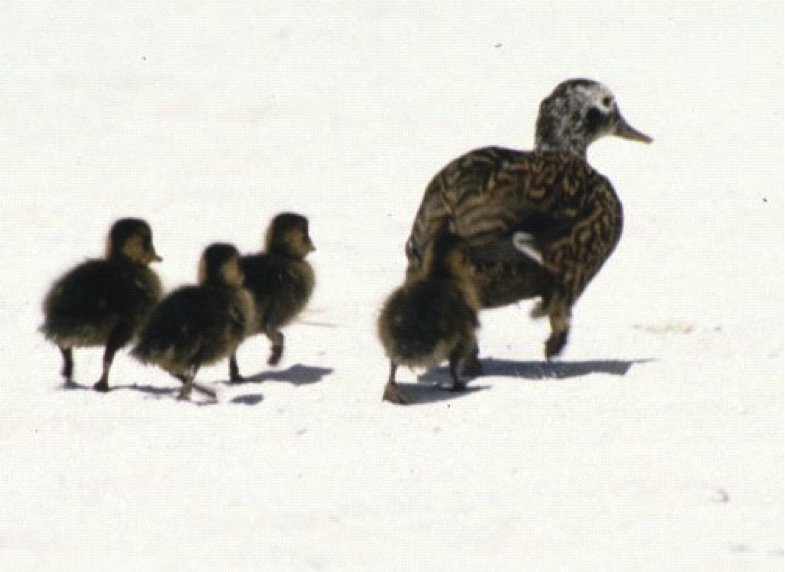 Ducklings follow their mother around after imprinting on her. Image from here.

All animals, including humans, have instinctual behavior, but animals can't survive on their instincts alone. Animals need to be able to respond to their environment to survive. Sometimes animals change their behavior based on situations they've experienced in the past. This process of modifying behavior based on experience is called learning. No, learning isn't all books and memorizing facts—but you knew that already, right? There are many different types of learning behaviors in the animal world. Here's a brief overview of some of them.

Observational learning, also called social learning, is when an animal watches another animal do something, and then decides that's a pretty good idea. Monkey see, monkey do, right? Observational learning is often seen when animals access a new food source. Ever watch a squirrel try to get into a bird feeder? He's watched those birds do it, and he's certain he can do it too. It's a sure thing that there are a dozen other squirrels watching him, so that when he succeeds, they can follow suit.

Baby animals learn through observation, mimicking, and imitation. Foraging, hunting, and some social behaviors like grooming in chimpanzees or songbird singing, are learned from an individual's parents. These behaviors don't require any active reinforcement from the parent; the baby just observes and mimics the behavior, and over time, it becomes part of the animal's normal routine.

Humans are particularly adept at observational learning. We're social creatures, after all, and many of our behaviors are a result of our cultural interactions with each other. For example, the ability to speak is physiologically hard wired into us, but what language we speak is a product of observational learning. We listen and mimic the sounds we hear, and eventually turn our babblings into coherent language.

Ever heard the phrase, "creature of habit?" Habituation is when an animal becomes desensitized to something that happens repeatedly without providing any new information. For example, if a train goes by your bedroom window every hour, after a while you stop noticing it. In the animal world, it's important for animals to habituate to non-threatening stimuli so they don't waste energy hiding from things that can't hurt them. 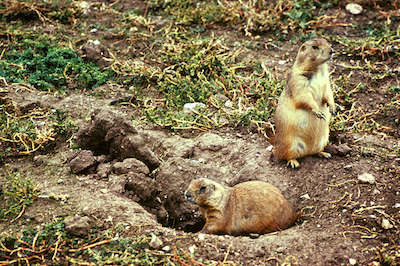 Associative learning is when an animal makes a connection between two or more experiences. If you eat some sushi you bought at a convenience store and then become violently ill, you would probably decide not to eat sushi from there anymore. This is an example of associative learning—you associated eating sushi with getting sick, and learned to avoid that situation in the future.

The same situation applies to animals eating poisonous snakes or caterpillars. If a bird eats a bright orange caterpillar and then vomits, it learns to avoid orange-colored caterpillars. This is an example of operant conditioning, which is when an animal changes its voluntary behavior based on the outcome of previous behavior.

In the poison caterpillar example, the bird avoids a behavior that resulted in something bad happening, like being punished or getting sick. Operant conditioning can also work the opposite way, too—if a pigeon sits in front of a park bench and gets fed sunflower seeds, it returns to that same park bench because it associates that spot with food.

You may have heard of Pavlov's dog, which is a classic example of associative learning. Dogs reflexively salivate at the sight of food. In a nutshell, a scientist named Ivan Pavlov rang a bell before feeding his dog over and over again so that the dog associated the bell with food. Eventually, he could ring the bell and the dog would salivate even without any food appearing. This is an example of classical conditioning, which is when an internal response (expecting food/salivating) is triggered because of an association with a stimulus (bell ringing).

Many toxic animals, like snakes, frogs, and caterpillars, have warning coloration—colored skin or scales that is bright red or orange. These animals take advantage of operant conditioning to remind potential predators that they taste bad and will make them sick. These animals have obviously never tastes Skittles.