Picture this: you're sitting on your couch, watching a nature special on the Discovery Channel. Okay, maybe it's the Disney Channel. On the screen, you see sweet little Simba slowly stalk an unsuspecting zebra in the African savannah. Inch by inch, he creeps towards the animal, trying to get as close as he can before he pounces. The prey, ignorant of the threat nearby, continues to munch on some wild grass while staring off into the distance. Meanwhile, you're sitting there, working your way through an entire bag of sour cream and onion potato chips.

All three of you are engaged in the same fundamental activity at that moment: seeking out and consuming food as a way to build up energy.

If an animal wants to do something, it needs energy, and that means it needs food. Whether it is going to attack a ground squirrel in the brush, digest a tasty centipede, or provide ATP for DNA replication, animals need to chow down. Nutrition describes the ways an animal balances the consumption, storage and use of food.

Herbivores (like zebras) are those animals that don't eat meat, and rely on plants and algae for their nutrition. Carnivores (like lions) primarily eat other animals, and omnivores (like us humans) will eat just about anything. We mean that as a compliment. Collectively, animals are called heterotrophs, meaning that have to eat something else as food.

Regardless of whether a meal consists of mashed potatoes and gravy, grass, or a barely-breathing zebra, all animals require a balanced diet including:

Carbohydrates are broken down into sugar molecules, and provide our bodies with essential carbon, hydrogen, and oxygen atoms. Though they are the sworm enemy of the Atkin's diet, carbohydrates are not all bad. They make the sugars that give cells energy to function—we'd be toast without them.

Lipids, or fats, happen to be the best source of energy, and yield almost three times as much of the stuff as sugar. Nowadays, we hear all about the evils of fat in the diet, but that comes from having far too much of it. The mantra of "too much of a good thing" holds true for an air conditioner if it's turning the tips of your fingers blue, and the same goes for fats.

Of the fatty acids, animals need to eat unsaturated fats. Unsaturated fats are the good ones found in peanuts, for example, not those found in the greasy cheeseburgers. Remember, just because the thing is called "fat," it doesn't necessarily mean it exists just to give you love handles.

Proteins from the diet are broken down into peptides (small chains of amino acids) and individual amino acids, and provide a rich source of carbon, nitrogen, oxygen, and hydrogen. Our bodies use these amino acids to make enzymes. Enzymes help speed up the rate of chemical reactions.

Of the 20 amino acids, most mammals can only synthesize half of them within their own bodies. Therein lies the problem. Like a deck of cards, we can only play if we've got a full set of amino acids. What's an animal who is trying to survive to do? Chow down. The rest of those AWOL amino acids must come from the diet, and are called essential amino acids. Try not to say that too loudly around the amino acids already created by the body, as they really hold a grudge.

Our bodies can't make isoleucine, leucine, lysine, methionine, phenylalanine, threonine, tryptophan and valine. If you were still a baby, you wouldn't be able to synthesize arginine and histidine, either. Although meats and eggs typically have most, if not all, of these essential amino acids, plants usually don't (for example, corn doesn't provide much lysine or tryptophan). If you're a plucky herbivore (or a vegan) who is trying to make your way in the world in a meat-free way, that means eating a wide range of plants to make sure the body is getting all these key pieces. 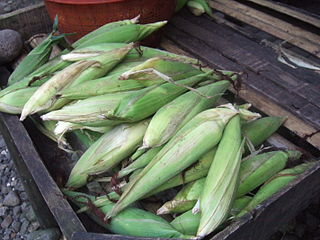 As good as it looks, a diet of just corn won't give you all of your essential amino acids. Image from here.

Both water-soluble and water-insoluble vitamins are also a must, but are usually only necessary in low quantities since they can be reused for various biological processes. Apparently, our bodies reduced, reused, and recycled before it was cool.

When our bodies don't get enough of these nutrients, it can lead to a lot of un-nice things. Coming up short on Vitamin K? Blood clotting might not occur correctly, and a nasty paper cut could become a life-threatening gusher. Been ignoring your body's need for selenium? Say 'hello' to deteriorating heart muscle. As lovely as that sounds, we recommend getting the vitamins you need.

Minerals and inorganic compounds, like iron and potassium, must also be added through our diets. Many minerals are cofactors to enzymes and regulate their activity. If you don't have enough iron in your blood, for example, your body won't be able to carry oxygen in its red blood cells effectively. As a result, you might end up tired and as easily bruised as an overripe banana.

Table 1. Where we get the essential amino acids in our diet

*Only essential in infants. Adults can synthesize arginine and histidine. Please note: This listing is not complete, and does not include all of the foods where these essential amino acids can be obtained.

We have a confession to make. Not all living things get their energy from food. We were shocked when we found out, too. Only heterotrophic organisms get their energy by eating organic lifeforms, and lucky for us, animals fall into this category.

To be well-rounded individuals, we should know that some bacteria and archaeal organisms are chemotrophs, which means they are inorganic chemical eaters. They take in matter from inorganic material in the environment, such as hydrogen sulfide, iron, methane, and ammonia. They get energy from their "food" simply by moving electrons around in chemical reactions.

These organisms generally live in deep-sea vents and other hostile environments where the sun doesn't shine. Chemotrophs can be autotrophs or heterotrophs, with the big difference being whether they can fix carbon from the environment to make organic compounds. Chemoautotrophs can make all their own macromolecules, while chemoheterotrophs have to find carbs, lipids, and proteins in the environment to supplement their inorganic diet.

Then there are phototrophs. These creatures get their energy from the sunlight; they convert the light into sugars and other organic molecules. We're mainly talking about plants here, but algae and some bacteria can do it too. We may think it's cool that they don't have to stress about restaurant reservations or cafeteria lines, but think of it this way—they've never known the sweet taste of chocolate chip cookie dough.

When someone is talking about nutrition, they're talking about animal nutrition and food. However, some living creatures march to a different drummer when it comes to mustering up energy.

When the 20th President of the United States, James Garfield, lay dying from a gunshot wound to the stomach, he couldn't eat. His doctors gave him a hand by injecting partially digested food into his rectum. Yum. His doctors were smart enough to know that the president needed adequate nutrition, and made sure he got enough protein and fatty acids.

This food-through-the-butt thing actually did prolong his life, but we don't recommend it. Too bad his doctors didn't know that sticking unsterilized fingers into a gunshot wound over and over again would cause nasty infections. Those infections are the reason he ended up dying. Go figure.