Okay, so now we know how gametes are made AND how mates are selected. Now, we can finally move on to the union of the gametes. First, we will discuss two different modes of introducing the sperm and egg: external fertilization and internal fertilization. Then, we will discuss what happens at the big moment when the sperm and the egg actually meet (other than fireworks).

Animals that live in the water usually release their gametes directly into the water—plop, splash. The union takes place outside of the body, and is called external fertilization. Many fish, amphibians, and other sexual aquatic animals use external fertilization (the exceptions are aquatic mammals, sharks, and some other special types of fish).

External fertilization is beneficial because the mother does not have to physically carry the developing offspring. She can also lay a brood of many eggs at one time (we are talking hundreds to millions of eggs). On the other hand, it is also more dangerous because the developing offspring are at a risk to predators gobbling them up for breakfast or second breakfast. Humans aren’t the only ones who like caviar. Eggs are also not as protected from environmental changes (such as pH or temperature) as they would be inside their cozy mother.

It is important that both the eggs and sperm are released in synchronization. Courtship rituals are important to ensure that both parties are ready. Sometimes there is a single pair of fish, but since the eggs and sperm are just "out there," it is also common for multiple males or multiple females to spawn at the same time. There are even sometimes sneaky undesirable fish that hope to get in on the action. They release their gametes secretly near a better male's lady friend since they can't get one of their own.

Gametes can be released in various situations:

In mammals, reptiles, birds, and some types of fish the gametes meet inside of the female's body. This is called internal fertilization. All land dwellers need to fertilize this way because sperm still prefer swimming to walking. If given the chance, we think sperm could probably bounce on their tails a la Tigger style. But even if they could bounce, they still need to stay in a wet environment.

In some species the males directly insert sperm into the female by using important external sex organs. In other species, the males release sperm by abutting against the female (in the case of chickens) (and crossing their fingers that their sperm make it inside). In another indirect type of internal fertilization, salamanders and scorpions deposit jelly-like sperm packets into the environment rather than into/onto the female. She then straddles these packets to allow sperm to get inside to her eggs.

The primary male sex organ is the penis. The function of the penis is to enter into a female's orifice and deposit sperm. The penis typically swells with blood during copulation which makes it sturdier and easier to insert into the female.

Some lizards and snakes have a pair of hemipenes instead of a single penis. The hemipenis turns inside out like a finger on a glove to extend outside the body. There are also some types of spiders and squids that deposit sperm outside of their body and use their antennaes and tentacles to pick it up and place it inside the female. Talk about getting "handsy." 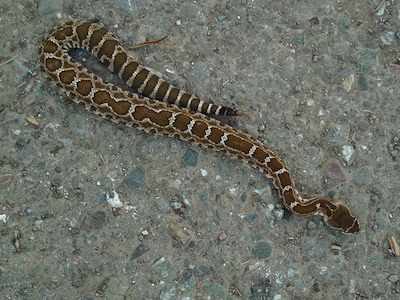 This guy is packing double trouble in the form of hemepenes. Image from here.

The primary female orifice is either a vagina or a cloaca. A vagina is found in mammals and is specifically used for reproduction. The cloaca is found in birds, reptiles, amphibians, and monotremes. It is used for reproduction as well as excretion of waste. In some birds, both the male and female each have a cloaca which they press against each other for transfer of sperm. Presto. 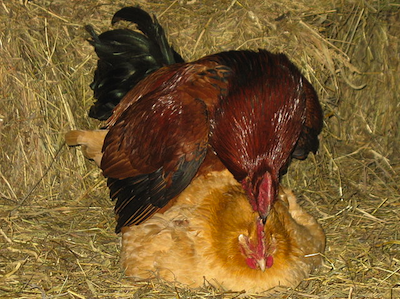 If the cloacas are rocking don’t come a bawking. Image from here.

When these accessory organs are joined it is called copulationor coitus. There is usually a puzzle-piece fit between a male's and a female's sex organs. The penis is inserted into the vagina and the sperm are ejaculated inside.

The puzzle-piece exception is the banana slug which has a penis that is sometimes the entire length of his body. If he cannot find a mate large enough to accommodate it, then she will chew off the end. Chomp chomp.

Even worse are bedbugs; they fertilize the female by stabbing a hole right in her abdomen. The sperm are injected directly into the body cavity. No correct fit needed.

Since copulation is not always easy, both females and males may try to escape before completion. To increase success, many species have built-in ways to prevent early separation.

In many reptiles and fish the male may have hooks or barbs on or near his penis (or hemipenis) that attach to the female during copulation. Sharks have been known to severely bite females to hold them during copulation (and these are not even vampire sharks). Dog penises also swell during copulation and are difficult to remove until completion.

Remember, there are also some animals that reproduce via parthenogenesis. Their offspring develop from an unfertilized egg (essentially, a virgin birth). For example, whiptail lizards are all female. However, they still like to perform copulation to stimulate egg development. They climb on each other and pretend they are copulating although no coitus actually takes place.

Hermaphrodites also have to come together to trade gametes even though each possesses male and female parts. Sometimes there is a cross fertilization and both partners are fertilized. Other times, one partner takes the male role and the other takes the female role (depending on who remembered their wig).

Flatworms have a special way to determine who the "female" is. They duel with their erect penises until one gets stabbed. The loser is now the "female," but she shouldn’t worry. She is getting inseminated with genes which are stronger than her own. There are actually plenty of miraculous virgin births in the world if you look around. 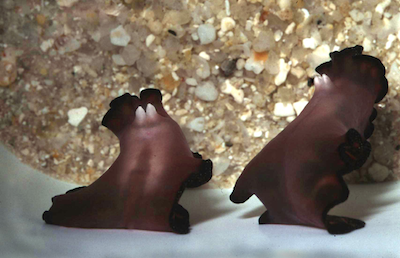 Once a sperm is released it sometimes has a long swim before it actually reaches the egg. Human sperm ejaculations can have up to 300 million sperm, and there can be only one winner. For the lucky first one there, there is a sequence of basic events that generally must happen during fertilization.

1) Sperm must get through any protective layer that the egg has.

2) The egg and sperm must pass the "same-species" test. This is extra important for external fertilization since many types of sperm and eggs could be in the same area.

3) There are also some defensive moves to prevent other sperm from entering, called blocks to polyspermy.

4) The nuclei fuse to create a diploid zygote.

The process of fertilization has been well studied in sea urchins. When a sperm reaches the egg, the acrosome releases its enzymes and they eat through the outer egg layer. Once through, the head of the sperm elongates like a skinny finger pointing towards the egg. Next, a special species-specific protein on the acrosome tries to match with a receptor on the egg. If they match, then the sperm is engulfed into the egg for nuclei fusion.

The human fertilization process is similar. As the sperm travel, they are activated by the female reproductive tract and swim through an outer egg layer called the cumulus cells. Next, they interact with the internal protein membrane called the zona pellucida and the acrosome enzyme reaction begins to clear the way.

Just like in the sea urchin, there are special species proteins on the zona pellucida that must match the sperm in order for it to continue. If they aren’t the same species, it’s a no-go. If they are the same, then the egg then proceeds through its second division and the nuclei of the sperm and the egg fuse. Hello zygote.

Sea urchins and humans also have a slow block that occurs a minute later. A release of calcium causes a physical barrier to appear or the zona pellucida to disappear. Both blocks prevent more sperm from entering.

Similar to a polyspermy block, males of some species have developed "otherspermy" blocks. These tactics prevent other suitors from copulating after they have finished. In mice, the excess sperm develops into a hard crusty plug that physically blocks other males from copulating. Trust us, it is as icky as it sounds. Some male insects even try to thwart previous suitors. They have special penises that are shaped to scoop any other sperm out of the female to better their own chances.

In animals with external fertilization, multiple eggs are released, which can be fertilized by one or several different males. In internal fertilization, there can be multiple offspring if multiple eggs were fertilized. These offspring have the same father or they can have different fathers if the mother mated with more than one male during estrus. For example, a litter of puppies could be fathered by one or more fathers. 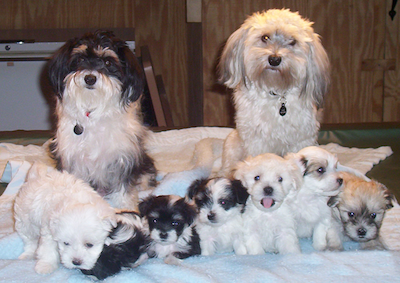 We all know this is what you came here for. For the uninitiated, these are puppies. Image from here.

In humans, it is normal to only have one offspring. A single egg is released at a time. Sometimes, two eggs are released at once and are fertilized by separate sperm. This causes fraternal twins, who are basically siblings that are carried in the same uterus at the same time. If the egg splits into two after fertilization, then identical twins will result. Sometimes eggs can split more than once and identical triplets, quadruplets, etc. can occur.

The zona pellucida is important for the "same species" test. Scientists were able to remove a zona pellucida from a hamster egg and use a human sperm to fertilize the egg. This hamsthuman embryo does not develop due to other problems, but this experiment is helpful to determine if a sperm is capable of getting inside and fertilizing an egg. Fertility centers sometimes perform this test to pinpoint the cause of male infertility.