Marine Protected Area: A Marine Protected Area (MPA) is a protected area in the ocean where fishing and other activities are restricted. Exactly how those activities are restricted varies from MPA to MPA. Some have "no-take zones," which are zones where no fishing is allowed, and others make fishing seasonal to allow reproduction and replenishment of the fish population. Often MPAs are located in areas that are important as nursery or breeding grounds for fish. MPAs in tropical countries often offer eco-tourism activities like snorkeling and diving.

National Parks: The United States has one of the biggest national park systems in the world, but other countries have national parks, too. The activities allowed inside a national park may vary from country to country, but usually all the animals and plants inside the park boundaries are protected, and no hunting, fishing, or collecting are is allowed. In some parks, like Yosemite National Park, activities like hiking are limited to a certain number of people to reduce the impact on the ecosystem and to make sure people are not too crowded—what is the point of visiting the wilderness if it is really crowded with other people? National Parks in the US are created by Congress, and are managed by the National Park Service (NPS). 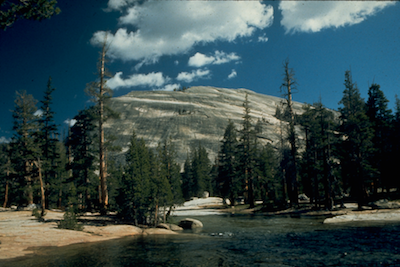 The National Parks: America's Best Idea is a six-episode TV series about the history and people behind the national parks. See select video clips here. We have to say, Ken Burns is the man.

National Monuments: National Monuments (in the US) have similar protections to national parks, but are designated by the President. Monuments are also managed by the National Park Service, and sometimes are conservation biology oriented, but sometimes are meant to preserve a place of historical importance. Two recent National Monuments include Fort Ord, a US Army post in Monterey, California, which is habitat for the endangered Smith's blue butterfly and Papahānaumokuākea, in northwest Hawaii, which contains many coral reefs, in addition to being culturally important to native Hawaiians.

National Forests: National Forests are federal lands that are used for timber harvesting, livestock grazing, and recreation. The US Forest Service manages these lands so that they can be used for current and future generations.

Conservation Easement: A conservation easement protects land from development so that the land can be used for conservation. Often, non-profit organizations such as Ducks Unlimited, the Sierra Club, Conservation International, and the Nature Conservancy help create conservation easements. They do this by working with landowners to create legal agreements that limit the types of activity that can happen on that land and prevent the land from being divided up and sold.