This is rain containing pollution from the sulfur and nitrous oxide emissions of power plants. Acid rain did a lot of damage to Appalachian ecosystems before 1990. In 1990, amendments were added to the Clean Air Act to reduce acid rain. Hikers, rejoice.

This is the term for when a threshold population size is required for certain activities, such as breeding, pollination, or protection from predators.

This term originates from humans or human activity. Global warming is sometimes called "anthropogenic climate change" to separate it from the natural variations in climate the Earth experiences.

This is the magnification of a substance at higher levels of the food chain. Usually substances that are stored in fat are subject to bioaccumulation. Mercury pollution from power plants is an example of something that bioaccumulates and affects human health. Tuna are predators and eat many smaller fish that have low levels of mercury in their tissue. But the mercury builds up in tuna's tissue, and then accumulates in humans who eat tuna and can interfere with our brains and nervous systems. This is why you shouldn't eat canned tuna too often. Check out the guidelines here.

Biological + diversity = biodiversity. As in, "Wow, there are a lot of different types of plants, animals, fungi, and microbes living here." Biodiversity is usually measured in number of species. If your backyard has 15 species in it and ours only has 4, then your yard has higher biodiversity than ours does.

This is an area with lots of species, many of which are found nowhere else. Some areas have much higher biodiversity than others. A kitchen sponge has way more microbes living in it than a bottle of rubbing alcohol does. Sorry, but it's true. On a global scale, some regions are home to lots of species. Many of those species are endemic to that area, which means they live nowhere else. These areas with high biodiversity are called biodiversity hotspots because they are teeming with life, and there may even be undiscovered species there. These areas are also threatened by human activity, and so they are the targets of many conservation efforts. California is a biodiversity hotspot because of all the plants that only live in California; the Caribbean islands with their cloud forests, scrublands, and coral reefs, are also a biodiversity hotspot.

These are the changes in long-term temperature and precipitation patterns. We are currently facing the problem of human-caused climate change, which is raising temperatures on the Earth faster than ever before.

This is the protection and preservation of the environment, including the physical and biological processes in it. Conservation biology draws on many disciplines, including ecology, evolution, political science, climatology and anthropology.

This is an international treaty designed to regulate sale of endangered and threatened species. CITES was adopted in 1973, and is pronounced "Sie-tees."

This is a pesticide that was used in the 1940s and 1950s, short for dichlorodiphenyltrichloroethane. We can see why they shortened the name. DDT is bad for animals and ecosystems—its intended purpose was to kill insects that carried disease and harmed crops, but it ended up killing off many marine animals and birds of prey. DDT is stored in body fat, so it works its way up the food chain, getting more and more concentrated in top predators (bioaccumulation). The silver lining is that the effects of DDT being sprayed caught people's attention, which started the environmental movement in the US, making people care enough about conservation to create environmental protection laws. Not to mention the inspiration for the song "Big Yellow Taxi."

This is a term describing all the living and nonliving things in a certain location. This includes individuals, populations, communities, and the abiotic components in the environment, like water, air, chemicals, landscapes, and the like. Conservation biology often has to take the whole ecosystem into account when considering one particular species, since all the things in an ecosystem are interconnected. (Cue the music.) It's the ciiiiiiircle of life…

These are the functions that ecosystems provide that are useful to humans. Examples of ecosystem services include providing oxygen to the atmosphere, purifying water, and providing food, lumber, and medicines.

This is the area of land and water needed to support an individual's lifestyle. Ecological footprints are used to measure and compare resource uses among different cities and countries.

This is a species that is at risk of going extinct in the foreseeable future. Endangered species are usually protected by the countries they live in.

A species that is native to only one region and lives nowhere else. Endemic species are often the target of conservation efforts because they are not widespread.

Having no members living. A species goes extinct if the last living individual dies. Dodo birds are a classic example of an extinct species. They will always live on in Alice in Wonderland for us, though.

This is a catch-all term for the fast-paced times we're living in that includes climate change, invasive species, habitat destruction and urbanization.

This is a gas that traps heat naturally in the atmosphere. They are called this because they make the Earth act like a greenhouse, where windows allow sunlight to come in, but keep heat in. Greenhouse gases can be found in the atmosphere of our dear planet and include carbon dioxide (CO2), methane (CH4), and nitrous oxide (N2O). Greenhouse gases are sometimes abbreviated GHG.

This is the act of breaking a habitat into smaller and smaller parcels. Habitat fragmentation usually happens when roads are built and land is developed for human use. This begs the question, why did the chicken cross the road?

This is the value a living thing has just for existing, not for what it provides to humans. This is a bit of a controversial issue, and philosophers have philosophized over this for centuries. Does every living thing have the right to exist? Does an earthworm have the same right to exist as an eagle? What about an oak tree? Many people say ecosystems have intrinsic value; their complex interactions between species living together have value in and of itself, regardless of what services the ecosystem produces. The U.S. Endangered Species Act values endangered species in this way—it does not just protect species that are important to humans in some way.

This is the creation or preservation of an ecosystem to ameliorate damage caused to another one. Since many wetlands are connected to each other and to rivers, lakes and streams, wetlands in one area can be affected by alteration to wetlands in another. Mitigation of wetlands is necessary under the Clean Water Act in these situations.

Overexploitation is a general term for harvesting too much of a resource. Overfishing and overhunting are specific types of overexploitation.

This is a compound in the upper atmosphere that filters out ultraviolet (UV) radiation. In the lower atmosphere, ozone is a pollutant and causes health problems.

This is illegally capturing protected animals or plants. It is also a delicious way of cooking an egg.

These are substances in the environment that have harmful effects. Pollution usually happens because of something humans do, though volcanic ash is a pollutant, too.

This is a group of interbreeding individuals of the same species. Technically they don't have to actually interbreed; they just have to be able to at some point in their lives. So even though a grandma elephant isn't making baby elephants anymore, she is still part of the population if she lives in the same area as the rest of the herd.

This is the rehabilitation of a habitat or ecosystem to a previous undamaged state.

This is the number of species in a given area. Species richness is often used to measure and compare biodiversity of different places.

This is using resources in a way that allows for use of those same resources in the future. The way we live now is not sustainable—the Earth cannot support humans' resource use forever because there are not enough resources (such as food, water, and energy).

Tragedy Of The Commons

The Commons: where the King would allow the commoners to bring their sheep to feed/eat and, well, you know. They fertilizied the fields for future generations of grass.

Yeah, not so much. Why? Well, sheep don't know when to stop. They'd eat and eat and eat until they went all the way down to the roots of the grass, as more and more sheep, with free access to the King's lands, came on down to eat and crap all over the place. The tragedy was that, since there was no gating against the wanton commoners, they didn't know to gate their sheep. So the next season, there simply was no grass to eat, as the roots were all gone. And, in true Disney film fashion, they all died.

Yeah...Disney was darker in the 18th century. 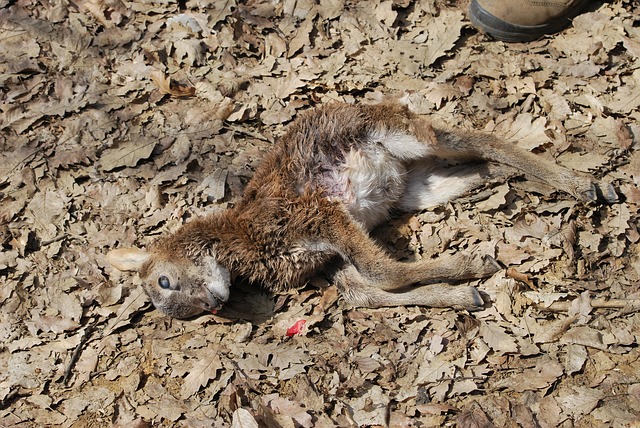 This is a species that is likely to become endangered in the foreseeable future. Threatened species are not in as bad of shape as endangered species, but are still protected in the U.S. under the Endangered Species Act.

Danger comes from dangier = meaning the power to harm (F)

mitigare = to soften or alleviate (L)

populus = people (L) [Even though we can talk about populations of many different organisms, not just human populations]

sustinere, from sub- =from below+ tenere = hold (L)