We already talked about how anatomical structures can be pretty similar between different animals, but these homologous structures are especially easy to identify at the early stages of embryonic development. Among vertebrates, embryos all look amazingly similar at their earliest stages. The arms of a human look pretty different to the wings of a bird when you look at adults, but studying baby birdies in the eggs and baby babies in the womb, and we can see that the bones that make up those arms and wings are homologous, and share a common ancestor.

For example, baleen whales don't have any teeth—instead, they use their baleen like a giant sieve to capture plankton to eat. But when whales are gestating, they show evidence of tooth formation. Those little teeth won't be chomping on any harbor seals though; they're rudimentary, my dear Shmooper. The fact that these pearly whites are present in the womb tells us that the ancestors of baleen whales had teeth, and that, over a very long time (we're talking eons) they lost their teeth and acquired baleen. Bye-bye Tooth Fairy.

Many modern scientists focus on developmental pathways, or on the genes that regulate development. The genetics of making a baby jellyfish (infant jellyfish are called ephyrae, by the way) are surprisingly similar to those that make baby aardvarks. And we all know how similar an aardvark is, to well…anything. 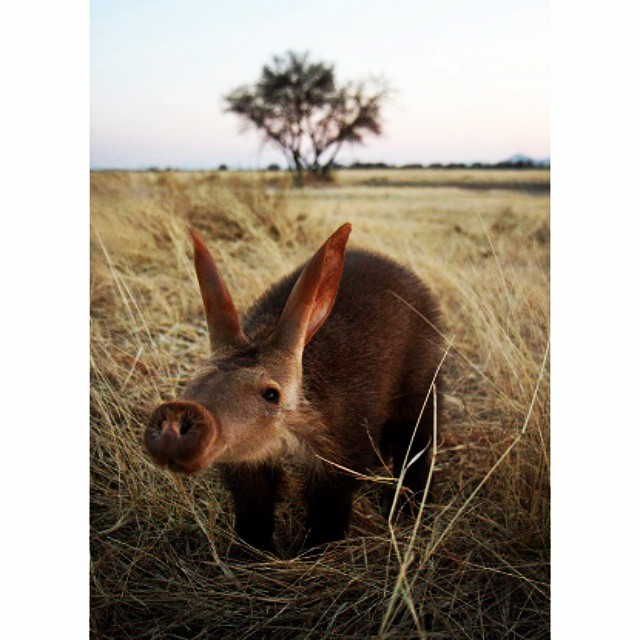 Is it a pig? A rabbit? Maybe it's a baby donkey. (Source)

For example, Hox genes are a group of genes that affect the formation of body segments—and not just creepy crawlies have segments. All animals, regardless of shape, have them! Studying how mutations affect Hox genes sheds light on how so many different kinds of animal shapes exist on the planet. Mutations in Hox genes can cause a certain kind of body part—like a leg or a wing—to grow in a completely different place. Over evolutionary time, different animals have evolved different numbers and kinds of Hox genes, leading to a diversity of body shapes and types. Studying these genes and understanding how they differ in jellyfish, aardvarks, and other animals can help us understand how certain kinds of physical traits came to be, and makes it clearer than ever that all these different organisms are related to each other.

Scientists do this kind of thing to fruit flies all the time, mutating the Hox genes, and making legs grow out of antennae holes. Aren't you glad you're not a fruit fly?

See how you fare on NOVA's Guess the Embryo challenge and see how similar we all really are.