Mutations often get a bad rap, but who doesn't want to mutate from a sweet little pond turtle to a massive crime-fighting ninja reptile? Are mutations good or bad? Eh…it depends. We hate to be so indecisive, but the details make a difference when it comes to mutations.

Organisms, including turtles, are constantly having their DNA mutated by the harmful UV rays of the sun (so don't forget the SPF 50) or by treading through radioactive chemicals in a sewer. Occasionally, these mutations can help a member of the population survive. Or maybe it mutates a turtle into a pizza loving ninja dude. Mutations can often be harmful, such as those that cause cancer, birth defects, or cyclopia. 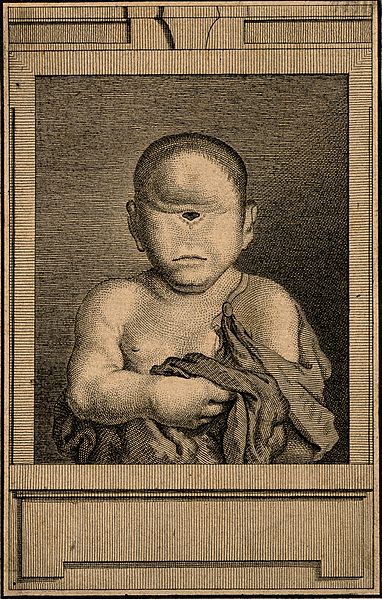 Weird as it may be, this actually can happen. (Source)

A mutation is simply a change in the original DNA sequence of an organism. This can be a big change or a small one. Examples of mutations include:

Most mutations are small, random, and don't cause organisms to become mean green fighting machines. In fact, most mutations do nothing at all. One human cell contains over 3 billion base pairs. However, in that ridiculously large amount of DNA, there are only 20,000 or 25,000 protein-coding genes. Some of the DNA codes for regulatory regions or other types of RNA. And all the rest…just junk.

Current estimates are that there is way more "junk" DNA than base pairs that actually code for anything. No, the cell doesn't collect junk DNA because it likes the look of it on its bookcase. It collects it to protect the DNA. Having a lot of junk means that a random mutation is more likely to hit a region that's worthless, protecting the parts that keep your body functioning at optimum capacity.

When a mutation does occur within a protein-coding region of a gene, one of the following might happen.


If a mutation has a negative outcome that affects the organism's ability to survive or reproduce, the organism is less likely to pass on its genes. Therefore, the population will remain largely unaffected. It's true that most functional random mutations are harmful, and are largely selected against in a population. Conversely, an adaptive mutation gives an organism a selective advantage. It drives evolution, albeit slowly, like a tortoise. That's okay. Slow and steady wins the race.

Let's look at an example to make all of this come to life. Consider the butterfly. And just because, picture a pretty little species of butterflies with buttercup colored wings. A female butterfly gets shot with a ray of sunshine that mutates one copy of a gene that codes for a protein involved in wing color. This mutation causes her offspring to have wings with a greenish hue. These new greener wings help her baby butterflies blend in with their favorite leafy treat, making it more difficult for predating birds to detect them.

Because this new phenotype is advantageous to the organism, the members of the population that carry the mutation live longer and are able to produce more offspring. The allele frequency of the adaptive mutation continues to increase, and microevolution is a result. 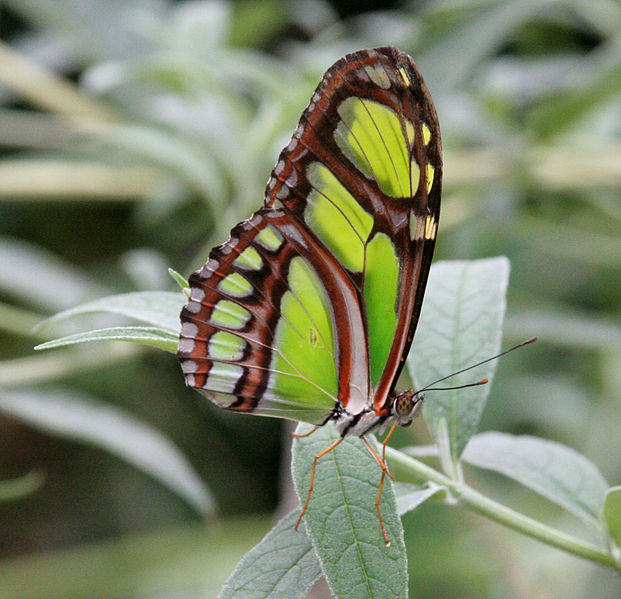 Before you know it, the world's full of green butterflies and silly love songs. (Source)

It's simpler to see how adaptive mutations cause evolution in bacteria. Why, you might ask. Well, because they're small, have a lot less DNA, and they reproduce as fast as once every 20 minutes. So while it might take 1000 generations to see real evolution, in bacteria, that's only about two weeks.

Want a real world example? Of course you do! Let's imagine that an insertion mutation in a species of bacteria gave a few individuals a new way to devour some delicious copper cobalt. Having this adaptive mutation means that that metallic environment is now perfect for our mutant bacteria. Over multiple generations, these mutations are selected for and now we have a bigger part of the population head banging to some heavy metal.

(Mad) Scientists often try to mutate an organism's DNA just for the fun of it and see what happens. In Japan, scientists have been playing around with mice with some interesting consequences. The Evolved Mouse Project has produced mice with stumpy little legs, ones with tails like a dachshund, and even ones that can tweet like birds.