If you're like us at Shmoop, you don't consider sacs of self-replicating chemicals as "life." We at Shmoop also fire anyone who forgets to wear a Hawaiian shirt on Hawaiian Shirt Fridays (if you're reading this, Barry, no you cannot have your family pictures back). Life is so much more: the birds in the trees, the flowers in your garden, the mold growing on Frank's chili in the refrigerator. These are all what we consider life, even though we told Frank to throw away his chili weeks ago.

In the late 18th century, a sad, lonely Swedish biologist named Carolus Linneaus took it upon himself to name and organize life on Earth. He developed a system of taxonomy, or classification of organisms, using the following hierarchy:

Despite some flaws (see Molecular Evolution section), this system is still the gold standard for organizing life on Earth. In fact, you may best appreciate it because we use the Linnean system of naming organisms based upon their genus and species names. Some popular Linnean names for organisms are:

Probably the most significant improvement on the Linnean system was its reorganization following the discovery of Archaeobacteria. This led to the new organization:

A good system to remember this is the mnemonic device – Did Katie Pour Chili On Frank's Good Suit? This may or may not be related to Frank forgetting to throw out his chili in the fridge. The introduction of domains split life into three major supergroups (note: the band Asia is not a domain):

While prokaryotes and eukaryotes are very different from each other, archaea are like a hybrid between the two, a sort of prokaryote-eukaryote daywalker. 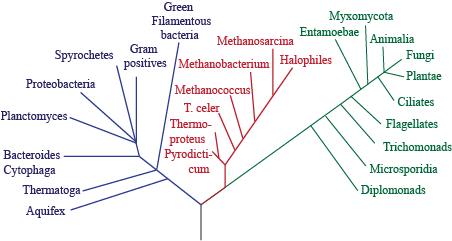 Our self-replicating sac of chemicals acquired functions and diversified into one of three domains: prokaryotes, eukaryotes, and archaea. They grow up so fast…

It'd be nice to imagine a world where the three domains exist in perfect harmony, none bothering any other. We'd really love to tell you that's how the story ends. We'd also love to tell you a great way to save money on car insurance. We just can't.

The process of absorbing a prokaryotic cell into a eukaryotic cell is called endosymbiosis; two examples are mitochondria and chloroplasts.

Mitochondria and chloroplasts exhibit many signs that they are products of endosymbiosis (endosymbionts). These include:

By absorbing bacterial cells that became mitochondria or chloroplasts, eukaryotic cells benefited from all the energy that those cells produce either through oxidative phosphorylation or photosynthesis. It's like coming home to find that drifter, and that drifter cooks highly nutritious gourmet meals for you all day.

We've gone from sacs of chemicals to a pretty good origin for all forms of single-cell (unicellular) life. What about plants, animals, and fungi—those wacky multicellular organisms? How did they get from single-cell life to multicellular life? Did they do it legally? For an organism to be considered multicellular, it has to have the following properties:

These three criteria explain why a tub of yogurt is not a multicellular organism, while the mold on cheese is. Hooray mold. There are colonies of bacteria called "biofilms" which meet the first two criteria, but don't specialize. This is why biofilms are not considered to be multicellular life. They are not considered to be very good forms of cinema either. Get lost, biofilms.

Despite this, some types of myxobacteria and other prokaryotes within a colony can have cells that differentiate, forming prokaryotic multicellular life.

There are two popular theories on the origins of multicellular life on Earth. They are:

Examples of both types of organisms can be seen in nature. Composite lichen support the symbiotic theory, which is composed of two or three symbiotic organisms. These organisms replicate independently and re-form to create one individual organism. Sort of like Voltron, defender of the universe. 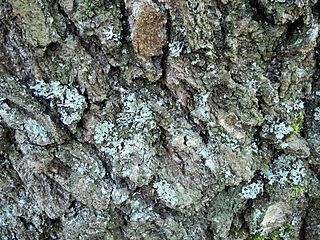 Most multicellular life—perhaps due to the fact that it derives from eukaryotic cells—are obligate aerobes, meaning they require oxygen for survival. Recently, scientists discovered a new species that lives in the bottom of the ocean and survives off of hydrogen sulfide and methane. While this may not seem cool at first glance, the fact that animals living in absence of oxygen exist provides evidence that life could exist on many more planets. E.T. is out there.