Special Topics in Evolution - The Origin of Life

The Origin of Life

All living creatures are composed of organic matter ("organic" in the sense that it is made of carbon, not the "organic" that is 35% more expensive at the grocery store), and the origins of life on Earth is really a question of where did organic molecules come from? The prevailing theory is that all life on Earth originated from a universal common ancestor (LUCA). Be sure not to confuse LUCA with Luka, your neighbor on the second floor with some problems. There are several theories of how LUCA came to exist, which can be split up based upon the origins of organic molecules:

Before we go into those theories, we should discuss the fossil record. Scientists can look at fossils or elements in rock to determine the history of life on Earth. It's like rummaging through the Earth's trash to see who it was dating before you. The process of carbon dating is used to determine how old a fossil is. Just remember, if you're dating carbon, you have to be at least 18.

Formation of Carbon-14 and Decay of C-14

However, when the plant or animal dies, the carbon-14 decays over time into carbon-12. Where did carbon-13 go? We'll never tell…but it rhymes with "CIA kidnapping plot." We can measure how old something is based upon the amount of carbon-14 in its body (or fossil). One of Shmoop's favorite "Yo Mamma" jokes is:

Admittedly, it only insults a handful of scientists, but boy do they feel zinged. And they deserve it.

While carbon dating is a useful tool to roughly determine how old a fossil is, it is only useful to determine the age of something up to 60,000 years ago. Also, there is a lot of error in the dating process due to differences in exposure to radioactive carbon over time. It is difficult to ID how old something is, as something that was 50,000 years old could be anywhere from 48,000-52,000 years old. This is why fossils always get away with illegally buying lottery tickets.

The theory that life originated from an extraterrestrial source is called panspermia. It's a theory supported by many scientists, not all of which wear tin foil hats. It's a very convenient theory to argue that life on earth originated from a meteorite, comet, or other space rock landing and bringing life to Earth. While that explains the origins of the Transformers, it's not really enough to explain the origins of life.

It is unlikely that an organism as complex as a prokaryote could survive in space and entry into the Earth's atmosphere. However, there is some evidence arguing that organic matter on Earth could have originated from an extraterrestrial source, including:

These explanations hint at an extraterrestrial source of life, and imply that life may have originated from one source somewhere in the universe. We like to call that the Michael Bay theory of life.

In 1924, Soviet scientist Alexander Oparin proposed the "primordial soup" model for the origins of life on Earth. No, primordial soup is not the disgusting moldy chili in the Shmoop office refrigerator. Frank just forgets to throw his stuff away. While Louis Pasteur confirmed (see Brain Snack at end of section) that life does not arise from nothing (abiogenesis), there might have been one origination of life from nothing. Oparin argued that atmospheric oxygen (O2) blocks chemical reactions that form organic compounds necessary for life, which is why we don't have any more abiogenesis. Oparin's primeval soup recipe was:

While Oparin had a good theory, he never proved it experimentally. He would just scream it at people waiting for the bus. In 1952, Stanley Miller and Harold Urey stepped in to design an experiment to support the soup theory. They hypothesized that electrical energy could catalyze the gases in the atmosphere of the early Earth to create the biomolecules that we know and love. 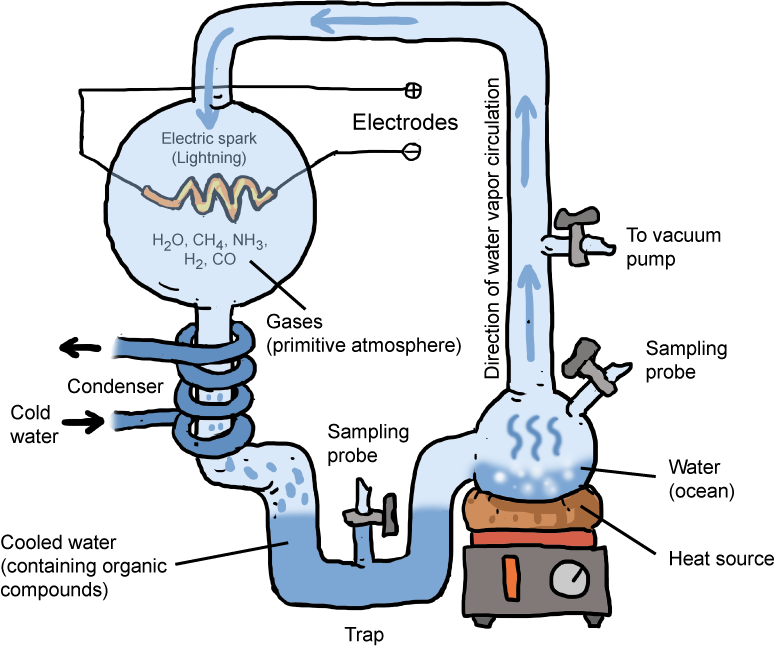 They designed a series of tubes and flasks containing water, hydrogen, methane, and ammonia gas, which were likely to be present on early Earth. In their experiment, the water and gases passed through an electrical charge. The energy from the charge caused various amino acids and some nucleic acids to form. It also drove their electric bill through the roof.

This experiment was groundbreaking because it proved for the first time a mechanism by which life on Earth could originate from just chemicals. We started to know where life came from, and finally storks could go back to being a pointless bird. While we are still uncertain what the early composition of gases was in Earth's atmosphere at the time, different mixtures of gases could theoretically lead to production of all forms of life as we now know it. Although they seem similar, the method for making early biomolecules in the Miller-Urey experiment had nothing to do with the invention of microwaveable Cup O' Noodles, which is soup—just not the primordial kind.

You're probably thinking: "What's the big deal? I can make biomolecules all the time. How did we get LIFE?" That is a sassy but fair point. There are several theories on how early life originated, all of which involved the creation of self-replicating proto-cells. 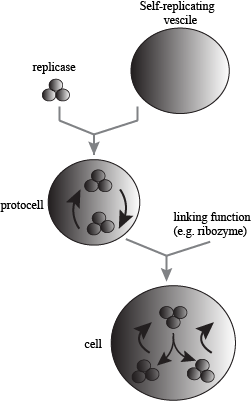 What's in a self-replicating proto-cell? Basically, it is nucleic acids capable of self-replicating surrounded by a lipid membrane that grows and divides. If you're a student of cell biology, you're probably getting wedgied as you read this, but you'll also remember that proteins are necessary for replicating DNA. A proto-cell most likely didn't have any proteins to do this, so it needed a nucleic acid genome that could replicate itself. How is this possible? Gnomes. Just kidding—or are we?

One possibility came from the discovery of ribozymes, RNA polymers that are like enzymes and can catalyze chemical reactions. Many people have proposed that RNA molecules encoding a sequence of nucleic acids that can catalyze their own replication could be the source of proto-cell genomes. This is called the RNA World hypothesis. Coincidentally, RNA World is the worst amusement park in America. 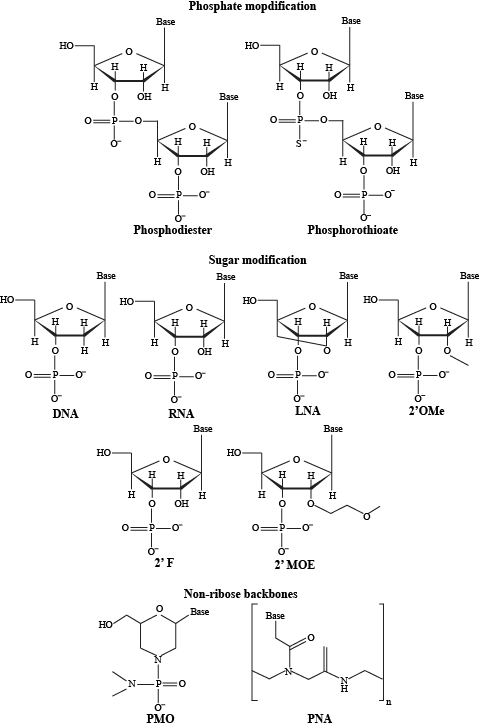 For years, nobody could find a self-replicating RNA enzyme, so it was proposed that there was a nucleic acid precursor that gave rise to RNA and DNA. Precursor molecules likely had a different backbone than ribose to form polymers. These include:

These alternative backbones to ribose and deoxyribose could potentially be more catalytically active than RNA, suggesting a PNA, TNA, or GNA self-replicating genome may have composed the proto-cell genome. However, none of these compounds are known to exist naturally. Fortunately, Gerald Joyce's group showed recently that an RNA enzyme can self-replicate. This provides further evidence for an RNA World hypothesis, and also made years of research on PNA, TNA, and GNA essentially pointless. Thanks a bunch, Gerald.

You're probably thinking: "Clay? You mean the stuff I make pots out of?" Well, not really the same clay, but a specific type of clay called montmorillonite (let's just call it Mr. M. Clay for short). This clay has been shown to help lipid molecules form vesicles, and promote nucleotide addition into RNA polymers. Basically, it can catalyze two essential functions for the formation of proto-cells, so the name of this theory is Clay Catalysis. Clay's got all the answers (yay, Mr. M. Clay).

While the prevailing theory of the origin of life on Earth is the RNA World hypothesis, there are many other theories. Our favorite theory is that all of this is a dream, and this sentence is a clue to remind you to wake up. It's probably likely that many factors are involved in leading to the formation of life on Earth. The reason for this is that there are many contradictions for the origins of biomolecules. These include:

Louis Pasteur disproved the theory of abiogenesis, the notion that all life originated from nothing. People believed this theory because they would leave meat out, and days later see maggots crawling out of it. They thought that meat spontaneously generated flies when left out. What a bunch of dummies.

What Pasteur did was boil a meat broth and leave it out for several days, and observe no growth. He then tilted the flask and showed that the culture would grow shortly thereafter. This proved that life did not come from nothing, but in fact grew from exposure to particles in the air. This experiment proved the existence of "germs," and is why Louis Pasteur is the father of the field of microbiology.