The Frogs Tell All

One of the pillars of speciation, reproductive isolation starts it all. Speciation is not possible without some form of isolating barrier that disrupts gene flow. This isn't always a geographic barrier, although it certainly can be. An isolating barrier can be anything that prevents some individuals in a population from reproducing with other individuals. Reproductive isolation has been the topic of a bazillion studies on speciation, and it comes in two main flavors: prezygotic and postzygotic.

Prezygotic isolation occurs when an isolating barrier prevents fertilization. This means that individuals might mate, but for some reason their gametes never form an embryo. In a lot of cases it means that individuals never even get to the mating part, and there can be lots of reasons for this. Maybe they don't live in the same microhabitat. Maybe they have different preferences in courtship dances. Maybe they think the other one smells funny. Many things can cause prezygotic isolation. We'll break it down into smaller categories to make sure we cover it all:

Ecological Isolation: Even if individuals live in the same place, they might use the space differently and so they rarely come into contact with each other. This might be the difference between birds that nest on the ground versus high in the trees, or beetles that spend their days eating different fruits. It's amazing that even small differences in microhabitat use can lead to major isolation. 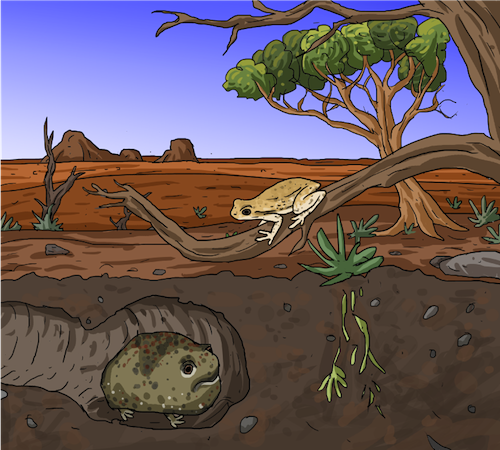 One such example can be found in different types of frogs. Notaden bennettii lives underground and only emerges after heavy rains, and is really funny looking. Litoria rubella lives in trees and does not burrow underground. Even though these two species both inhabit Australian deserts, their chances of meeting are slim because of their different ecological requirements

Temporal Isolation: Fertilization is prevented if plants flower during slightly different times or if animals mate during different seasons or times of day, even if those individuals are technically capable of producing offspring. They might be in the same gene pool, but they're in different dating pools. 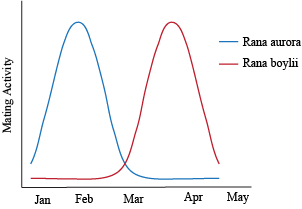 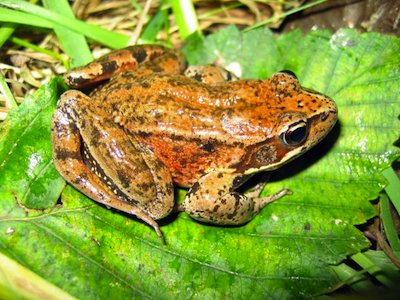 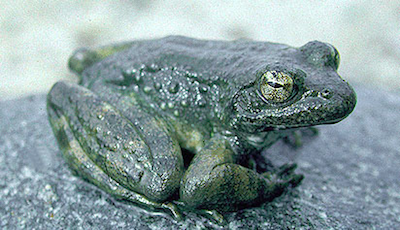 Behavioral (or Sexual) Isolation: For some reason, individuals just don't see the other individuals as mates. This can be because of slight differences in courtship behaviors, songs, dances, pick-up lines, or other mating cues. 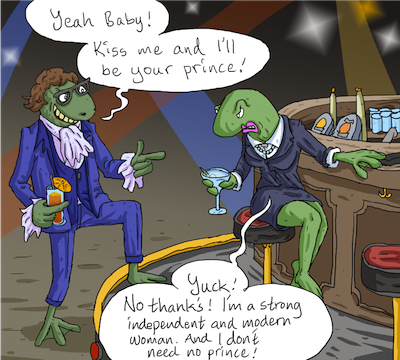 Pollinator Isolation: This is limited to plants that rely on pollinators to do their business. Pollinators have a lot of control in determining which flowers pollinate other flowers, and if the pollinator decides only to visit a subset of flowers then isolation starts to occur. We don't have a frog example. To our knowledge, frogs don't pollinate plants. Although we're sure there's an exception to this. This is speciation, after all.

Gametic Isolation: This is the only form of prezygotic isolation in which mating actually occurs. However, it's an unsuccessful attempt because the gametes (egg and sperm) of the mating individuals are incompatible or not attracted to each other and so they never form a zygote. 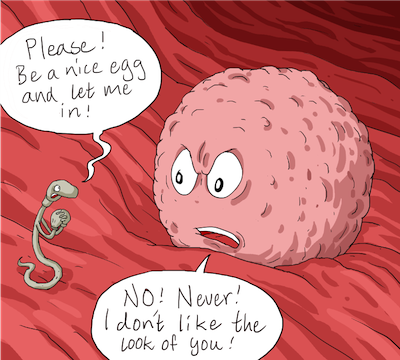 Mechanical Isolation: It can happen that some individuals are just not physically capable of doing the deed with other individuals. Even though Great Danes and toy poodles are the same species, it's hard to imagine them successfully mating, at least without veterinary assistance. 'Nuff said? 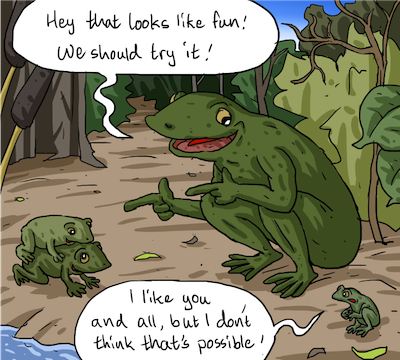 Postzygotic isolation occurs if individuals successfully mate and a zygote is formed, but the resulting offspring is unsuccessful. This could be due to:

Hybrid inviability: The hybrid offspring is either weaker than the parent species, or totally inviable (meaning it cannot stay alive). This could be caused by minor or major genetic defects, and even slightly reduced viability can cause big decreases in reproduction.

Hybrid Sterility: Even if the hybrid offspring is otherwise perfectly healthy, either one or both sexes is sterile. This means it doesn't have functional gametes. We have hybrid sterility to blame for one of the biggest bummers in biology: ligers. Unfortunately, a liger cannot mate with another liger to make a baby liger, because ligers are sterile hybrids between tigers and lions. We'll just have to face our disappointment head on with this one. 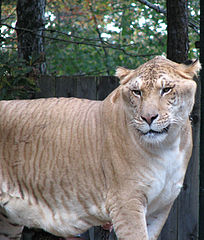 Liger. Too cool. Image from here.

Hybrid Breakdown: This is similar to hybrid inviability or sterility, but skipping a generation. We get successful mating with viable, fertile offspring, but when the offspring try to have offspring, things go wrong. The second generation can be either inviable, infertile, or show reduced fitness. Either way it's just not working out. 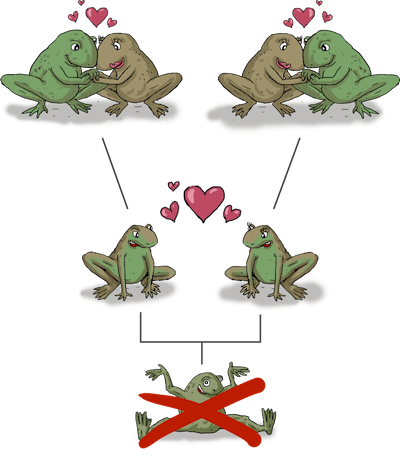 Now that we've mentioned it, geography is a big deal in speciation. Most speciation studies have considered geography at length, and incorporated a lot of geographical terms into the science. In order to be speciation-savvy, you have to know your geography. Read on, we promise it will be easier than memorizing state capitols.