Everyone has a favorite musical genre: hip-hop, rock, avant-garde, rap, classical, easy listening, The Wiggles. But take a second and try to define what defines a tune as a rock song and not a pop song. Not so easy, right?

An iPod organizes songs into genres, or groups of music with a similar style. Organization makes it even easier to listen to your easy listening music. It allows us to find a song or artist quickly or to play the kind of music that matches our mood.

Humans are always trying to add order to the chaos of the world. In the same way that we categorize songs into genres, scientists called taxonomists categorize organisms, both living and extinct, into taxa (singular: taxon), which is just a fancy term for groups. The taxonomists use their general knowledge of life forms to group together organisms that share similar structures, functions, behaviors, and histories. 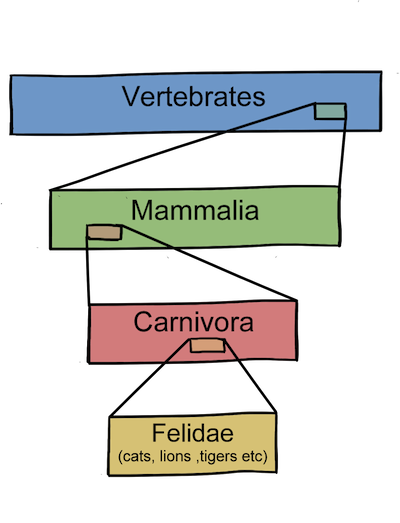 Organisms are classified in a hierarchy, or tree. At the top are the broadest, largest categories. Think of an upside-down pyramid. Organisms that are grouped together in the top level share very basic characteristics with one another. For example, amoebas and blue whales are both made up of cells that contain a nucleus so they're classified together at the top of the hierarchy. Their similarities basically end there.

At the bottom of the hierarchy are the most specific, smallest categories. Organisms grouped together in these categories have a lot in common.

Taxonomic classification doesn't just add a little order to life. It also helps us learn about new organisms by comparing them to similar ones. Imagine we see a black and white striped creature with four legs and hooves on the African savannah. We can be reasonably sure that it is similar in its eating habits to other animals, like horses and cows, with which it is similar in appearance. We can be almost certain that this creature is herbivorous (eats plants) and not a predatory carnivore (that eats meat), which is the difference between pulling out your camera to snap a picture and running for your life. Sometime looks can be deceiving. 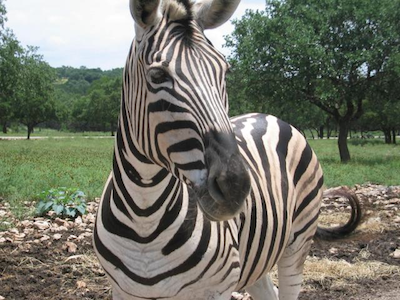 The Phylogeny of Life
A colorful look at the three domains of life.

Linneaus Website
If only this guy kept a blog.

Bacteria: The Good, the Bad, and the Really Ugly.
For a thorough discussion of bacteria, go here.

Archaea: Older Than Yo Momma
For more on Archaea, go here.

Yellowstone and the Thermophile Goldmine
For more about thermophiles at Yellowstone, go here.

Tree of Life Project
No, you won't find Pocahontas here. But you'll find some other useful information.

The Life of Carl Linnaeus
So cool, he made his name Latin.

History of Taxonomy
Read all about it. The Kingdoms unite.

Next
More on Taxonomy Navigation