Getting Cozy with Atoms, Molecules, and Ions

Have you ever wondered how the field of science came about? Have you ever sat in front of a cozy fire, your toes kept warm in your favorite furry slippers, sipping hot cocoa, and let your mind wander to a time thousands of years ago when the first theories of science were born? What about a hundred years ago? How did they figure anything out without the Internet? 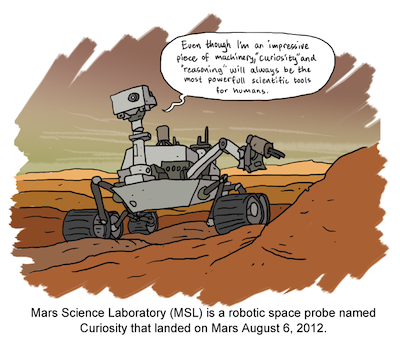 Thousands of years ago, science as we know it today did not exist. There were few tools for scientific exploration and no one knew what a controlled experiment was. In this old timey scientific setting, the power of the mind and intellectual thought was the primary source for learning and developing scientific theory. People would sit around daydreaming and tinkering with things to figure out how they worked. Reasoning was all they had. Makes you grateful for your iPad, doesn't it?

Curiosity about science and how things work sparked the interest of early thinkers. These cool cats were considered philosophers. They literally sat around all day and pondered about the nature of matter, often formulating explanations about science based on their own life experiences.

This chapter will explore some of the original scientific ideas about atoms, molecules, and ions that were developed thousands of years ago. Of course, we know more than they did back then thanks to our fancy equipment and technology, but you'll be surprised how much they got right.

Build an Atom
This interactive website allows you to build an atom out of protons, neutrons, and electrons and see how the element, charge, and mass change depending on the subatomic particles you use.

Atoms and Elements
This is a basic, simple, straight-to-the-point website explaining the basics of atoms and elements.

What is an Atom?
This website from the Environmental Protection Agency explains the basics and technicalities of atoms.

Atomic Structure
The BBC has put together a nice review of atomic structure on this website. Check it out!

Atoms for Peace Prize
This website is all about the Atoms of Peace Award, which was established in 1955. The award is given to individuals or agencies who promote the development or application of peaceful nuclear technology.

Amazing Atoms
This is the first in a series of videos from NOVA that explains everything about atoms, molecules, protons, electrons, and neutrons.

Atoms According to Bill Nye
Who doesn't love Bill Nye? In this short video, Bill Nye explains all things atoms in a simple and fun way.

A Look Inside the Atom
In this 7 minute video, you'll get a great summary and review of all things related to the atom.

Electrons, Protons, and Neutrons
This is another 7 minute video that goes into the physics behind the subatomic particles.

The Earliest Models
This video gives a historical aspect of the atomic structure.

Next
More on Atoms, Molecules, and Ions Navigation