The Chemical Formula to Success

As we mentioned earlier, chemistry is a lot like a foreign language. One particular notation that is especially important to know is how chemists use chemical formulas to express the composition of molecules and compounds in terms of chemical symbols. In other words, a chemical formula is a notation describing what elements are present and in what ratios.

Want to hear some great news? There are only two types of formulas we need to be concerned with: molecular formulas and empirical formulas. The sooner we get started, the sooner we'll be done so let's do this.

This seems like a really great time to bring up a very useful tool to help in the study of chemistry: molecular models. We're sure you've seen them around your classroom. Nope, they aren't LEGOs (although they could be). They usually contain plastic balls and sticks to represent atoms and bonds. Molecules are too small for us to observe directly so an effective way for us to visualize molecules is to build them on a larger scale with a model kit. 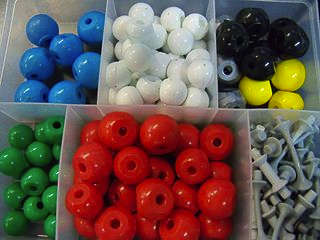 The standard molecular model kits are ball-and-stick type models. These model kits consist of colorful plastic or wooden balls with holes in them to represent atoms like the picture above. The plastic sticks are used to represent the chemical bonds between atoms. Each atom is represented by a different color. It's also nice to have craft time in chemistry class.

What is the molecular formula of hydrogen peroxide? Here's a hint: It starts with H2and ends in O2. Put that together and what do you get? H2O2. This formula indicates that each hydrogen peroxide molecule consists of two hydrogen atoms and two oxygen atoms in a 2:2 ratio.

Empirical formulas are the simplest chemical formulas. They are written by reducing the subscripts in the molecular formulas to the smallest possible whole numbers. Better practice your common denominator skillz.

Check this website out for an endless supply of science cartoons.