Ever wonder why some reactions fizzle, some sizzle, and some explode? Chemists do. Chemists tend to enjoy burning things and blowing things up more than the average person. They also study kinetics to figure out what reactions are the really good, really explosive ones. Well, we hope it's only the chemists, anyway. 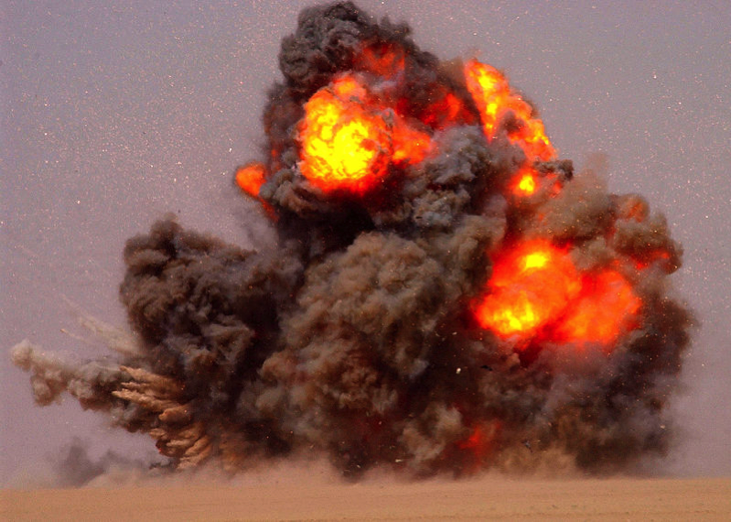 Reaction kinetics, also called chemical kinetics or simply kinetics for short, is the study of reaction rates, or how fast a reaction progresses. Under a given set of conditions, a reaction's rate is predictable and can be calculated or measured experimentally. Change one of the conditions, such as temperature or pressure, and the reaction rate might change, too.

Reaction kinetics is somewhat like the track events at the Olympics. Some reactions are sprinters. They're fast. We're talking Usain Bolt fast. Blink and you miss it. Others are marathon runners. They're not quite as fast, but they still get to the finish line. And there are even those like the spectators: they just sit there for hours and do next to nothing, except probably eat a lot of hotdogs and peanuts.

Have you ever wondered why some reactions have 100% yields, while others only might yield 25%? Some might point to our chemistry skills, but who are they kidding? All Shmoopy scientists have bomb chemistry skills. Chances are, it's probably the reaction itself. Did the reaction have one of these weird-looking two-directional arrows? 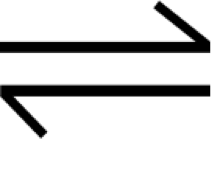 Lousy two-directional arrows. Aren't reactions supposed to only go one way? Well, turns out that some reactions can go from left to right and right to left. It's hard to get to 100% yield if the reaction is going the wrong way.

Consider the simple reaction below.

In this reaction, A is forming B, but B is also forming A at the same time. It's sort of a chemical tug-of-war. Depending on the "strength" of the products and reactants, some games of tug-of-war are fairer than others. We recommend playing against someone half your size as a way to boost your self-confidence.

If A is forming B and B is forming A, how do we know how much of each is formed at the end of the reaction? And how will we even know when the reaction is complete? Most importantly, will we have time to finish our burrito, or do we need to stick it in the fridge for later?

A tug-of-war between two equally matched foes generally results in a stalemate; the flag in the middle of the rope may move one way for a while, then another way for a while, but on average? It doesn't really move a whole lot. That's called equilibrium. The forces pulling on the rope were equal, so even though both forces were pulling on it in both directions, the result was that the flag did not move, on average, in either direction. 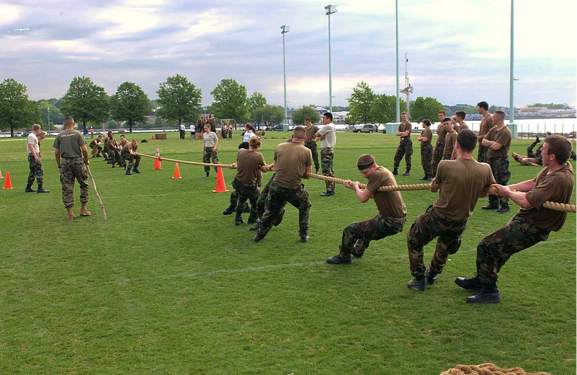 Pull harder, maggots! What are you, a reaction in equilibrium?
(Source)

Chemistry, like tug-of-war, can be a struggle between opposing forces. Many reactions go to completion. However, many reactions do not proceed completely, and a mixture of starting materials and products are a result. That's what kinetics is all about.

Do you have a graphic calculator?
This quick and simple website helps you solve integrated rate law problems using your fancy calculator friend.

Next
More on Kinetics Navigation