Hail to the Halogens

Five elements are located in the fifth row of the p-block: fluorine (F), chlorine (Cl), bromine (Br), iodine (I), and astatine (At). When their powers combine they summon the Earth's greatest champion…Captain Halogen! Unfortunately, this is not the case, but the elements are dubbed the halogen group.

As you may have noticed, the halogens are located in the second to last column of the periodic table, 17 rows from the left. By international decree, this means that the halogens are in group 17. Some textbooks and teachers might also refer to this column as group 7. So what gives? Which numerical designation is correct? We know you're dying to know.

Know (and understand) your group labels.

The truth is the halogens are in group 17 and group 7. It just depends who you're talking to or what you're reading. Most modern periodic tables have both numbers at the top of each column to avoid confusion. We can't forget to mention the A and B label that follows the numbers. (They're more important than they seem.) The label "A" means the element is in the s- or p-block, while the label "B" means the element is located in the d-block. There also happen to be three 8Bs. Don't stress. It's just something that was decided. Go with it.

The group 17 elements are non-metals and diatomic. This means when they're in their pure elemental form they're all buddy-buddy and have the formula X2, where X is the element. These elements are super reactive though, so the halogens are never found in their pure forms in nature. Instead they're almost always in complexes with a formal charge of -1.

Minus one… minus one… Can we think of a good reason why the halogens love existing in a -1 state? The halogens have valence electron configurations of ns2np5 where n is the period that they call home. That means they only need to gain a single electron (with a minus one charge) in order to achieve the super stable noble gas configuration. In that sense, the halogens are like every other element on the periodic table. They want stability.

Which elements love to lose one electron? It begins with alkali and ends with metal. The alkali metals and the halogens are a reactivity match made in heaven. What is one element's trash is another element's treasure. As a consequence, the alkali earths and halogens react readily to form MX salt complexes. (FYI: the term halogen means "salt former.")


Fluorine (F) is the most reactive halogen element.

The halogen elements are all extremely electronegative because of their strong desire to acquire an extra electron. In fact, fluorine is the most electronegative element on the periodic table. Can you guess what the halogens and a Britney Spears' song have in common? They're toxic.

Fluorine (F, Z = 9) was first isolated in 1886 by the French chemist Henri Moissan.15 It is the most abundant halogen found in the Earth's crust.11 At room temperature it's a pale yellow gas, and as we've already mentioned is extremely toxic. It's also one of the most widely used halogens. For example, complexes of fluorine are used in the manufacture of Teflon (which is used for everything from lining pots and pans to car parts) and freons (which are used as coolants in refrigerators). 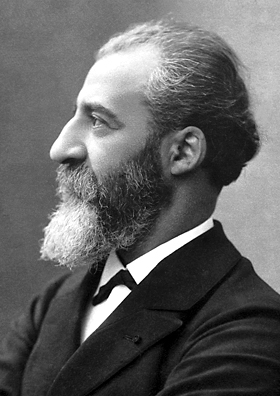 Chlorine (Cl, Z = 17) is even more toxic than fluorine. In fact it's one of the main components of bleach, disinfectants, and germicides. It's hard to believe this pale yellow-green gas is also biologically essential and makes food tastes extra yummy (table salt, anyone?). Isn't it crazy that some forms of chlorine are deadly, while others are safe to consume?

Check out this catchy halogen song to help you remember some essential facts about group 7. Or you can watch this more serious video here.