The liquid phase is the middle child of the phase family, wedged in between the solid and gas phase. At the microscopic level, liquids exhibit some order, but that order is short-range and does not last long. At the macroscopic level, liquids have a fixed volume (the amount of space an object occupies in three dimensions) but not a fixed shape. Liquids will take the form of whatever container you put them in, including balloon form, which is our personal favorite. There are three macroscopic properties that we typically use to describe the properties of liquids: surface tension, viscosity, and capillary action.

A liquid is a mass of molecules held close together by intermolecular force glue. Cohesive forces are the attractive IMFs that cause molecules in liquids to stick together. In the middle of the liquid, the molecules can be pulled from all directions, but what happens at the surface of the mass where there are no molecules to pull from above?

A fluidincludes both liquids and gases and is defined as a substance that is able to flow and change its shape easily. Viscosity is the measure of a fluid's resistance to flow or move, essentially fluid friction. Factors that affect the level of viscosity include temperature, molecular shape, and the always-important IMFs. Liquids with strong IMFs are more viscous than liquids with weak IMFs.

As you increase the temperature of a liquid you increase the overall kinetic energy. This increase in energy breaks some of the IMFs and decreases the viscosity of the liquid. Ever noticed how cooking oil becomes more "runny" as it's heated it up? If you have, you've witnessed a change in viscosity first hand.

How does molecular shape affect viscosity? As a molecule becomes more complex and increases in size or length, the more contact the particles will have as they move past each other. This increase in the number of contacts makes molecules "stick" to each other (the viscosity has increased). Picture a child (or a panda) going down a slide. If the slide is smooth the child glides down quickly with ease. Now add a bumpy surface to the slide. The child interacts with the surface more and slides more slowly. Molecules behave the same way on a smaller scale. 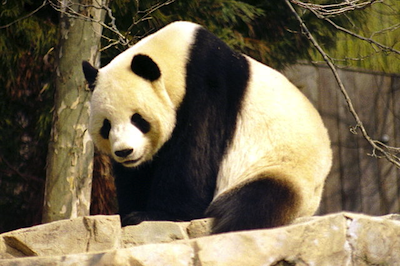 The attractive intramolecular forces between unlike molecules are called adhesive forces. These forces play an important role in the capillary action of liquids, which is the rising of a liquid through a narrow tube. When this spontaneous rising occurs it means the adhesive forces between the molecules in the liquid and the glass of the capillary tube are larger than the cohesive forces contained in the liquid alone. As the diameter of the tube decreases the surface area of the glass that interacts with the liquid increases, so the narrower the tube, the higher the liquid can climb. 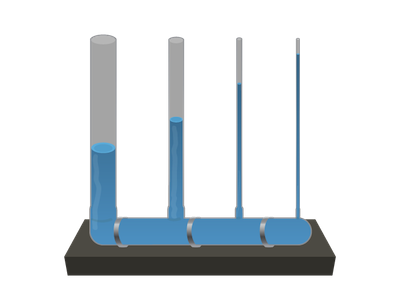 We typically think of Nitrogen as a gas, but it's way cool (and fun) in its liquid form, too.