The Proles in 1984 Character Analysis

OK, so the proles are really a group of people, but they function with the importance of a single character. In fact, they all around seem like one, collective character because they’re not singled out as individuals. That’s the point of the proles – they’re just a nameless, mindless mass. 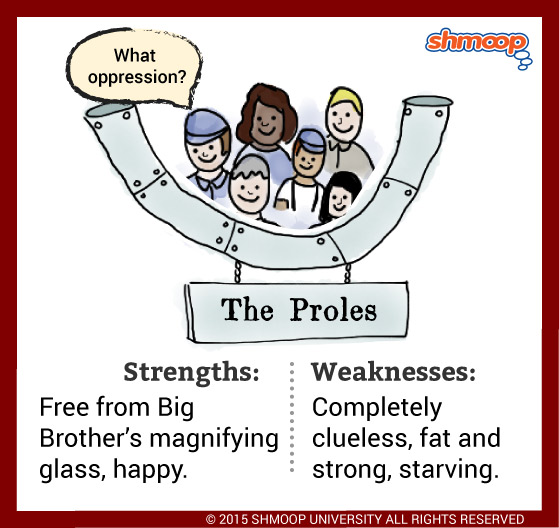 So now it seems odd, doesn’t it, that Winston envies them as the only free and human beings left? They’re not smart, they’re ignorant, and they’re basically just workers – but they’re happy. They’re happy and human because they are not subject to the same scrutiny and control that Winston and his peers are.