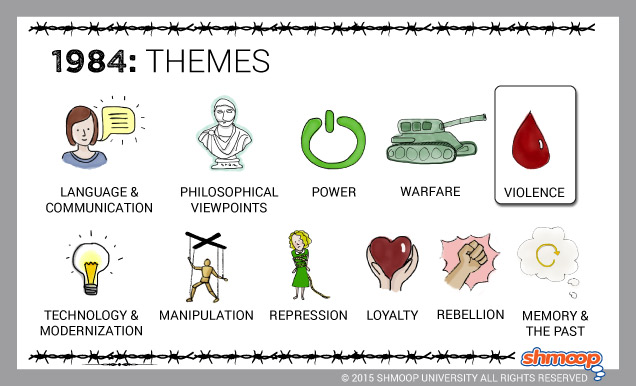 If there's one thing we learn in 1984, it's that torture is a pretty darn effective way to control subversion in a totalitarian state.

If there's one more thing we learn from the story, it's that there are a lot of different ways a person can be tortured. Beyond the traditional physical suffering, we also see examples of mind control, brainwashing, and indoctrination as effective methods of torture. Oh yeah, and rats. Hungry rats.

The branch of government that oversees torture at Oceania is ironically named the Ministry of Love. It is, however, effective. Through torture, the Ministry is able to transform rebellious minds into loving, accepting ones.

Although Winston is subjected to excruciating physical torture for a prolonged time, his spirit is ultimately broken by the psychological torture he suffers.

Julia betrays Winston easily upon being tortured because she is essentially a survivalist; Winston, on the other hand, does not give up until the very end because he is a natural-born rebel.