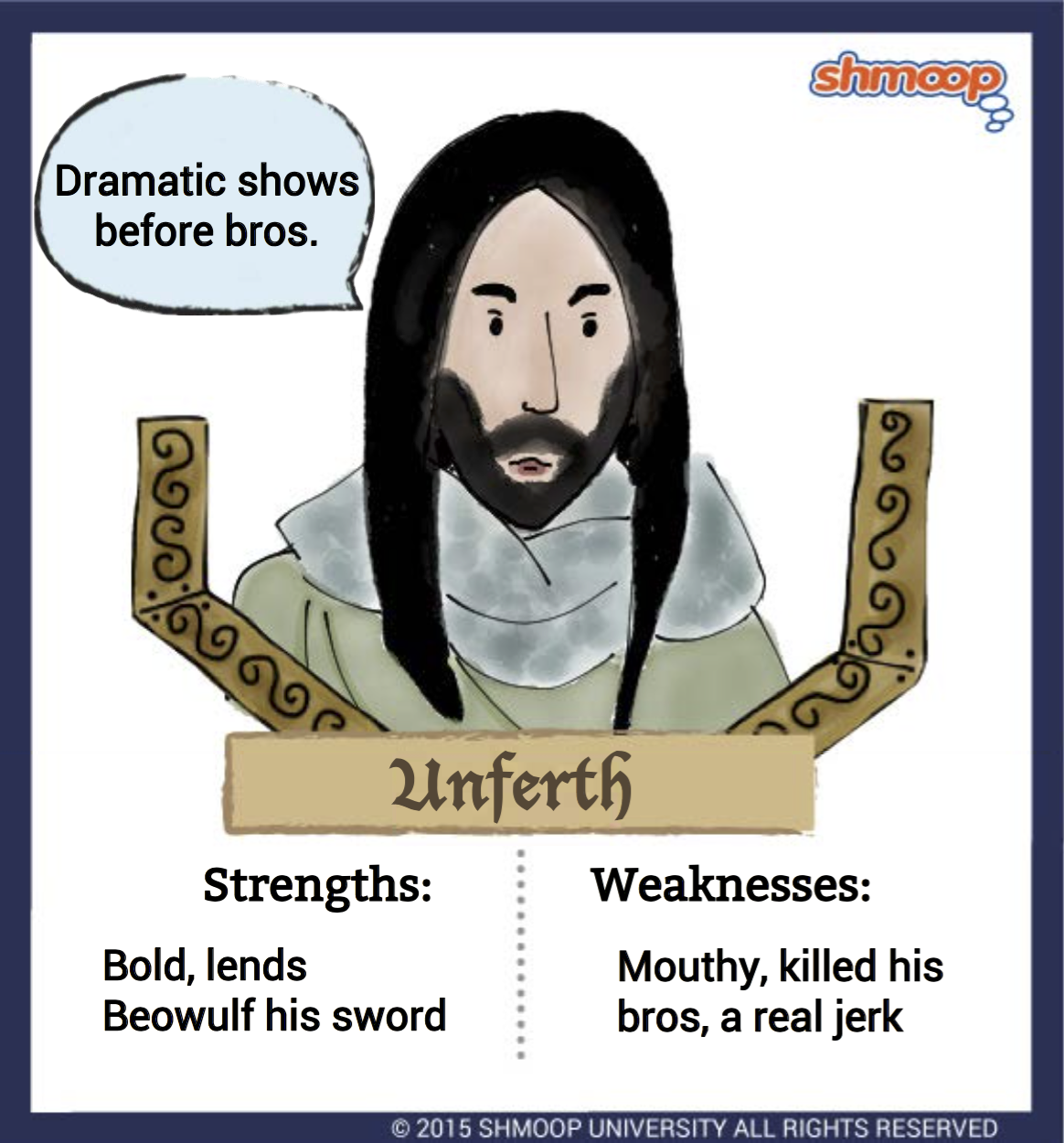 Unferth is, to put it bluntly, mad jealous. He's not as cool as big B (and everyone knows it), so Unferth tries to undermine him unjustly. How unkind.

Unferth, a warrior in the tribe of the Spear-Danes, challenges Beowulf's boasts and claims about himself. When Beowulf shows up ready to fight Grendel, Unferth tells a story he's heard about Beowulf's swimming contest with Breca, suggesting that Beowulf lost that competition. Beowulf corrects the story, but doesn't exactly claim to have beaten Breca, suggesting that Unferth may be right about some of the details. Then Beowulf turns the knife by reminding Unferth that he hasn't been able to defeat Grendel, so he has no place to talk. Beowulf says:

"The fact is, Unferth, if you were truly as keen and courageous as you claim to be Grendel would never have got away with such unchecked atrocity." (590-593)

Of course, it's not exactly true that Unferth doesn't have any claims to fame. He does have one thing he's known for: killing his brothers:

[...] and the forthright Unferth, admired by all for his mind and courage although under a cloud for killing his brothers, reclined near the king. (1164-1167)

That's right—Beowulf reminds Unferth, "You killed your own kith and kin" (587). In a warrior culture based on the bonds of fealty between tribes, clans, and families, fratricide (killing one's brother) is one of the worst possible crimes. Unferth is therefore an example of everything not to be as a medieval tribesman: he's quick to find fault with other people, but he hasn't done anything great himself; he's clever and witty, but he killed his own family members.

In spite of these very negative qualities, the narrator does give Unferth credit where it's due. Unferth is clever and generous, and he also lends Beowulf his famous sword, Hrunting, with which to fight Grendel's mother. Of course, the sword doesn't work on the demon, but Unferth didn't know that would happen.