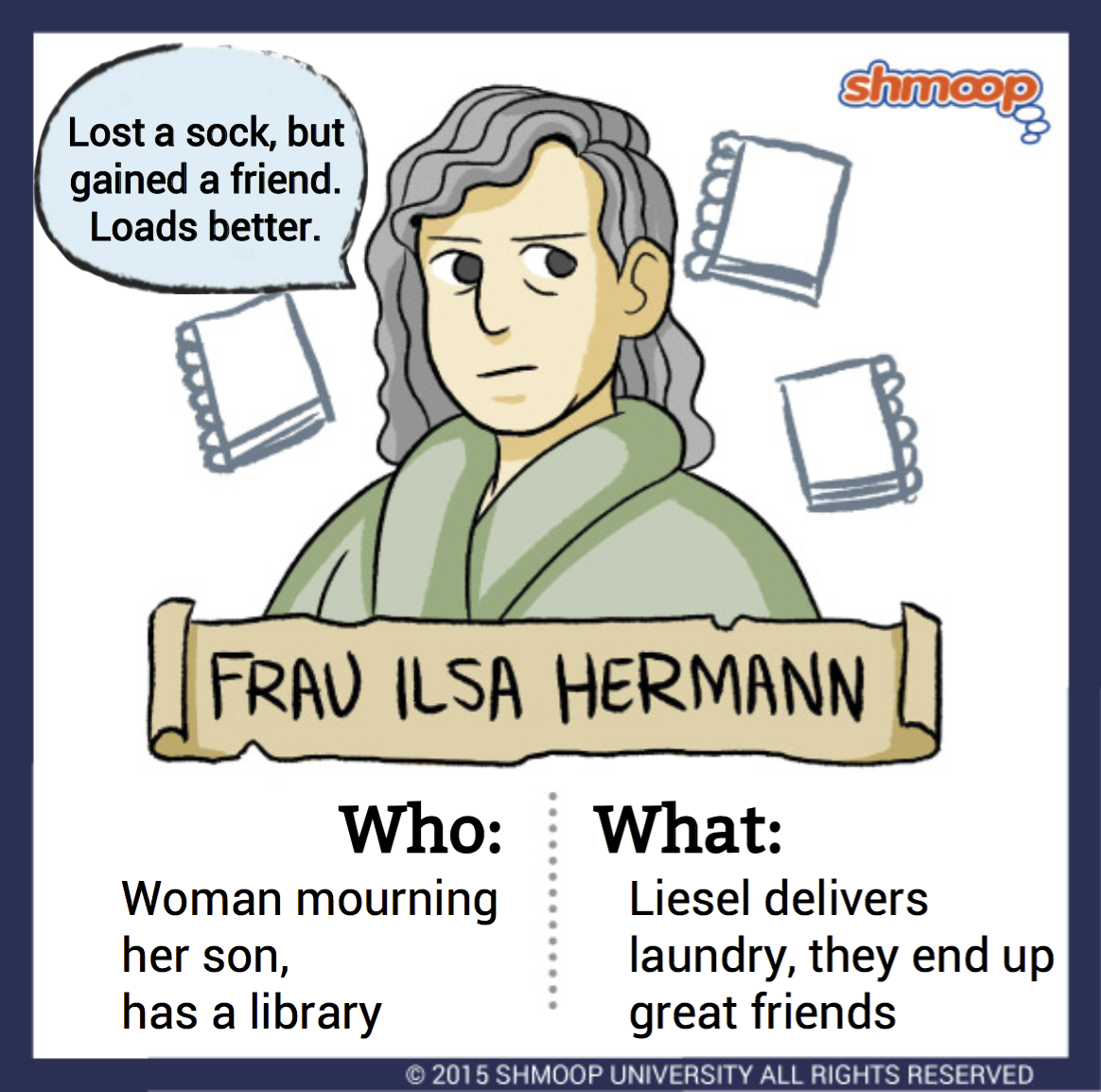 Okay, Ilsa must be the only sympathetic character in the history of characters to wear a dang swastika bathrobe. C'mon, Ilsa. You're better than that. Get yourself a nice terrycloth robe or a set of flannel jammies.

Ilsa Herman becomes a very important figure in Liesel's life. Through much of the novel she remains a mysterious figure (with her fondness for Nazi bathrobes and matching slippers). Later we learn that Ilsa is in mourning for the son she lost some twenty-odd years earlier in an accident involving barbed wire and freezing temperatures.

Ilsa knows Liesel because Liesel helps Rosa deliver laundry to her. When she sees Liesel steal The Shoulder Shrug, Ilsa becomes intrigued by the girl and invites her into her library. When Ilsa has to stop using Rosa's services, Liesel starts climbing through the library window and stealing books. Liesel's provocative behavior helps coax Ilsa from her suffering. The girl gives Ilsa a reason to reach out to another human.

In a way, Ilsa saves Liesel's life by encouraging her to write and giving her the blank notebook to write in. If Liesel hadn't been in the basement writing when Himmel Street was bombed, she probably would have died along with her family and friends. Afterwards, Ilsa saves the day again by taking Liesel in after the terrible bombing leaves the girl traumatized and alone.