Sally Hayes in The Catcher in the Rye 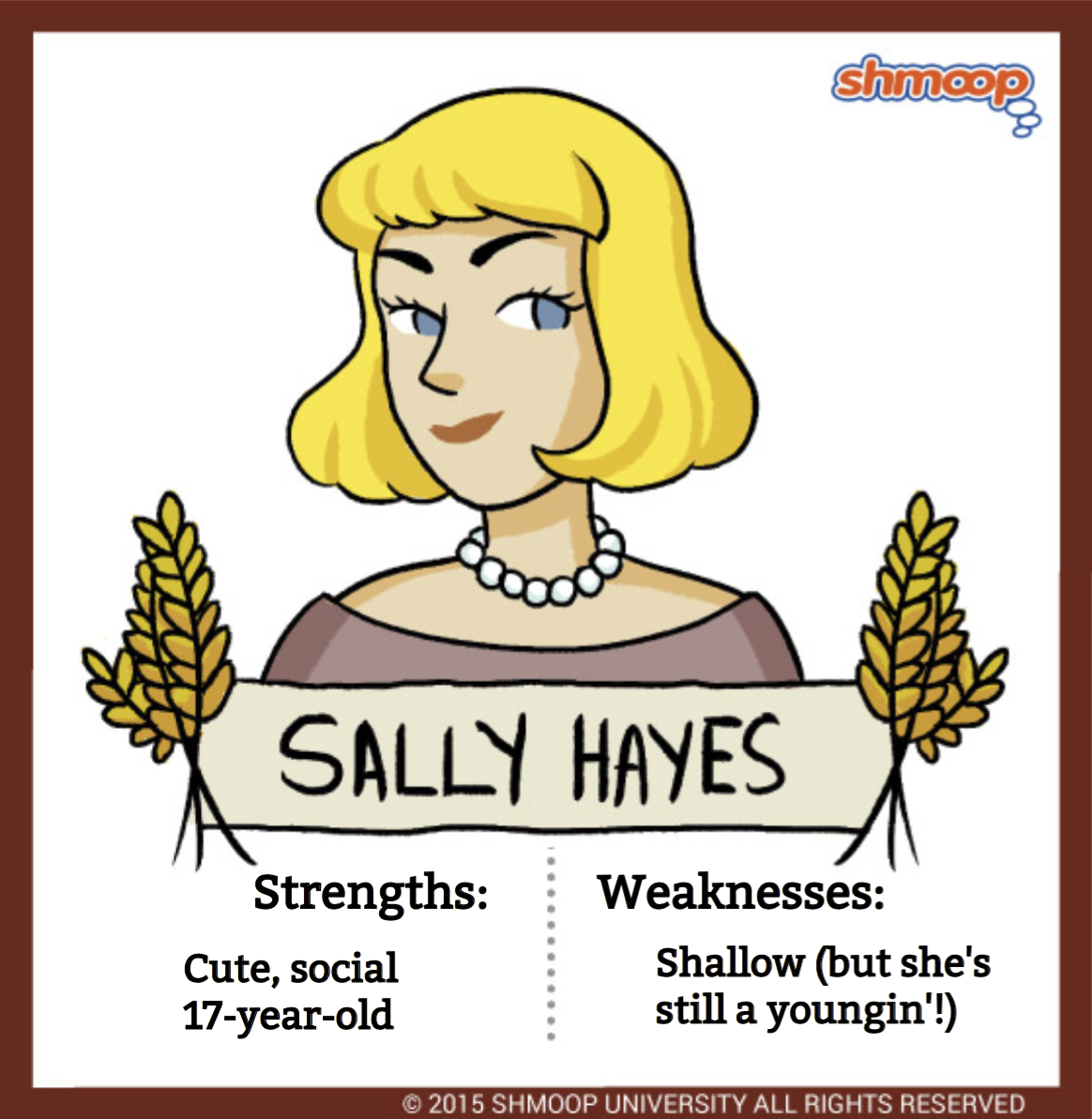 Sally Hayes is a pretty, friendly, loud girl who likes to eat ice cream, see matinees, and show off her cute butt in "one of those little skirts" (17.25). Ugh, that is the worst, right?

So, our response to Sally is really our response to everyone Holden meets and dislikes—from Ackley to Stradlater to Luce to the three women in the Lavender Room. Either we agree with Holden and that everyone is "phony" and moronic, or we realize that everyone—including Holden, including ourselves—is human and flawed.

Going to Look for America

We get our biggest insight into Sally's character when she refuses to run away with Holden. He invents this cute little fantasy of borrowing a car and living in a wood cabin and getting married, and she tells him flat out, "You can't just do something like that" (17.50). And she has really solid reasons: "we're both practically children"; "did you ever stop to think what you'd do if you didn't get a job when your money ran out?"; "We'll have oodles of time to those things … after you go to college" (17.54, 56).

Sally may be conventional and shallow, but, come on, this is common sense. The whole "oodles of time" is a bit annoying, but the part about them being "practically children" and not having any guarantee of finding a job is solid. Maybe she's not being "phony" and shallow so much as she's being practical and reasonable. Can you even imagine Holden picking up an axe to "chop all [their] wood in the wintertime" (17.49)?