Their Eyes Were Watching God Gender 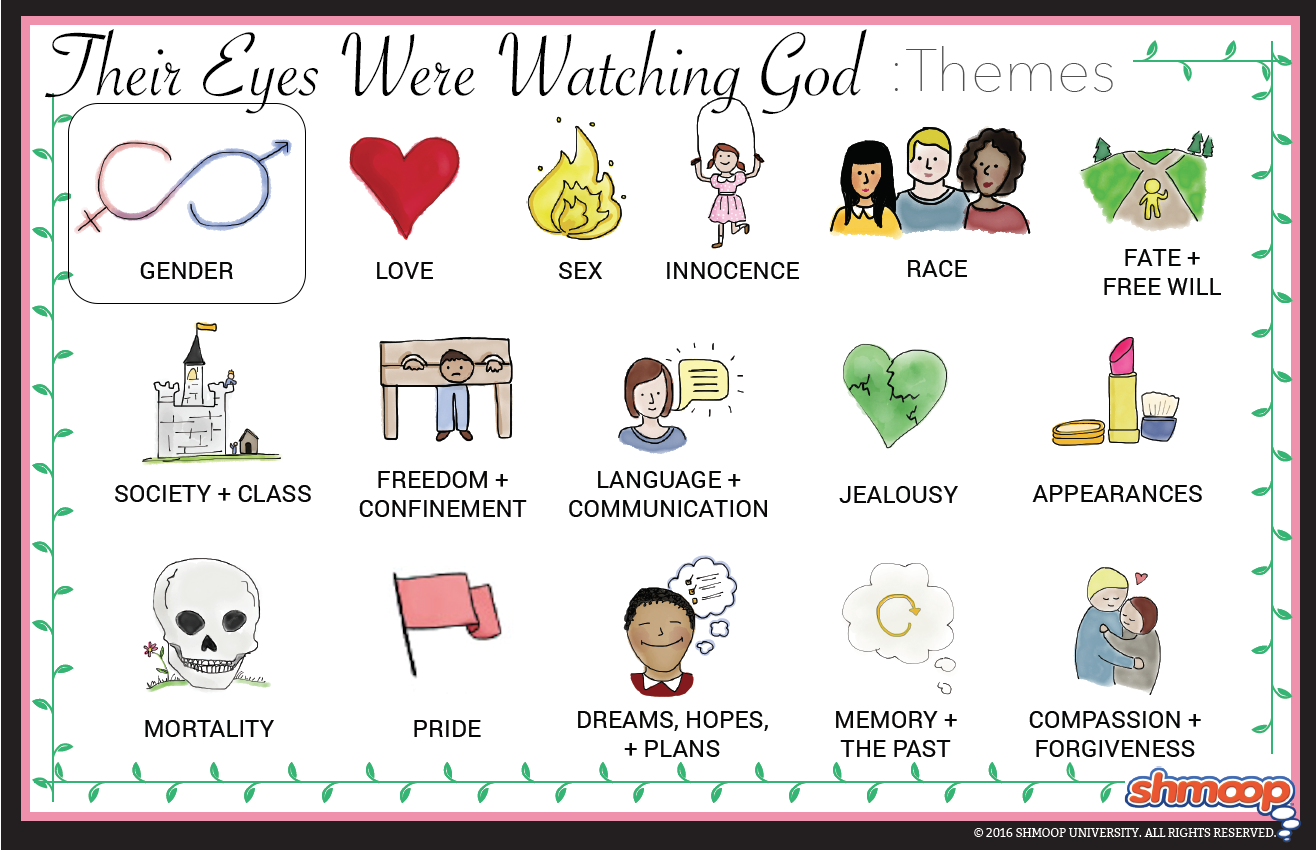 In Their Eyes Were Watching God, men and women occupy very different roles. Women are not only considered the weaker sex, but they're fundamentally defined by their relationship to men. This is why marriage is such a big deal in the world of Hurston's novel: women can only gain power through marriage to powerful or ambitious men.

Because of this, women are confined by men to positions of passivity, pleading, domesticity, and as objects of desire. Men impose these standards on women by silencing their voices, limiting their actions with notions of propriety, and insulting their appearances and sexuality. When women show any traditional male characteristics—ambition, intelligence, and authority—they're stigmatized as too masculine and, thus, unattractive. Men, on the other hand, are expected to always be dominant. Male characters prove to their peers that they are real men by showing their wives who’s "boss."

Despite Nanny's, Logan's, and Joe’s attempts to put Janie "in her place" as a submissive and silent wife, Janie ultimately succeeds in breaking traditional gender roles.

In their love, Janie and Tea Cake each show a positive characteristic typical of the other gender, whereas Logan and Joe never do in their relationships with Janie.