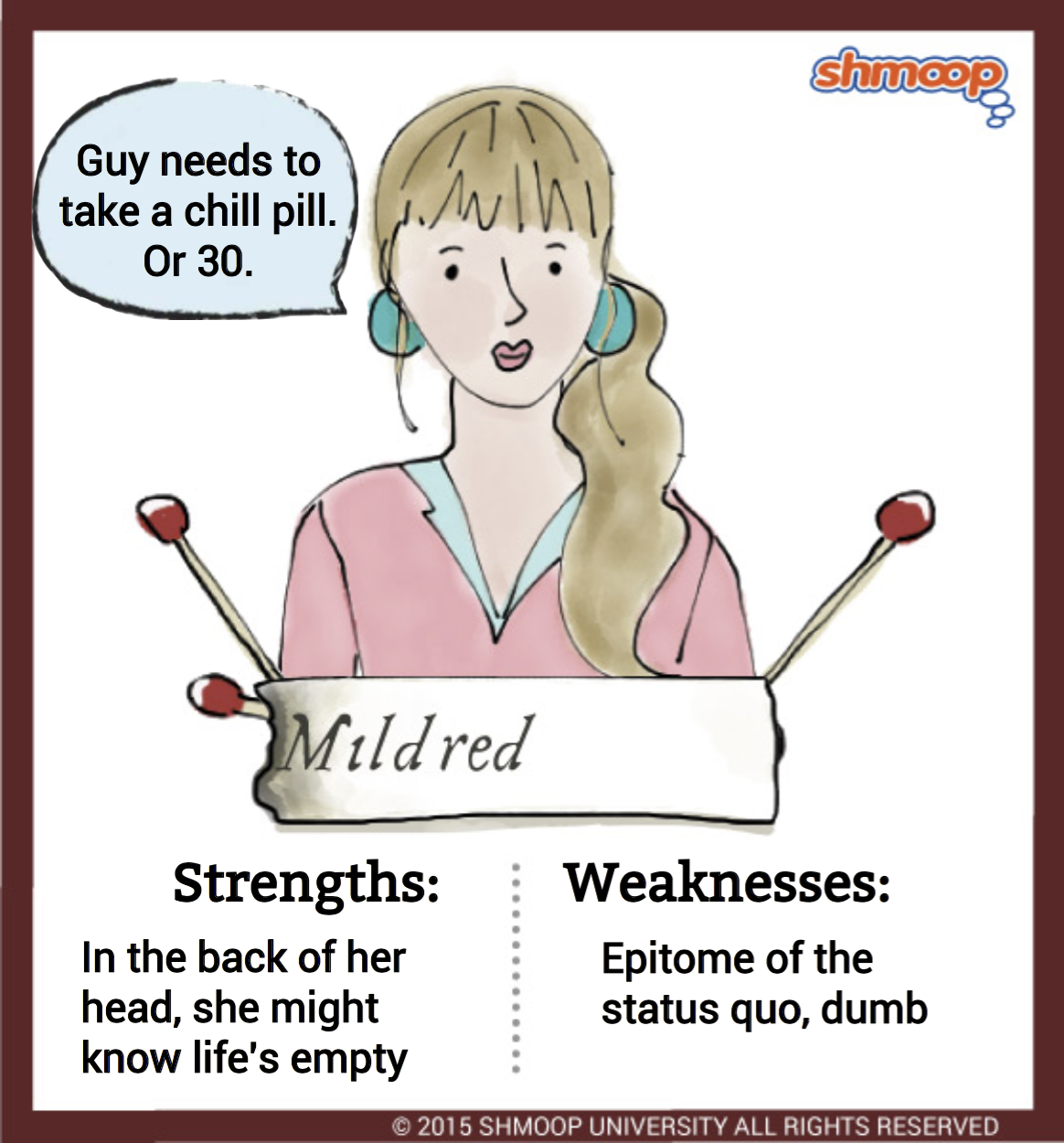 Mildred is around in this novel to remind us what the average Joe (or Jane) is like. In a story of extraordinary people—Montag, Clarisse, Faber, Granger, and even Beatty—we need to understand the status quo to appreciate the deviation from it. So that’s where Mildred comes in. She’s bland, vacant, and obsessed with television. In fact, the most interesting thing she does during the whole novel is attempt suicide.

The alternative is a little more interesting: Mildred is deeply unhappy. She’s severely bothered by the fact that her life is empty and filled with hours of mindless television. But in this world, it's Mildred’s job to be happy. Remember when she insists to her husband that she’s satisfied with their life? “I’m proud of it,” she says. She’s done her duty by convincing herself she’s happy. Since Mildred is the poster child for the average citizen in this future world, we start to wonder if everyone is a desperate suicide case with a shiny smiling veneer. Given that the plumbers who pumped her stomach in Part One have ten similar cases a night, we have to wonder.